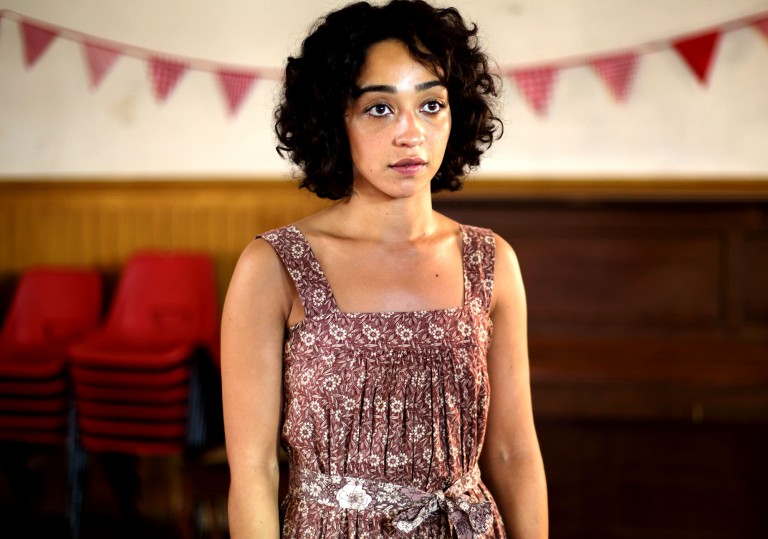 Melancholy characters shine in this powerful portrait of island life.

Maybe too many questions left unanswered? A little more payoff needed after laying so many breadcrumbs.

The beautiful opening sequence of Scott Graham’s Iona is almost entirely silent, save for sounds of nature. It sees Iona (Ruth Negga) and her son Bull (Ben Gallagher) making the long journey from mainland Scotland to the isle of Iona. A burning car is set against the awe-inspiring backdrop of the island, this image setting the film’s visual tone. This is no simple homecoming story, but a drama with a little more bite.

Iona returns home after several years away and she finds a community in stasis. The modern world has not touched this remote isle: milk is still kept in pails; the population comes together to pick strawberries; the church is central to their everyday lives; and most importantly, everyone knows one another. It quickly becomes clear that something more than teenage restlessness caused Iona to leave, as the slow paced narrative unfolds with a pleasing lack of obvious impetus. The speed of the story reflects the speed of life on the island, placing the rugged beauty of the setting front-and-centre as the narrative becomes increasingly bleak.

The eponymous Iona might be the woman or the island, both having equal claim to being the central focus of the film. The contrast between the natural setting and the darkness brought to the island by Iona and her son is reflected in the colour palate. While the native islanders blend with their lush green surroundings, Iona and Bull are shown in shades of blue, instantly differentiating them from their religious neighbours.

Graham employs silence effectively. A look can often convey more than words and this principle is used to great effect as Iona’s arrival home is met with a range of varied, yet unspoken emotions. The unexpressed trauma which caused their return, the reason for Iona’s previous departure, the relationships between Iona, her guardian and her childhood friend: these are left unspoken for much of the film, contributing to the tension hanging over this insular tale.

A dramatically blunt ending feels a little too obvious. Still, Iona reveals a practiced hand and a real affinity for the island communities it represents, while leaving a number of threads untied to ensure a lingering intrigue after the credits have rolled.

Melancholy characters shine in this powerful portrait of island life.

Maybe too many questions left unanswered? A little more payoff needed after laying so many breadcrumbs.