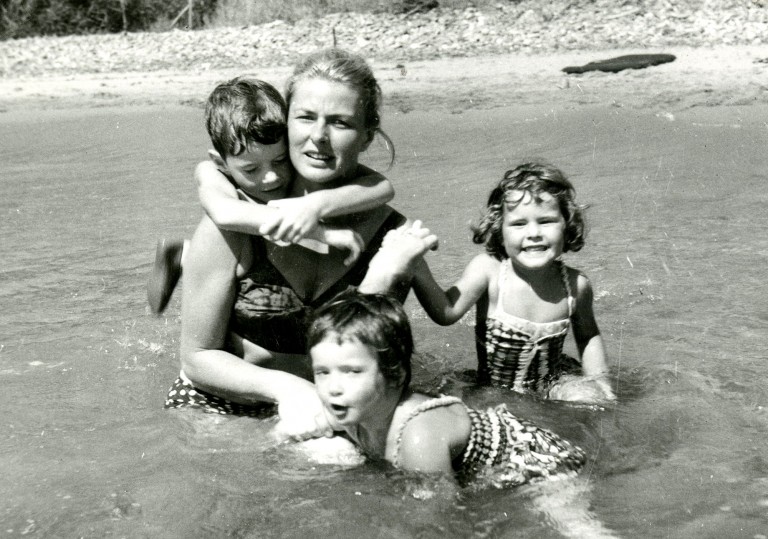 “When I look back on my life, what will I see?”

“I was the shyest creature in the world but I had a lion inside me that wouldn’t keep quiet.”

“I belong to this make-believe world of film and theatre. I never want to leave it.”

“Last night a man at dinner said to me, ‘You’ll never be an actress. You’re too tall’.” Ingrid Bergman wrote this in her diary in 1939. “I thought, he knows nothing about me.” Shortly after this disclosure in Ingrid Bergman in Her Own Words, we see footage from her first screen test for David O Selznik. The young actress sits on a couch, looking relaxed as she glances around and smiles, and then she composes herself and stares directly into the camera, delivering a piercing gaze that has a heart-stopping impact. If the man who sat next to her at dinner had seen this footage, he would have been forced to immediately eat his words. She was clearly born to be a movie star.

Stig Björkman’s documentary is more about the woman than the movie star, however. Drawing on her diary entries and letters (read with a great depth of feeling by Swedish star du jour Alicia Vikander), he has skilfully assembled a touching and intimate portrait of a restless spirit who followed her heart’s desire. “I have a bird of passage inside me, always wanting more, desperate to flex its wings,” she once said, and so she pursued every opportunity for artistic and romantic fulfilment, with her children sometimes appearing to be an afterthought. The film focuses primarily on this relationship, as Bergman’s offspring recall their childhood upheaval and the fleeting moments of happiness they would enjoy together after months apart. Daughter Isabella Rossellini was even thankful that she underwent an operation for scoliosis when she was 11 years old because her mother finally took time off to take care of her.

Bergman’s writing shows her to be strikingly independent and self-possessed, firm in her convictions and unshaken by the doubts of others. We shouldn’t forget just how bold she was to leave behind a comfortable American career to make the film Stromboli with Roberto Rossellini (“If Hollywood could see me now!” she wrote with glee). Or how unflappable she was when her affair with the Italian director whipped up a ludicrous scandal that made her a US exile for seven years. If she had any regrets, she never showed them; in fact, when an interviewer asked her this question she simply replied, “I regret the things I didn’t do, not what I did.”

At 114 minutes, Ingrid Bergman in Her Own Words can be a little monotone (Michael Nyman’s recycled score doesn’t help in this regard), and the late contributions from Sigourney Weaver and Liv Ullmann feel out of place, but the film is never less than engaging and it is a treasure trove of wonderful images. Pia Lindström says her mother’s greatest love affair was with the camera, and that’s borne out by how radiant she looks throughout. From playing with her family in home movies to larking about on the set of Joan of Arc; from the young ingénue on Selznik’s couch to the aged woman in Ingmar Bergman’s Autumn Sonata – she was a uniquely captivating presence. In a touching revelation, Ingrid recalls a moment of insecurity when Ingmar Bergman asked her to appear without makeup in Autumn Sonata, fearing that the reality of her 63-year-old face might deter her fans. “Don’t worry” her director replied, “I’ll get you new ones”. This film might just do the same.

“When I look back on my life, what will I see?”

“I was the shyest creature in the world but I had a lion inside me that wouldn’t keep quiet.”

“I belong to this make-believe world of film and theatre. I never want to leave it.”