In the Last Days of the City 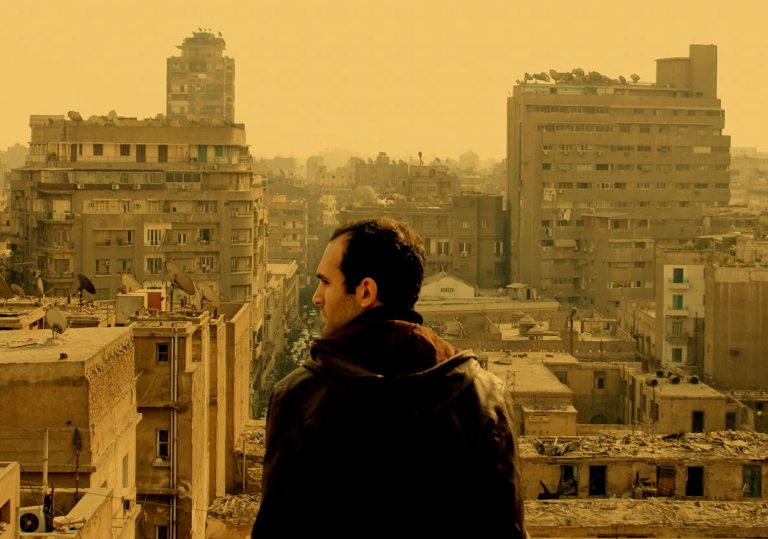 The film has been well received on the festival circuit.

Much time is spent grappling with threads of characters and story, so there’s less time to decipher its wider intentions.

Allow the gorgeous images to resonate and unlock this film’s slow-release pleasures.

This moving, lightly experimental portrait of Cairo melds documentary immediacy with a fictional depth of drama.

This intriguing film offers a patchwork of city life in Cairo before the revolution. Delicately shot projections filter into a stream of exquisite imagery. In the Last Days of the City is a convincing, documentary-style drama with a narrative that comes second to its sense of visual poetry. Director Tamer El Said assembles a wealth of vibrant footage and striking stills of the city he grew up in, and creates a multi-textured film, tense with anticipation and restlessness.

The story follows Khalid, a young filmmaker living in Egyptian capital and intent on making a movie despite having no clear direction or narrative. There is a careful layering of nuance – El Said’s film reflects his cinematic sensibility, expressing sentiment and intensity without ever being too clear cut.

Khalid meets with his friends and professional colleagues, now living in Baghdad, Beirut and Berlin. He discusses their experiences of these diverse cities with great passion and intrigue. One of the film’s themes is the obsession to uncovering truth using the eye of the camera. El Said strips back reality, relying on the authentic depictions of the urban environment rather than a contrived and manipulated version which replicates the presence of being. His film deals in the momentary and the intangible.

The city itself feels like a protagonist, and the film engages with it through a mixture of carefully directed and more verité, hand-held footage, sometimes shot by the characters themselves. The camera locates a rawness in the chaos of the landscape that Khalid and his friends talk about with a mixture wonder and fear. Through shots of a building being dismantled, or a man undressing a mannequin in his shop window, there is something indescribable, maybe even transcendent, that resonates on a deeper emotional level.

The film is a challenging watch, and it’s hard to amply describe its pleasures in words – its poignancy is in a deep affiliation with the life of a crumbling urban centre, captured in a bittersweet tapestry of images that search for a soul without ever quite capturing it.

The film has been well received on the festival circuit.

Much time is spent grappling with threads of characters and story, so there’s less time to decipher its wider intentions.

Allow the gorgeous images to resonate and unlock this film’s slow-release pleasures. 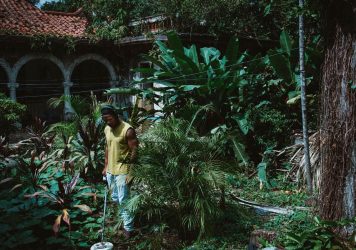