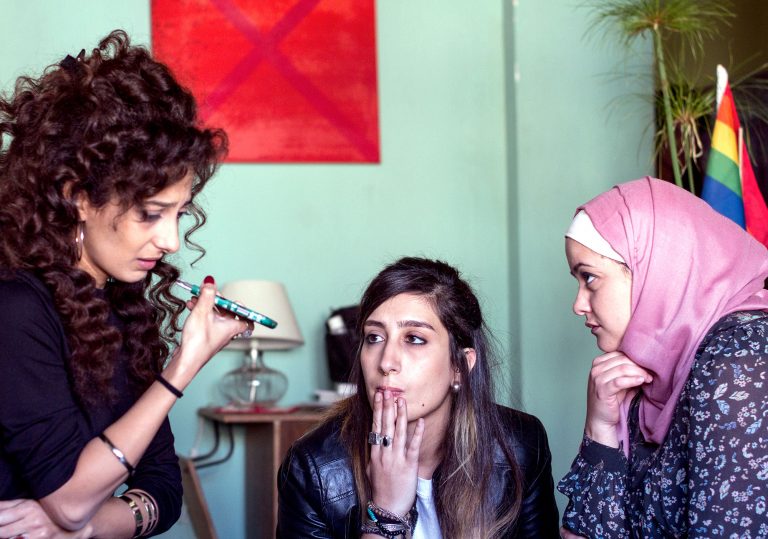 Picked up festival awards from Israel to Toronto, not to mention a fatwa in Palestine.

Beautifully shot with a great soundtrack and three characters you’ll want to remain friends with.

More displays of female friendship like this on screen please.

This warm and engaging film celebrates the friendship of three young Palestinian women.

A sisterhood that forms in fractured circumstances is at the centre of this poignant debut feature from director Maysaloun Hamoud. Following Leila (Mouna Hawa) and Salma (Sana Jammelieh), the film offers an engaging celebration of young and carefree Palestinian women living in Tel-Aviv, still adhering to lingering traditions that exert control over them. Should they speak Arabic or Hebrew? Should they dress conservatively or wear whatever the hell they want? Do they care for your opinion in the slightest? The film is an energetic and resounding middle finger to such pressures and stereotypes.

Hamoud highlights Tel-Aviv as a space thriving with the rhythm and colour of metropolitan life, a hedonistic playground far removed from the constraints of religious custom experienced by new arrival Noor (Shaden Kanboura). An orthodox Muslim, Noor occupies the room vacated by her cousin in Leila and Salma’s flat, bringing with her a palpable air of concern mingled with curiosity. She is a student of computer science, engaged to a man she does not love.

This creates an obvious clash with the freewheeling intoxication, open sexuality and female camaraderie practiced by her roommates. The apartment becomes a tangible representation of the “in between”, acting as both drug-scattered dance floor for a happy-go-lucky clique, and a clean, respectable environment in which Noor can cook for her fiancé.

As Noor peeks into this vibrant side of life, the limitations by which she is most clearly affected become more apparent. This oasis of independence is under a constant threat, from parents with high expectations to boyfriends with a creeping duty towards social conformity which rears an ugly head from under the surface of their superficial liberalism. All three women are creative, intelligent and joyous, yet exhausted from battles they should not have to fight. The men around them seem intent on tearing them apart like the food they crush with their hands at the table, as if they were ripe grapefruits rather than human beings.

Hamoud’s film is concise yet enthralling. It invites the viewer into this closed enclave, but pushes back just as the protagonists start to dance along the metaphorical “in between”. Leila, Salma and Noor are beautifully depicted as individuals, but also as an ad hoc family unit. When trauma strikes, they form the fiercest collective shield and demonstrate the deepest strengths of friendship and protection. Hamoud is bold in her approach to scenes of violence, making the support shown among the three women all the more affecting.

The power of the film is clear in its decision to promote female friendship without the need for rivalry, disagreement or division. These women learn from each other and reject those who expect them to change. The camera rarely leaves their side, preferring to capture domestic personal spaces rather than fill matters out with bustling colour from the wider cityscape. The outside world, with its regressive attitudes, does not win here, but the women of In Between, with their cool resilience, absolutely do.

Picked up festival awards from Israel to Toronto, not to mention a fatwa in Palestine.

Beautifully shot with a great soundtrack and three characters you’ll want to remain friends with.

More displays of female friendship like this on screen please. 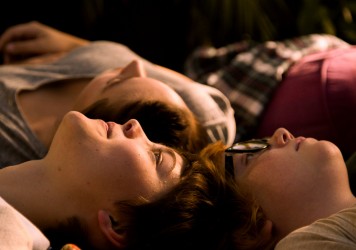