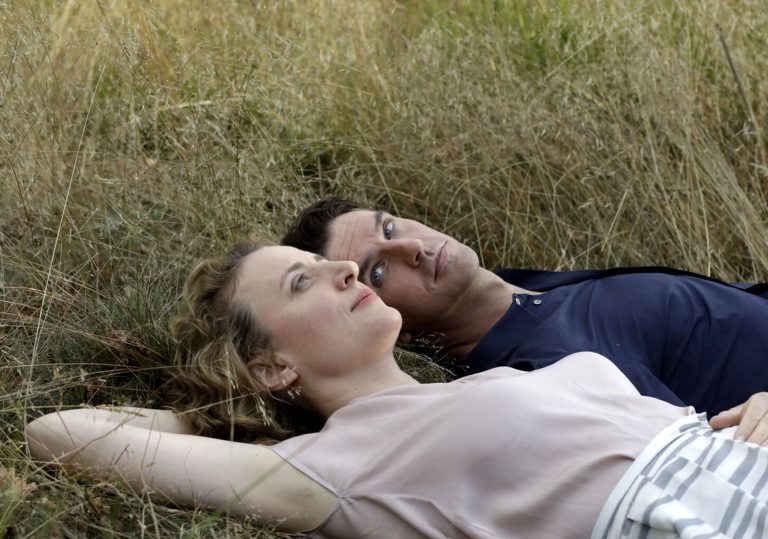 Dan Stevens flexing his German as a humanoid robot could be fun.

A sterile aesthetic and narrative predictability make this a tiring watch at times.

Strong performances and chemistry between the leads are memorable takeaways.

An adaptation of a short story of the same name by Emma Braslavsky, Maria Schrader’s I’m Your Man sees Alma (Maren Eggert) enter into a trial relationship with a humanoid robot named Tom (Dan Stevens) who has been built to her specifications.

The thought of a computer-programmed man of her dreams is not entirely an appealing one, but there is a sense that Alma might be curious, even lonely. Her more public reasoning is that in exchange for completing and offering a personal evaluation of this experiment, she will receive promised funding for her work at the Pergamon Museum in Berlin where she studies cuneiform for signs of early poetry and metaphor.

Alma’s resistance to this project of courtship stifles Tom’s pre-programmed efforts. He whips up buffet-style breakfasts and runs candlelit baths for her per his consumer reports that state these romantic acts are desired by 93 per cent of women in Germany; Alma quips that she belongs to the remaining seven per cent.

His algorithms fail as she realises whatever she thought she wanted from a partner in theory results in smothering hyperbole and over-indulgent attention in practice. She merely wants to get on with her life; her ailing father and demanding career are at the forefront of her thoughts. Tom’s hyper-intelligence and hyper-devotion bring further stresses, particularly when his computerised brain discovers a researcher in Buenos Aires, working in the same field as Alma, has published her own findings first.

Alma’s personal tribulations aside, there is something bland and uninspired about I’m Your Man. The film hits its romantic comedy beats while struggling to find any depth in its examination of both Tom and Alma’s respective “humanity”. Alma is career-driven and has found it difficult to move past her last relationship, two character traits that label her as emotionally hesitant. But robotic? Any such shorthand is a lazy genre trope.

In terms of production design and setting, with the exception of the few scenes that take place outside of the city, there is a cheapened aesthetic on display. Berlin’s modern architecture coupled with soft focus and hazy lighting compounds the sterility of the narrative.

Eggert brings subtleties and strengths to her performance that centre Alma as a more complex character than the script suggests. Stevens assumes his role with uncanny ease, his cold stare and sat nav-esque cadence proving unnerving until his performance begins to grate after the first hour. The two actors pair well but the film lacks the space and imagination to take their characters anywhere more interesting.

Dan Stevens flexing his German as a humanoid robot could be fun.

A sterile aesthetic and narrative predictability make this a tiring watch at times.

Strong performances and chemistry between the leads are memorable takeaways. 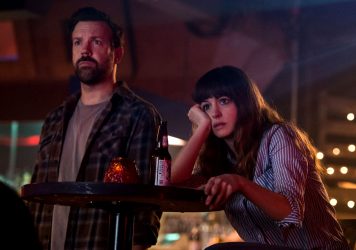 This ultra-quirky Anne Hathaway monster movie is a total disaster – and not in the way it intends. 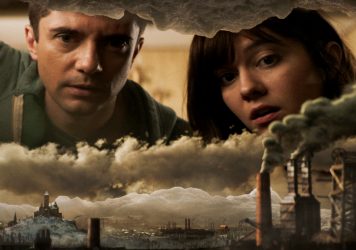