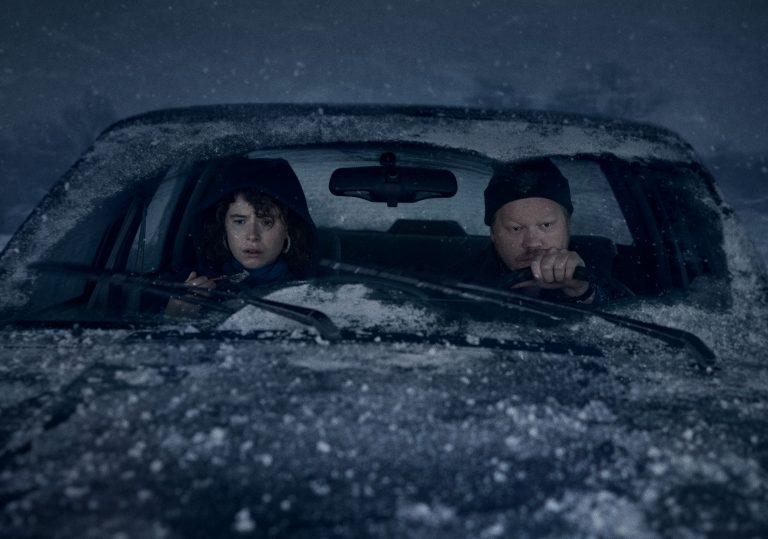 A haunting highwire act that captures a feeling almost impossible to put into words.

Charlie Kaufman presents a mind-bending psychodrama about a young woman’s journey to meet her boyfriend’s parents.

While browsing a website for a local mental health facility recently, I was struck by an interesting sentence: “It is rare for someone to think or say ‘I want to die’. More often, we hear ‘I wish I wasn’t here anymore’, or ‘I can’t carry on’.” Or perhaps, “I’m thinking of ending things.” These euphemisms paper over the bigger, scarier sentiment. Is it truly a desire not to die, or simply a reticence to voice such an ugly, taboo sentiment?

“I’m thinking of ending things” is what an unnamed young woman (Jessie Buckley) contemplates, as she drives to the countryside with her boyfriend Jake (Jesse Plemons) to meet his parents (David Thewlis and Toni Collette) for the first time. Their relationship is fairly fresh – or is it? She can’t quite recall – but she is restless, and doesn’t really see a future with him. Or a present. Or a past. But the thought of finality, once it arrives, won’t leave her be.

Obsession is a running theme in Charlie Kaufman’s work, from his 1999 debut screenplay for Being John Malkovich right through to 2015’s written-and-co-directed Anomalisa. Though his latest film is based on the 2016 novel of the same name by Canadian author Iain Reid (and viewers will probably benefit from familiarising themselves with the source material) it feels as much a part of his frantic, fatalistic worlds as everything that preceded it. 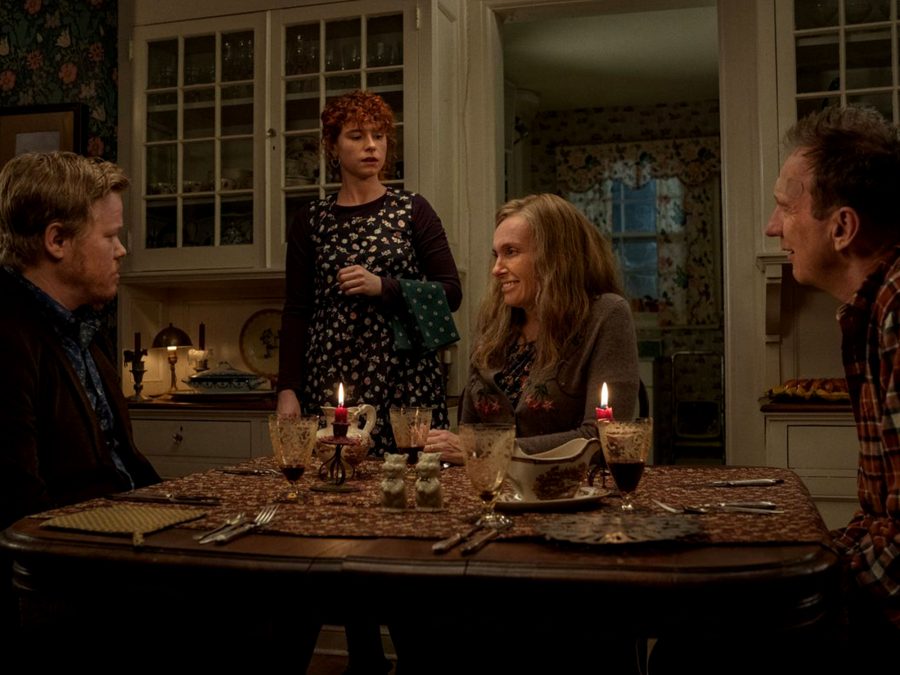 In one remarkable scene, Buckley recites from Pauline Kael’s scathing review of John Cassavetes’ A Woman Under the Influence as if it’s her own stream of consciousness. The decision to reference one of the most famous films about a woman mentally unravelling within a film ostensibly about a woman mentally unravelling appears at first a wry Kaufmanism, but the more one thinks about it – in light of what precedes the moment and what comes after – the stranger it all becomes.

Plus ça change for Kaufman, but while Kael took issue with Cassavetes’ “romanticized conception of insanity”, there’s very little lovestruck about this glacial take on the splintering psyche, and the garish floral wallpaper and doddering, dementing parents with an air of quiet dread about them only add to the sense of psychological displacement. By the time the film reaches its stunning, baffling conclusion, it’s impossible to tell what’s up or down or left or right anymore.

Buckley and Plemmons are predictably compelling (both continuing to build fascinating bodies of diverse, challenging work), and Thewlis delivers the best line-reading of the year while describing the temperature during his brief appearance. For the life of me, I can’t tell you what the hell happened, but I can tell you this: Kaufman’s innate ability to translate the innermost feelings of psychosis and anxiety onto the screen is unparalleled.

His work is often described as surreal, or unusual, but for those who have experienced the dissociative agony of “thinking of ending things” this latest journey toward the void captures a fracturing feeling many have tried and failed to put across. When it comes to something as inherently unfathomable as ending one’s life, it doesn’t matter that we don’t have all the answers – it’s enough to know someone else is paying attention.

A haunting highwire act that captures a feeling almost impossible to put into words. 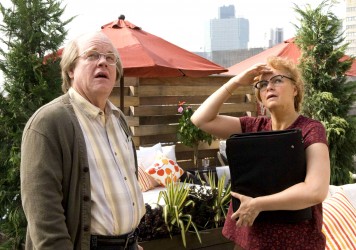