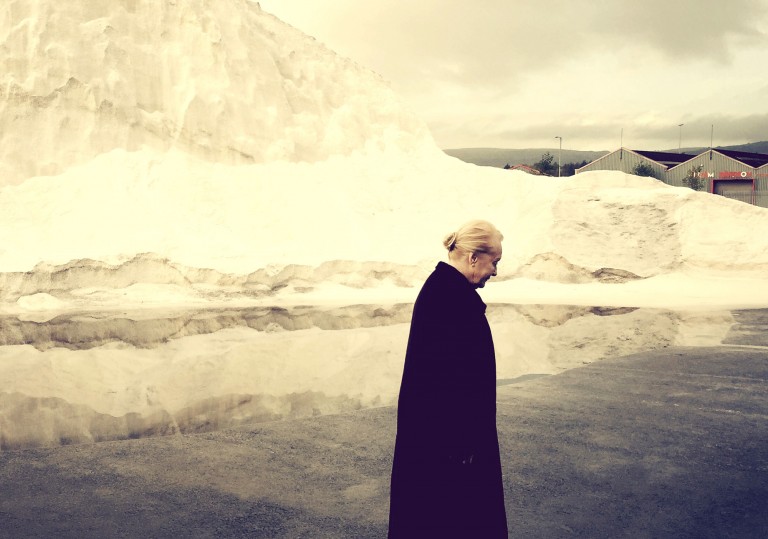 A complex and heartfelt evocation of a divided city.

The most whimsically audacious move by Mark Cousins in a career fuelled by whimsical audacity is the casting of a serene old woman as the city of Belfast. I Am Belfast is part documentary poem rooted in the abstract, and part its writer/director’s specific attempt to make sense of the birthplace that he fled decades ago. Peach-clad Helena Bereen walks the streets of Belfast with an air of studied contemplation while, in voice-over, she speaks lyrical lines. Sometimes she monologues, at others times she is in conversation with Cousins.

The pair begin by expressing childlike admiration for colours and structures. They find art within everyday settings, noting the relationship between charcoal streets and purple skies, observing the serendipitous synchronicity between paint on manmade surfaces and the clothes of passers-by. Rothko paintings are referenced and so are rousing words by Eleanor Roosevelt. This audiovisual commentary is evocative, but connecting with the film’s goal of giving ordinary life the mystery and magic of cinema requires an abandonment of cynicism that may prompt internal struggle. Without audience cooperation, the old lady seems like a dreamer drifting through the urban landscape talking to her imaginary friend.

At about the 30 minute mark, the focus shifts to the bigger, deeper, sadder, more historic picture. “I could soften the story,” says Old Lady Belfast, “Don’t soften the story,” replies Cousins. Hard facts materialise. Between 1971 and 1991, Belfast’s population shrank from 400,000 to 281,000. “119,000 people gave up on me”. “I was one of them,” admits Cousins. “If I could have run I would have,” counter-admits Belfast. Their whimsical verbal dance has pirouetted into deep waters in one bold and fleet-footed move.

Archive footage illustrates ‘The Troubles’, but this film isn’t about lingering in the past as much as tracing its effect to the present. The narrative refocuses on cultural regeneration and the diverse ethnic groups that have brought new hope to the city, except the tone is now more complex. In the same breath that the pair celebrate progress, they lament the Catholic/Protestant divide that now physically manifests in walls throughout the city.

By now it is movingly self-evident that using a gentle current of inquisitive observations, Cousins has swept himself and Lady Belfast into a picture about a highly complex reality. It is all the more powerful because the brush and the canvas come from his singular imagination. Helena Bereen still looks serene in pink, but the details that she observes are stark. The film evokes the legacy of social disharmony, using The Creature From The Black Lagoon to illustrate that the surface may seem tranquil but below hatred and tension still lurk, ready to drag anyone down.

Letting Mark Cousins sweeps you up in his elaborate but considered perspective of Belfast may cause feet to leave the ground. It’s worth letting this happen as the view where he oats is sublimely perceptive. The film reaches a crescendo with two visual metaphors that use everyday imagery to symbolise massive progress. The wider significance of these two narrative peaks is questionable but Cousins’ sincerity is absolute and very moving.

A complex and heartfelt evocation of a divided city.