Here to Be Heard: The Story of the Slits 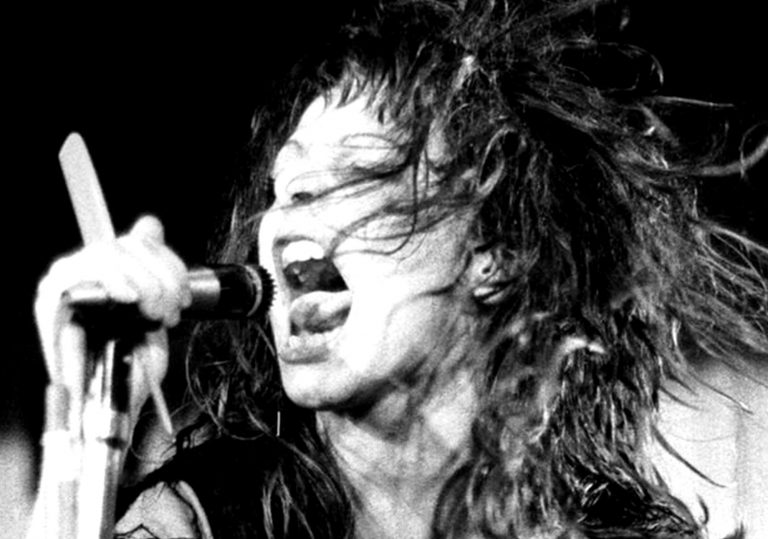 This one’s been a long time coming, so to speak.

The confused politics of (some) ’70s feminists has not aged well.

The world’s first all-girl punk rockers take the stage in this entertaining docu-profile.

In 1976, drummer Paloma Romero – better known as Palmolive – had had enough of the racist, bigoted shtick of then bandmate Sid Vicious. She peaced out of The Flowers of Romance, with guitarist Viv Albertine in tow, and set about forming the world’s first all-girl punk group. Only, The Slits’ incendiary story has largely been redacted from pop culture’s chronicles – so says New York University’s professor of punk and reggae, Vivien Goldman, in this edifying documentary.

Here to Be Heard summons punk’s first feminist firecrackers: Romero, Albertine, bassist Tessa Pollitt and potent frontperson Ari Up. This self- made sorority sought to claim space, choice and new ways of being women, in step with second-wave feminism. Unsurprisingly, the era’s news media were mostly repulsed by the band’s perceived ‘antics’, criticising their rejection of conservative, middle-class, patriarchal values on the eve of Thatcher’s Britain.

With an archivist’s eye and adopting a progressive vantage, director William E Badgley jigsaws The Slits’ legacy back together. Present-day Tessa leafs through her Slits scrapbook, charting the band’s trajectory from opening for The Clash to jumpstarting the ‘riot grrrl’ epoch. Talking head interviews with the group’s key players and notable punk historians are candid and carefree, as is the film’s overall execution.

The DIY spirit of punk is alive in the imperfect production values, which are suitably endearing until the (remarkable) dialogue is muffled by music and/or poor recording conditions. Nonetheless, the film succeeds in its exploration of subculture, individuality and collective identity, from a feminist perspective.

To get this long-awaited doc over the line, Badgley ran a Kickstarter campaign in 2015. He’d already been working on the film for two years with executive producer Jennifer Shagawat, a pal of the band who ensured Here to Be Heard would reflect the last wishes of the late Ari Up, who passed away in 2010.

This one’s been a long time coming, so to speak.

The confused politics of (some) ’70s feminists has not aged well.