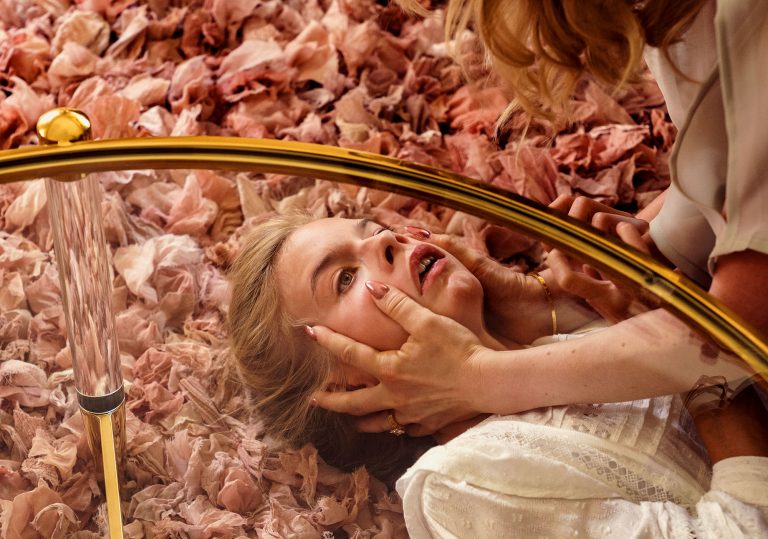 Always a sucker for a creature feature.

Twelve-year-old Tinja (Siiri Solalinna) is a young gymnast tirelessly training for an upcoming competition, but is mostly desperate to appease the impossibly high expectations placed on her by her perfectionist mother (Sophia Heikkilä). Her mother is an unhinged lifestyle influencer/vlogger who is comically irredeemable and turns their pastel-coloured abode into a manufactured nest for AV content.

Nauseating bright hues and floral wallpaper coats the sterile interiors of their suburban fairy tale home, exuding a menacing and sinister aura aligned with the matriarch’s aggressively feminine, idyllic impression of Finnish middle-class artifice. Any and every moment is up for grabs by her camera, as she captures a vapidly upbeat and pompous façade that is starkly at odds with the reality of her dysfunctional family.

These moments of acerbic satire on online culture and “sharenting” (a genre of parent vlogs that heavily relies on filming and sharing details about one’s unconsenting children) are aided by the fact that as viewers, we are not privy to her audience. Is she an influencer performing for a sizeable following, or just a deranged woman obsessed with projecting a fantasy of her ideal life?

When a wounded crow barges through their living room window, knocking over some tchotchkes and smashing a framed family selfie before causing the chandelier to come crashing down on a glass coffee table, Tinja’s mother puts it out of its misery by snapping its neck. That same evening, Tinja hears a crow crying in the nearby woods. She investigates, and discovers a nest with a single egg in it. She brings the egg to her bedroom, and kickstarts a Jungian narrative of fractured identity. 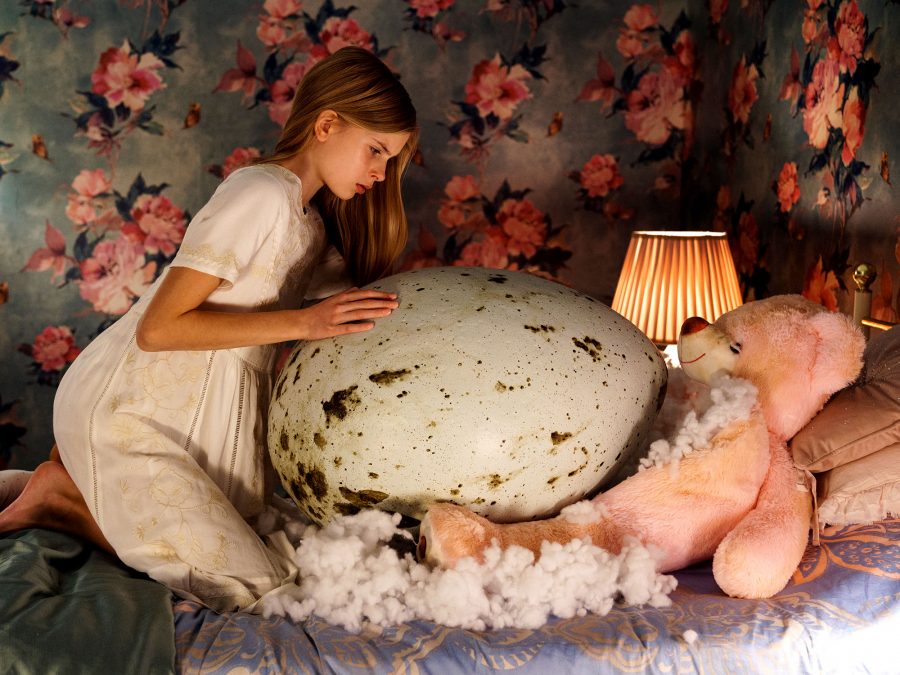 Tinja projects her longing for tenderness, nurture and motherly love onto this strange egg, which grows concerningly large before hatching into a grotesque, mangled bird creature that looks like a slimy cousin of the Skeksis from The Dark Crystal. The audacious spectre of the creature is true stomach-churning nightmare fuel, and the clever fusion of brilliant Jim Henson-esque practical effects and incredible puppetry with digital enhancements will provide horror enthusiasts with a feast of genre delights.

Animatronic work is always a welcome breath of fresh air within a genre overstuffed with CGI. The creature, whom Tinja names Alli, gradually sheds its bird-like features and morphs into something strange and symbolic. Siiri Solalinna gives a spellbinding performance imbued by an intensely detailed physicality. While Alli feeds on Tinja’s literal vomit and tears, it is at the same time, offering her solace from the trauma inflicted upon her by her mother.

Although this central metaphor is perhaps thin and overwrought, director Hanna Bergholm’s approach is nuanced enough to let the plot move beyond it, rather than have it cemented as a central driving force. Stylistic absurdity, on-the-nose satire, delightful gore and ruminations on the abject monstrous feminine provide a great formula that elevates Hatching, while the outstanding camera work, lighting, detailed production design and sharp editing make the film all the more impressive.

Always a sucker for a creature feature.