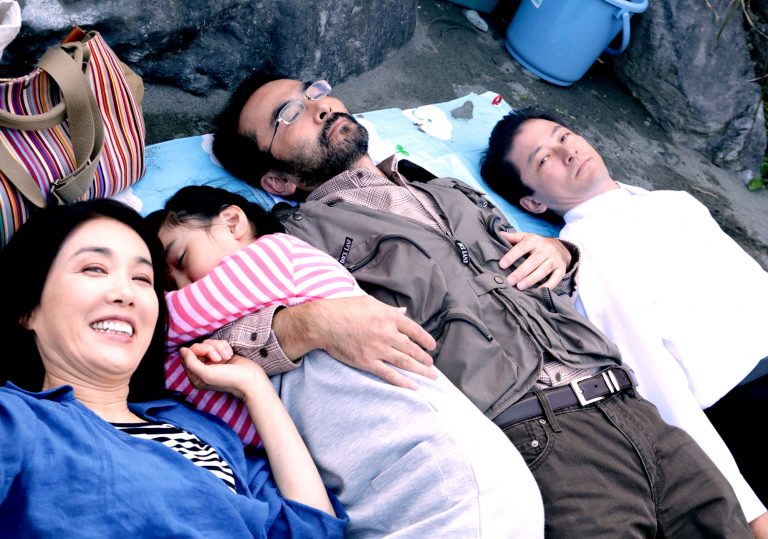 You had us at ‘Tadanobu Asano’.

A quietly tense examination of a family in slow freefall.

A young family comes apart at the seams in this gripping drama from Japanese writer/director Kôji Fukada.

Kôji Fukuda’s Harmonium opens with sounds of the eponymous instrument being played out of tune. Recognising her own shortcomings as a budding musician, young Hotaru (Momonemeta Shinakawa), who is practising for a concert, turns on a metronome to impose a semblance of order on all those bum notes. This also stands as a metaphor for Hotaru’s family life.

Her mother Akie (Mariko Tsutsui), a Protestant, says grace before breakfast and then chats away with Hotaru. Her atheist husband Toshio (Kenji Furutachi), meanwhile, buries himself in his newspaper at the table and ignores both of them. He and his wife are just letting their loveless marriage tick over, hoping that routine alone is enough to cover the underlying and agonising dissonances in this household.

It will turn out in a later scene that Toshio, despite his apparent disengagement, was in fact listening to his daughter’s chatter about a species of spider whose young devour their willing mother. This trivial seeming conversation opens up unexpectedly theological questions on the nature of good and evil (Does the self-sacrificing mother go to Heaven? Will her children go to Hell? And was the mother not once a child?), while also providing a counterpoint to a narrative in which the sins of parents are visited upon children.

The family’s domestic disharmony becomes exposed with the arrival of Yasaka (Tadanobu Asano), an old friend of Toshio’s just released from an 11-year prison stint for murder. With his buttoned up dress shirt, his neatness and his stiff manner, Yasaka is instantly marked as a misfit, but he is also kind, attentive and helpful – in other words, everything that Toshio is not. In their different ways, Akie and Hotaru both love him. Toshio, on the other hand, feels that he represents the return of a guilty conscience and a long buried secret. Something has to give.

Recalling the family films of Hirokazu Koreeda or even Yasujiro Ozu, with its camera an aloof observer of subtle and understated interactions, Harmonium is certainly a domestic drama – but it is also something much darker, capturing the violence and vindictiveness latent in family structures with an austere tension.

The film is divided into two discrete halves (separated by eight years), in which repetitions and correspondences form a sort of structural rhythm. There is the recurring focus on mothers and on a particularly bright shade of scarlet (clothing, flowers, blood). The metronomic pulses of earlier scenes are re-echoed by the anxious, obsessive-compulsive counting of Akie in later ones.

Two men of different generations hired to help in Toshio’s workshop both unsettle the family’s rhythm with their presence. And the photographic image of four figures lying by a river will return, and be radically reworked, in the film’s second half.

“If you look closely,” Akie tells Yasake of the ‘beautiful’ red dress she has just made for her young daughter, “there are lots of imperfections in it.” Harmonium, too, invites the audience to look at the discordances that are deep in the fabric of a family’s surface symmetries.

You had us at ‘Tadanobu Asano’.

A quietly tense examination of a family in slow freefall. 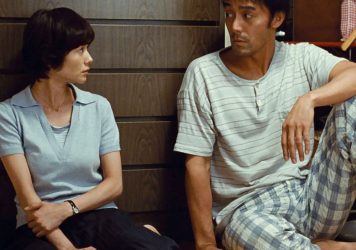 Watch the sublime trailer for Hirokazu Koreeda’s After the Storm

The Japanese writer/director returns with a typically bittersweet family drama.