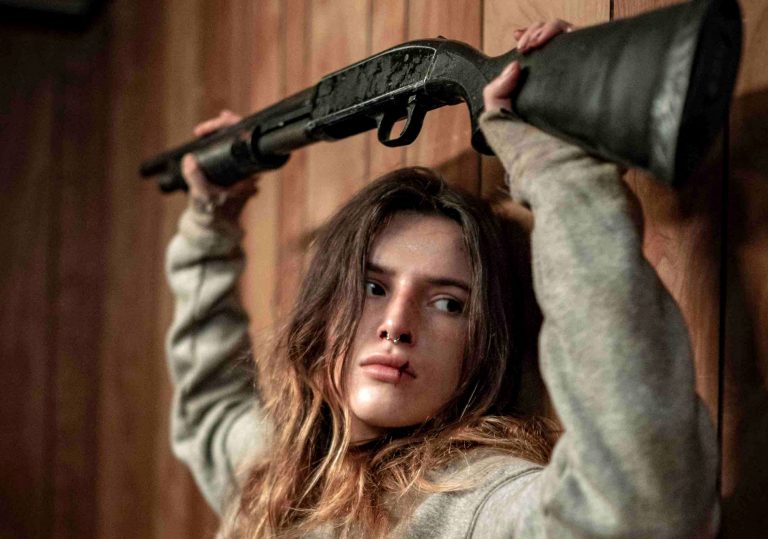 What will Gen Z’s wild card Bella Thorne do next?

Mumble and glower, it would seem.

A Faustian bargain she shouldn’t have taken.

As the septum-ringed avenging angel credited only as ‘Girl,’ introduced on a bus taking her back home to rural Sadnessville from nowhere, her character consists of broad strokes and hand-waving generalities. Her flinty drive to even the score with her abusive father constitutes the only trait by which a viewer might define her, standing out from the morose grunts and withdrawn skulking that feel less like a performance and more like its absence.

A dialled-in thespian would anticipate and account for this thinness by rendering their single motivation as a simplicity in line with myth, as Cage himself did in the Beowulfian warpath head trip Mandy. In Thorne’s case, she takes the path of least resistance in each scene save a blowup late in the second act, instead leaving Girl to be precisely that – another anonymous personage drifting through an overplayed genre, with little to distinguish her.

She’s cheated of her bloody satisfaction when she discovers her dad’s corpse hanging in the garage, perhaps the handiwork of the foreboding local sheriff (Mickey Rourke, one realises in horror upon squinting) or a laundromat charmer named Charmer (writer-director Faust), or as it turns out, both. They’re all cahooted up in a scheme oriented around a twist ending of betrayal between barely-there characters we cannot possibly be expected to care about, nor its vague higher message concerning the evil that families do.

In a film with shoddy character development, pedestrian acting, and dialogue that unwittingly imagines the Hillbilly Elegy video game adaptation, a captive viewer has no choice but to pin their hopes on an intrinsic camp-adjacent pleasure in the eventual sight of a hatchet-wielding Thorne doing battle with Mickey Rourke. While far and away the most diverting passage of this po-faced slog through a miserable pocket of Middle America, it arrives far too late and ends far too soon.

There’s no hint of irony or self-awareness to Faust’s reliance on well-worn stereotypes of meth country, only an acceptance of all bleakness at face value. For Thorne, this tonal dirge exerts a reining-in effect, her usually unpredictable acting style subdued in a register that simulates the illusion of restraint. But as soon as she loosens her repression and lets out the tempest raging within her near the misshapen climax, any notion of newly developed control falls away with the return of her signature haphazard technique.

The point at which she throws caution to the wind generally represents the high point of a Bella Thorne vehicle, drab films produced on the cheap and sold to the built-in audience of her fanbase. She takes a novel tack to the task of reading words, dropping emphases at strange beats in a sentence to make a volatile be-bop of the English language, but Faust’s leaden creative hand tamps down that spark.

Thorne’s capable of more than this, even if the question of how much more remains unresolved. For an actress possessed of such raw undisciplined energy, the one thing viewers could count on is that there’ll never be a dull moment so long as she’s onscreen. In this low valley of a less-than-distinguished filmography, not even that can be taken for granted.

What will Gen Z’s wild card Bella Thorne do next?

Mumble and glower, it would seem.

A Faustian bargain she shouldn’t have taken. 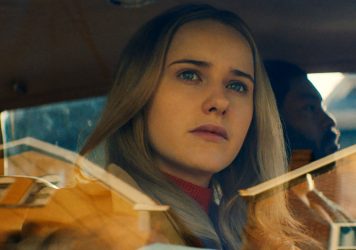 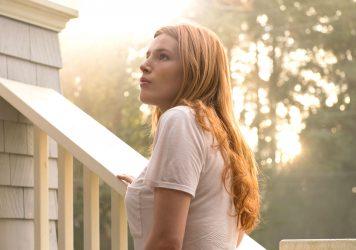 This teen-baiting romantic drama about a girl living with a rare disease is clichéd in the extreme. 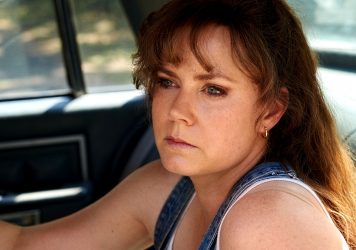 Despite strong performances from Amy Adams and Glenn Close, this misjudged melodrama is an insult to those it claims to represent.