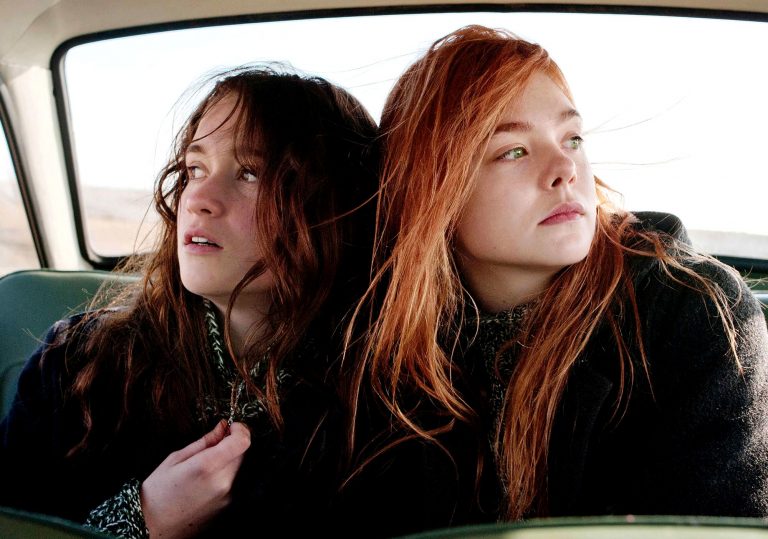 Worth keeping tabs on the always-idiosyncratic Sally Potter.

Sincere and heartfelt, but there are too many rough edges for it to take of as a satisfying drama.

Feels like Potter had a more abstract movie in mind, but tried to package it for a more general audience.

On the back of Orlando, her astounding, Jarmanesque debut film from 1992, Sally Potter has (rightly) remained a key player in the pantheon of modern British arthouse directors, even though she has never quite managed to eclipse the swirling, lightly avant-garde genius of that early missive.

Her follow-up, 1995’s The Tango Lesson, was certainly a bold and, at times, transcendently beautiful side-shuffle, but was marred by its rough edges and less-than-stellar performances, not least from Potter herself.

With her latest, Ginger & Rosa, all her strengths and weaknesses as a director are present and correct. On the plus side, it’s a study of burgeoning ideology and sexuality which refuses to settle into a staid generic template, comprising a series of short elliptical episodes rather than a tired three-act sweep.

It’s also a film which locates a satisfying thematic universality by zeroing in on a very specific time and place: though the action takes place in the smoky outskirts of London during the early ’60s (photographed moodily, if rather obviously by Robbie Ryan) and concerns a young girl’s growing anxiety at the precarious state of world affairs (specifically, the threat of nuclear holocaust during the Cuban Missile Crisis), it channels current fears of nuclear annihilation and very real concerns about the future of the planet.

And yet it’s also a film which lacks any genuine dramatic heft and is constantly hampered by an ensemble of actors who all appear to be working on very different artistic plains. At its centre is Ginger (Elle Fanning), the only child of dowdy, petit-bourgois housewife Natalie (Christina Hendricks) and her absentee poet-warrior father, Roland (Alessandro Nivola), a man of fly-boy good looks who was a conscientious objector during World War Two.

Ginger’s wayward friendship with the emo-inclined latch-key sprite, Rosa (Alice Englert), takes up the early part of the film, and we are given regulation scenes of teen rebellion in which the pair smoke cigarettes, recite poetry and shrink-fit their bluejeans in the bath.

But this central friendship, initially suggestive of something like Peter Jackson’s Heavenly Creatures, fades into the background as Potter chooses to follow Ginger’s path into the CND movement and examine the reasons behind her gradual estrangement from her friends and family and her gnawing belief that she’s going to die young. The title of the film is misleading, as Rosa becomes more of a bland plot instigator than character in the second half of the film.

Fanning, so great in Sofia Coppola’s Somewhere and JJ Abrams’ Super 8, here dispenses with her appealing aptitude for loose, earnestly naturalistic performance to deliver a very trad ‘leading lady’ turn that – with its agonised wails and actorly gestures – is robust, but disappointingly conventional. Hendricks is sadly miscast as Ginger’s long-suffering mother, her forced English accent is too noticeably clipped and her natural glamour undercuts the fact that she’s left to feel alone and insecure by Roland.

Potter’s aim, it appears, is to juxtapose the threat of a looming world disaster with dissolution of a politically and romantically fractured family, and she aims to depict how those nightmare scenarios might chip away at Ginger’s fragile sense of self. But the boldness of intent never translates into particularly lucid or moving cinema, and a climactic screaming match (followed by obligatory kissing and making up) not only comes as something of a weak denouement, but seems to undermine the film’s cautionary thesis by stating that ‘it’ll all be alright in the end’.

Joe Dante explored similar notions, albeit with a more male-oriented bent, far more cogently and entertainingly in his 1993 film, Matinee.

Worth keeping tabs on the always-idiosyncratic Sally Potter.

Sincere and heartfelt, but there are too many rough edges for it to take of as a satisfying drama.

Feels like Potter had a more abstract movie in mind, but tried to package it for a more general audience.