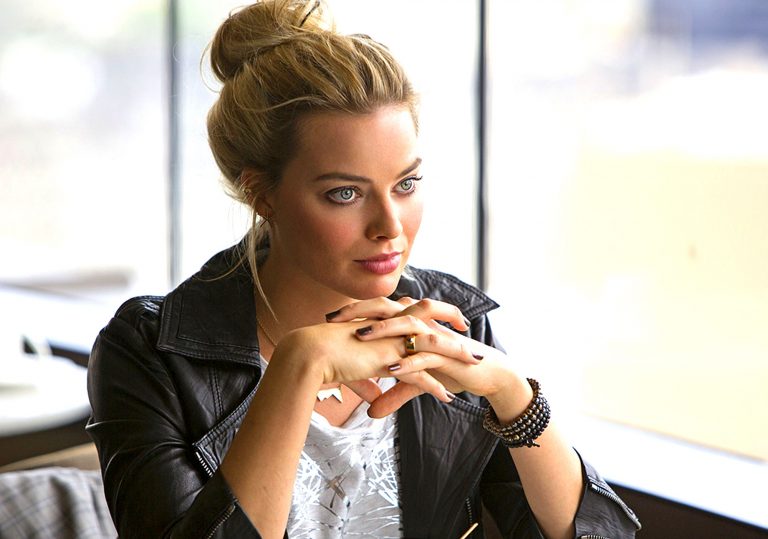 An ill-judged star vehicle that barely makes it out of the pit lane.

Focus is the flashy, crass and ultimately rather daft new film from Glenn Ficarra and John Requa, the writing/directing team behind the significantly more likeable I Love You Phillip Morris. That movie showed Jim Carrey stepping exhilaratingly outside of his comfort zone. This one finds Smith trying desperately to crawl his way back into his.

The last few years haven’t been all that kind to the Fresh Prince star. He’s ostensibly one of the biggest movie brands in the world, though to maintain that status he could do with a monster hit. After Earth, Seven Pounds, even Men in Black 3, they were all disappointments to varying degrees. Alas, if the purpose of Focus is to reignite Will Smith’s fading star, then it struggles to find its spark.

Smith plays Nicky Spurgeon, a charismatic career criminal blessed with an almost preternatural talent for thievery. He recruits up-and-coming huckster Jess Barrett (Margot Robbie) to unwittingly carry out his latest scam, before cutting ties completely when she gets a little too close to the truth for comfort. Fast forward a few years, and their paths cross once more, this time in the ridiculously opulent world of international motor racing where they’re independently plotting their own ingenious shakedowns.

Focus is a vulgar and exasperating film, one that strives for that particular strain of Steven Soderbergh/Out of Sight-era swagger, and finds itself falling almost pathetically short. Riffing shabbily on superior works like The Thomas Crown Affair, Trouble in Paradise, and, hell, even Dirty Rotten Scoundrels, Ficarra and Requa depict a world of glamorous criminality and luxurious sex. However, beneath their movie’s classy veneer lies a viscous layer of racial stereotypes, random homophobia and casual sexism. In this unsavoury universe, Australians are sleazy drunks, Asians are incorrigible gamblers and Mexicans are overweight slobs. Tawdry jokes about gay sex (male and female) are fair game. Women are tools to be used by men in wider schemes they wouldn’t understand.

In this respect, the picture feels fundamentally fraudulent. Sure, characters sip expensive wines in exotic locales, sleep in beds with enormous linen headboards (the headboards in this film are amazing) and hang with the glitterati at lavish society soirées. But it’s all a distraction from the intrinsic classlessness of the enterprise. The film wants to be a 1928 vintage Krug, but in reality it’s a Blue Nun spritzer, and someone’s run out of cocktail umbrellas.

Artifice is everywhere. To wit, one of the most significant scenes in Focus takes place in a VIP box during the Superbowl. Except, it’s not the Superbowl. It’s a non-branded, fictional version of the Superbowl, featuring fabricated teams like the non-existent Chicago Rhinos. Clearly, they couldn’t get the rights to use the real thing, and that’s fair enough. But in a film that wants you to (yes) focus on the small stuff and gradually piece together the bigger picture as the convoluted plot unfolds, this kind of detail really matters. If viewers can’t buy into the fictional world the film’s selling, then what investment should they make in the ensuing chicanery?

Earlier in the story, we’re invited to explore the gang’s temporary base of operations, a den full to the brim with stolen goods and dirty money. But they’ve got blackboards: they’re literally writing down every single thing they’re doing in chalk. Chalk! Basically, they’re the worst criminals ever. You can tell they’re the worst criminals ever because people start showing up spouting ridiculous macho bullshit such as, “just do what you’re being paid to do, shit-heel” like they’re sleepwalking their way through an Elmore Leonard pastiche. In fact, everyone in Focus is essentially just sleepwalking their way through an Elmore Leonard pastiche. Incredulity abounds, making it rather bloody hard to give a monkeys about what’s happening to anybody during the film’s progressively topsy-turvy narrative.

At the centre of it stand Will Smith and Margot Robbie: two stars circling each other, waiting for the most opportune moment to collide. Admittedly, they come tantalisingly close. Their chemistry is tangible and infectious, and they’re absolutely worth watching even as the film’s absurdity starts actively screwing both them and the audience over in a final act that’s about as satisfying as a brick sandwich. The question is: just how many comebacks does Smith deserve?

An ill-judged star vehicle that barely makes it out of the pit lane. 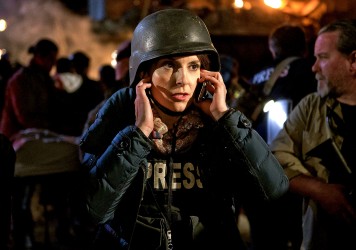