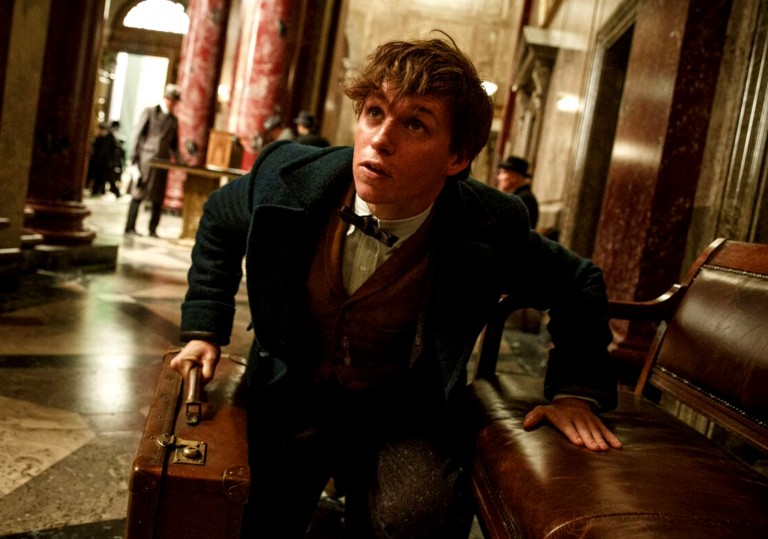 Early trailers were encouraging, but do we really need more CGI monsters?

Overlong, lacking for tension and packed with two-dimensional characters.

A disappointment that underlines how great the original Harry Potter films were.

The first important thing to note in this or any review of the most anticipated film of 2016 is that Fantastic Beasts and Where to Find Them is not a sequel to the Harry Potter films. On paper, that concept actually sounds quite promising. The present-day set universe of witchcraft and wizardry school, Hogwarts, has already been explored in exhaustive detail across eight films and a play, so a change of scenery should be more than welcome. Moreover, if there must be more films set in this universe, then they should at least try and offer something new and exciting.

The events here are set against the backdrop of 1920s New York City, occurring decades before Harry Potter is even born. There’s an entirely new set of characters, most of them American, and a new cast of actors, the majority of whom are much more famous now than any of the Potter cast were when first introduced in 2001’s Harry Potter and the Philosopher’s Stone.

But it is precisely in that move from the UK to the US, and from the present to the past, that much of that original appeal has been lost. It leaves something resembling a film about wizards and magic, but which upon closer inspection, is not really a film at all.

After arriving in New York and accidentally unleashing a host of magical creatures kept in his luggage, British magician Newt Scamander (Eddie Redmayne) goes on a quest across the city to retrieve them. It is in this initial premise that the fundamental problem of the film lies. While the original Potter films made an incredible fuss of anyone using magic in the non-magical, ‘Muggle’ world – even to clean dishes or cook dinner with magic in the presence of muggles was a grave offence – here, open use is all but permitted and seemingly not worth much mentioning. After introducing the idea of wizard law-keeping in the form of special agent Porpentina Goldstein (a gravely underused Katherine Waterston), who initially arrests Newt for his indiscretions, the theme is all but abandoned in favour of open usage and, thus, much mayhem and carnage.

The difference in these series reproduces the notion of America’s defence of personal freedom over a British sense of propriety and restraint. But this does not explain why the film itself, and its characters, take such a flippant attitude towards the heightened visibility of creatures and the expansive destruction they cause. It’s consequence-free mayhem which constantly puts the magical world at risk of being discovered by non-magicians.

A rhinoceros-like creature bursts through a brick wall in the Central Park zoo. Later, a greedy little creature ransacks a jewellery store. Not only does Newt not seem to care a great deal, but neither do the other, more officious characters. A succession of excessive, unavoidable and absurd destructions are there for idle spectacle and nothing more.

In this world, damage is repaired instantly and Muggle minds are wiped at will, and en masse. This is all the more astonishing when considering the original Harry Potter films were at their funniest, most pleasurably surreal and endearing when magic would come to flood the Muggle world, creating total chaos and gradually driving Harry’s adoptive family insane. 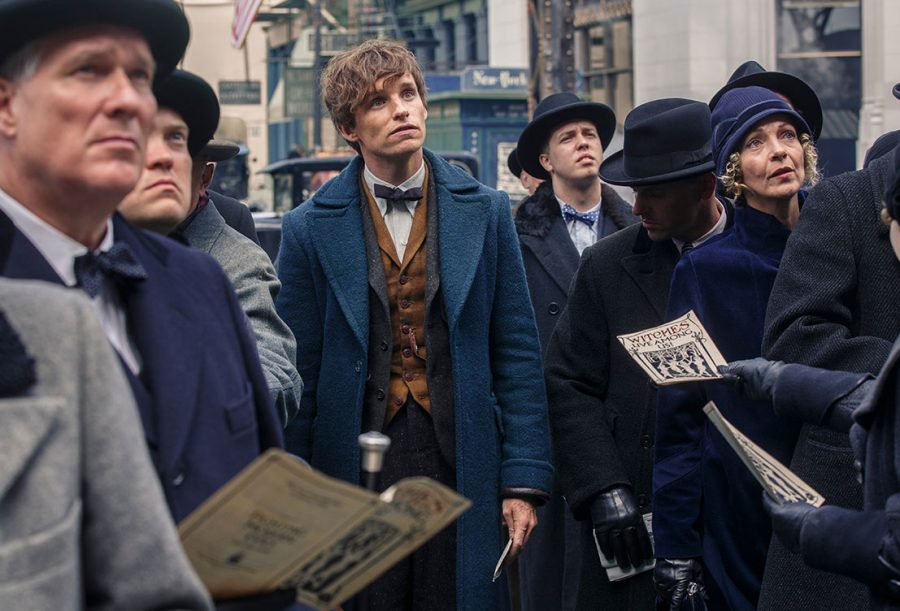 Just as in Peter Jackson’s Hobbit films, which attempted to reignite Middle Earth fever some years after the final Lord of the Rings extravaganza, it is the genuine sense of wonder and awe that is lost in this film. The lack of a unique surprise element following 15 years of Potter ‘content’ isn’t necessarily to blame. Be it in the first or fourth film in the original series, every element of the world had a narrative reason to be there beyond simply superficial beauty or amusement. From Quidditch to the Phoenix or Dobby the house elf, all were wonderful, but all of them narratively motivated.

Here by contrast we are challenged to feel awe for CGI creations that are introduced for no real purpose relating to plot, story or emotion. Being totally inconsequential, their extravagant visibility and destruction makes no real difference to proceedings. Their sole motivation is to display the originality of a fully realised world and the CGI technique of the artists involved.

It is as if JK Rowling – who, tellingly, takes full screenwriting credit here – has fallen in love with the universe she has created, failing to understand what made it so popular and beloved in the first instance. It wasn’t the magic alone, but the connectivity of it all, the way in which it all made sense. The Potter films were consistently unaware of their own awesomeness.

The film introduces its themes, from discrimination and abuse to homosexuality and the closet, without ever fully exploring them in a coherent way. Characters embodying these themes are deployed like human shortcuts to subtext. They signpost meaning that quite simply is not there. They form instead a confusing backdrop to the basic A to B plot.

The period setting, too, adds little but pretty costumes and interesting architectural designs, with few links made between contemporary events and those taking place in the wizarding world. An overbearing soundtrack, meanwhile, dominates the film in a way John Williams’ wonderful Potter scores never did, straining to stir emotions or create a sense of movement and action when little of any impact is actually happening onscreen.

While the magical adventures of the original series appealed to teenagers, it is difficult to see who this overlong introduction to a dozen or so harmless CGI creatures against a background of pseudo-politics might actually appeal to. Encompassing all of the perplexing issues unanswered by this film is one simple question: who is it for?

Early trailers were encouraging, but do we really need more CGI monsters?

Overlong, lacking for tension and packed with two-dimensional characters.

A disappointment that underlines how great the original Harry Potter films were.