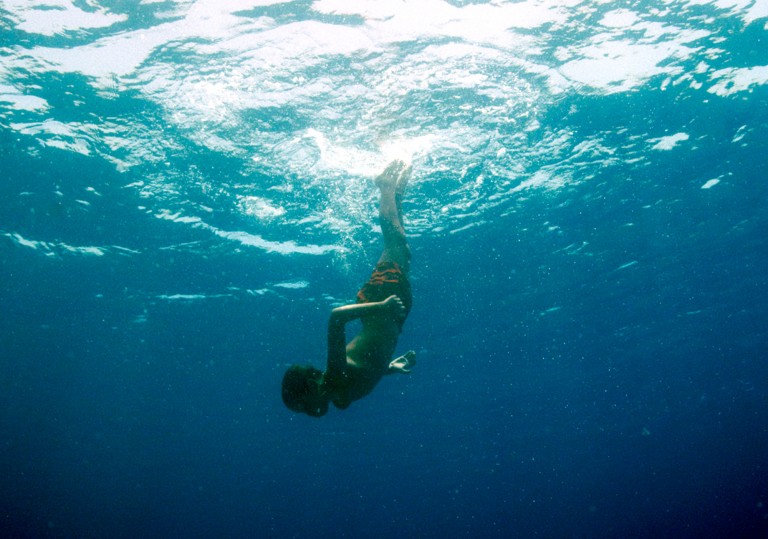 Comparisons to Under the Skin have been made.

Too sensual for words.

Evolution is sensual cinema. Lucile Hadzihalilovic’s second feature evokes the perspective of a child who cannot translate the strangeness of the world into words. Analysing this film with any sense of authority is a doomed endeavour. Better just to describe it.

It is comparable to Jonathan Glazer’s Under the Skin in that everyone will interpret the ‘story’ in a different way. A more communal experience will be the appreciation of Manuel Dacosse’s sumptuous photography. The colours are almost too saturated to be real – and yet the settings evoke all that is glorious about the natural world. After 90 minutes of such heady beauty in colour and composition, anecdotal findings would suggest that people depart from the cinema in the altered state of a swoon.

Nicolas (Max Brebant) is a tiny slip of a tanned boy with big brown eyes and small red swimming trunks. He lives on an island with equally small boys and their strikingly pale mothers. There are no adult men anywhere. The film opens with coverage of the island’s clear surrounding waters, white foam collecting as the waves crash into rocks with a crackling hiss that rings in your ears. Thomas dives into the calmer, deeper blue and finds what seems to be a dead boy of his age. His mother dives in after and brings back only a red starfish.

What follows is virtually dialogue-free world building. Everyone on the island lives in spartan conditions. Homes contain tables, chairs and beds. Meals consist of a slimy seaweed-like substance washed down with a few pipettes of delicious iodine.

Hadzihalilovic’s stately pacing creates a feeling of relaxation tinged with adrenaline. Something eerie is unfolding, one perfect image at a time.
There are elements of science fiction, body horror and coming-of-age drama at play. Fabiola Ordoyo’s sound design is incredible: squelchy, precise and echoing. Nicolas is a stoical little boy, reacting to strange rooms and even stranger events with sad-eyed pragmatism. In his acceptance of nightmarish circumstances is something of the real world burden of knowledge that accompanies growing up. Conversely, the specifics of his burdens are surreally and viscerally inventive. The combination of the familiar with pure otherness creates a mesmerising atmosphere.

Images and themes recur: stars; the colour red; starched medical procedures; goo; bodies; the metronomic robot beat of the mothers’ footsteps. The deeper you go (if you accept the film’s non-narrative power), the more you’re able to abandon your logical faculties. On the surface there are basic stakes to entertain: Nicolas is the hero and he is in peril. There is a selfless angel on his side. Events feel predestined. Very little is explained. Many characters are defined by alien, Pre-Raphaelite looks.

The ending offers a comparative landslide of information in terms of enabling a read of what the film is all about, but even that is very abstract. What makes Evolution unforgettable is not its story, but the seductive pull of its carnal language and what that means for a young boy who can’t help but lose his innocence.

Comparisons to Under the Skin have been made.

Too sensual for words. 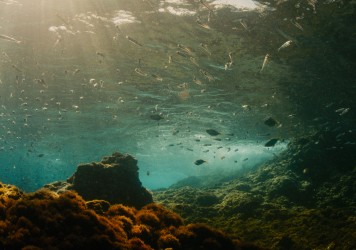