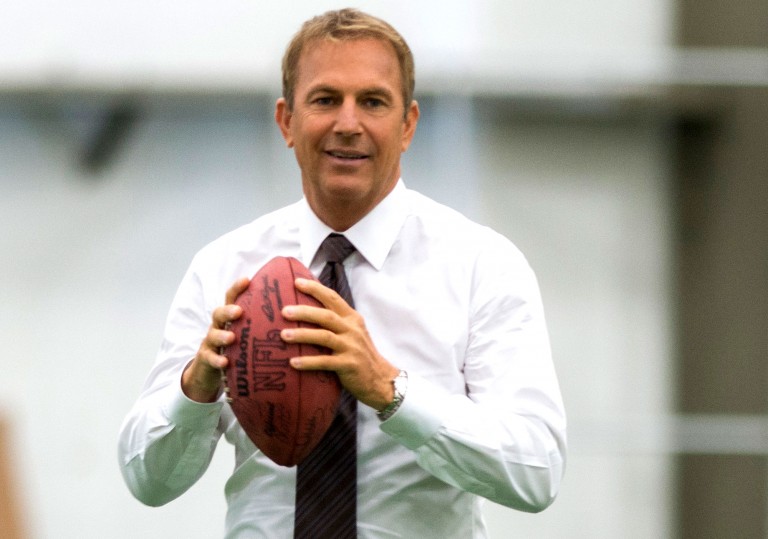 American Football makes as much sense as Finnegans Wake.

Builds up to a surprisingly epic and tense climax.

Costner pulls this one through. His speaker-phone acting is second-to-none.

UK viewers might baulk at the notion of a film concerned entirely with the alien phenomenon of the NFL draft pick process. This involves a shiny-floored X-Factor-style studio set-up as pink-faced execs with flat-tops host a nailbiting day of American football player trading. Director Ivan Reitman neglects to offer a contextual crutch to his non-American cousins which explains what the hell is going in this glossy, administrative farrago, but it’s a testament to the innate drama of the “event” that, improbably, it all ends up making total sense.

As head honcho of the underachieving football also-rans, the Cleveland Browns, Sonny Weaver Jr (Kevin Costner) has been landed with a crater-sized problem in that his team are pants, and tell-it-like-it-is shock jocks are calling for his professional balls on a platter. And the season hasn’t even started. He’s also getting grief from Jennifer Garner, the team’s accounts exec with whom he’s also secretly canoodling, and his nagging mother (Ellen Burstyn) who boasts a bizarre two-tone hairstyle. In order to win over a fickle public, Sonny has to score big at draft day, and so makes a crazy, high-risk deal with rivals the Seattle Seahawks in order to get first dibs on the blond-haired, blue-eyed hot young thing, Bo Callahan (Josh Pence).

The film involves lots of shots of men small-talking on speaker phones surrounded by rooms of whispering flunkies stroking their chins, trying to get one over on each other. By the half way point, things aren’t looking pretty for Sonny as he realises that there may be more (or less) to Bo than on-pitch prowess. He needs to find a way to discover whether Bo has heart. As Sonny needs a man with heart. Reitman opts for a supremely hands-off directorial approach, allowing the natural charisma of his actors to shine through, and he particularly capitalises on Costner’s ability to speechify without letting the syrup flow too thickly.

Although the film is ostensibly about a subject which many would find unappealing, the film could be read as a sobering exposé on how big business deals are made in front of ticking clocks and with the help of much brow-sweating and gut instinct. As a microcosm for world geopolitics and the way in which deal makers are always fully aware of their advantage over others (and their subsequent willingness to ring competitors dry), it’s a film which shows how ruthless people are in business and how success and failure can hang on a the correct intonation of words and just the right, or just waiting to the exact right second to start that potentially world-destroying dialogue.

American Football makes as much sense as Finnegans Wake.

Builds up to a surprisingly epic and tense climax.

Costner pulls this one through. His speaker-phone acting is second-to-none. 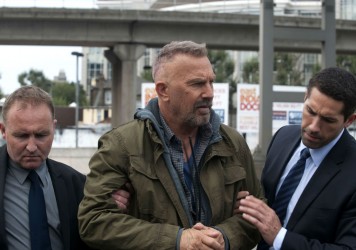 What the hell happened to Kevin Costner?

He was one of the biggest stars of the ’90s, then Hollywood left him behind. So what would it take to bring Kevin Costner back?