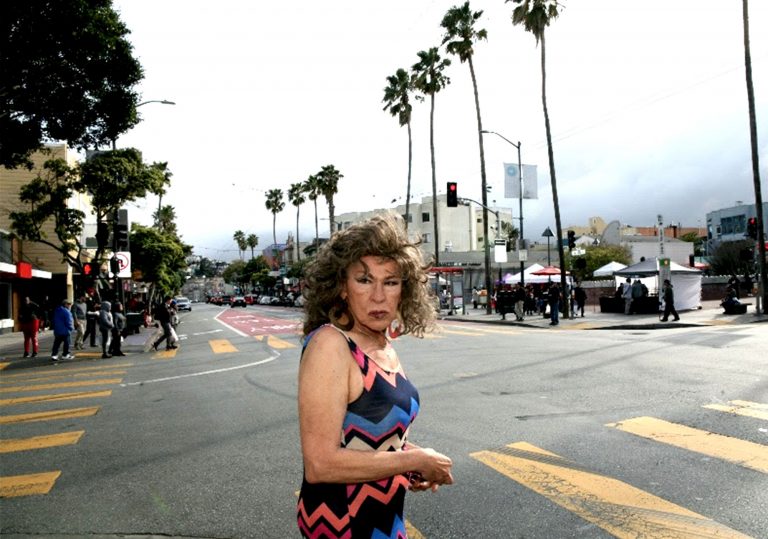 Stories of trans resilience are vital.

Donna’s laugh is infectious and trans joy is beautiful.

Succinct pace would have benefitted this sweet, uplifting and heartwarming portrait.

Jay Bedwani presents a captivating portrait of drag icon Donna Personna as she writes a play to commemorate the bravery of her trans sisters.

“When you’re free to be, you can be magnificent.” This is the mantra guiding the transgender, luminous and wholly transfixing Donna Personna. Most known for being part of the legendary drag troupe The Cockettes, the celebrated performer and activist is the titular and captivating subject of Jay Bedwani’s documentary.

No two trans stories are the same, and it’s validation, empathy and community, rather than Donna’s achievements, that make up the cornerstones of the film. “1950s suburbia was no place for a sissy like me”, Donna explains while looking at old photo albums. Her life as a trans activist and performer in San Fran is a far cry from her conservative Baptist upbringing in San Jose, where she lived until the age of 19. Yearning for her estranged siblings – who still know her as ‘Gustavo’ – to meet and love her as Donna, she musters up the courage to reconnect with her sister Gloria.

We also see Donna in the creative process, writing a play about the Compton Cafeteria riot alongside Mark Nassar and Collette LeGrande. Three years before the infamous Stonewall riots broke out in New York, a group of trans women stood up against police in Gene Compton’s Cafeteria, a popular queer spot in the “Trans Cultural District” of Tenderloin. A woman fed up with the harassment and abuse that her community was facing, is said to have thrown a cup of coffee in a police officer’s face, sparking a riot that marked an unprecedented moment of trans resistance against police violence.

To honour the lives of these women and cement the legacy of their groundbreaking riot, Donna wholly devotes herself to the story of this overlooked event in queer history. We bear witness to rehearsals and conversations as she shares anecdotes with the theatre group, before the film concludes with the site-specific performance of the play, set in the historic venue.

Bedwani’s camera quietly observes Donna day-to-day, unassumingly delineating a candid and intimate portrait of her inner world, her creative pursuits, and the way she nurtures her trans children, yet by favouring a practically equal focus on family rapprochement and the play she is writing, the pace and intensity of the narrative are slightly compromised.

Stories of trans resilience are vital.

Donna’s laugh is infectious and trans joy is beautiful.

Succinct pace would have benefitted this sweet, uplifting and heartwarming portrait.