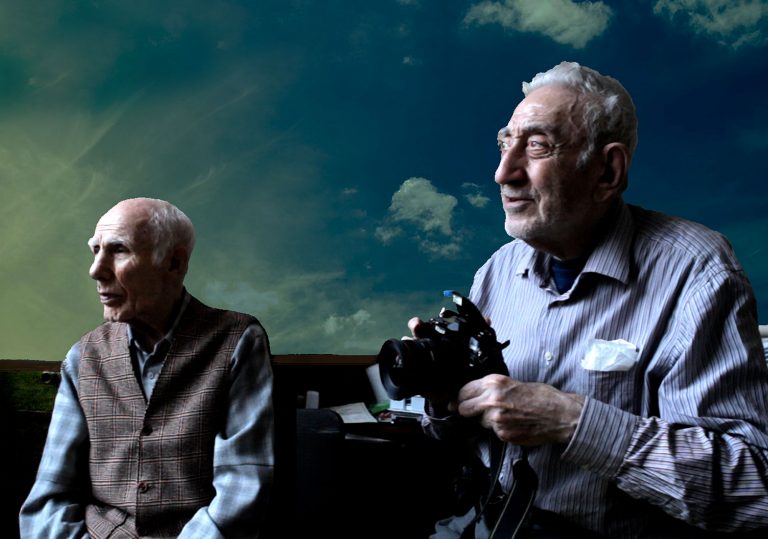 Arrives via the cutting edge of the American indie film festival circuit: True/False and BAMcinemaFest.

A rich experience – and not an especially tough sit.

But maybe it should be?

The corner of the sky under which the stars of Distant Constellation are dying is Istanbul, in a retirement home dimly illuminated by cold fluorescent lighting, flickering television sets and fading memories. Outside the windows, a massive construction project is underway, though it’s currently nothing but a pit, which only some of the film’s subjects, surely, will live to see filled in.

Though the two spaces of Shevaun Mizrahi’s documentary are sealed off from one another, the multipronged symbolism is unmistakable: a literally concrete reminder of time’s forward-owing relentlessness, built by a waxing generation as a waning generation watches.

Mizrahi’s first film, shot over several years as the American filmmaker visited her father’s native Turkey, is about all the big existential stuff, though a further step back from the void than Frederick Wiseman’s Near Death or Allan King’s Dying at Grace. It’s primarily a meditation on memory, at the moment when memory is all the individual has left.

Mizrahi’s circumscribed scope gives the film focus and density. We never see any caretakers, relatives or trips outside, and she allows a few subjects to grow into portraits that give a sense of the fullness of life, inflamed or blinking in and out erratically – a characterful variety of emotion, which gains gravitas from the way it’s inevitably shaded by regret or fearfulness.

An older survivor of the Armenian genocide seems to have more mental equilibrium, despite the croaking voice with which she dredges up the story of her family’s forced conversion. With her spine curved at an almost 90-degree angle from her waist, she hunches into the camera – even nodding off for a second mid-sentence – and a single tear forms on her otherwise husk-dry face in frame-filling close-up.

Two old men ride the elevator up and down the three-storey building all day, philosophising: one short and voluble, narrating and navigating; the other tall, with a tremor, eager to agree with his friend. They make for a hilarious and tender Mutt and Jeff act, pondering the mysteries of the universe (Is there life after death? Do aliens exist?) and resolving them all with a worldly shrug.

In interstitial scenes, Mizrahi shows us residents doing piecework, puzzles or simply shuffling across the frame with agonising slowness, until the lights go out for the night and we’re left to contemplate the swirling snow and howling wind. We never see her subjects get dressed, let alone attend to any other more intimate bodily needs, though we see how easily their skin bruises and how long it takes to heal.

Mizrahi films one-on-one interviews with a shallow depth of field, so that her subjects appear with the occluded intensity of their own remembrances.

Arrives via the cutting edge of the American indie film festival circuit: True/False and BAMcinemaFest.

A rich experience – and not an especially tough sit.

But maybe it should be? 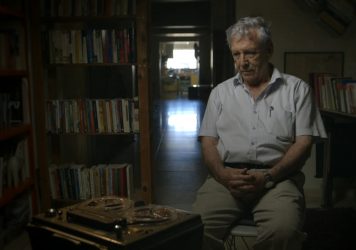