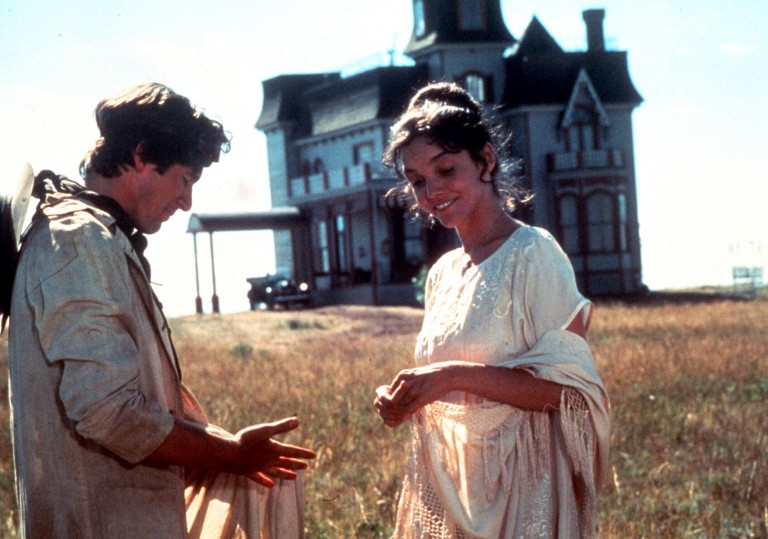 Terrence Malick’s second feature film ruminates over the migrant farm workers of the early 20th century, scattering from one place to the next, drifting with the seasons. Richard Gere is Bill; a young, ambitious man, frustrated with his lot who takes a risk with his love, Abby, with the short-sighted hope of a big pay-off.

Travelling with his little sister Linda, whose improvisational insights recall this pocket of time, Bill and Abby pass themselves off as siblings to avoid chitchat and take up work harvesting a wheat field. The lonely farm owner falls in love with Abby at first sight and becomes the object of Bill’s quick fix scheme for wealth. Overhearing that the Farmer will die soon, Bill urges Abby to marry him for the inheritance, failing to consider the complexities of bargaining with human emotions.

Stepping out of the playwright shadows, Sam Shepherd is the quiet Farmer, watching over his labourers from his mansion that sticks out like a sore thumb on the landscape, both beautiful and pitiable in its isolated grandeur. Alienating and refined, his house mimics his awkward presence, towering with gothic power on the outskirts of life. With echoes of the Edward Hopper painting ‘House by the Railroad’, the lonely idyl radiates the vulnerable air of teetering on the brink of big change.

Chipping into the impressive talent is composer Ennio Morricone, whose score sweeps out of the film, majestically evoking a dawn of change with pensive progression; permeating the events with foreboding and doubt. With its tale of a descent from paradise, the story rumbles with biblical undercurrents. Their days of heaven are numbered from the start, as Malick warns, heaven is unsustainable with the weakness of mankind.

Human flaw steadily eats away at the buds of happiness that tentatively flower. Relayed through the retrospective impressions of young narrator, Linda, the thoughts of the characters and events are distant and elusive. Detached from these adult drives, the world is a mysterious chaos, where the devil has a lot to answer for.

Malick dynamically manipulates audiovisual connections, blurring perspectives and interpretation. Sudden cuts of soundtrack reverberate from one scene into the next, merging sequences with innovative and striking power – the sound frequently expresses the story with greater force than words. In the buildup to their escape to the peaceful Texan fields, Bill lashes out at his jeering superior, his heated frustration muted by the thunderous beat of the industrial factory relentlessly smashing around them. Molten sparks erupt behind his head, forming an arc that apes the drowned out words he spits at his boss. Hotheaded, he scatters the seeds of destruction early into the fabric of the film.

In their early days on the wheat field, the aesthetics illustrate the tranquility of their surrounding environment. The restoration, carefully supervised by Malick gives striking clarity to the cinematography of Nestor Almendros and Haskell Wexler (who took over when Almendros had to go and shoot a film for François Truffaut). Under strict instruction not to veer into misty-eyed rosy qualities that would make the film golden or postcard perfect, the restoration carefully emphasises the natural beauty they strived to capture in the original vision.

The colours are mesmerising. Malick’s love of ‘magic hour’ – the sliver of time when the sun has just disappeared but before nightfall, imbues the imagery with a soft opal hue. The sparse lighting lends an authentic impression of electricity’s early days, and underscores their elusive, transitory oasis on the farm.

Lucidly apparent is the art of Terence Malick’s filmmaking. Malick demonstrates a sensitivity to experience and the elements that trickle into perception, whether misleading or arbitrary, or intense. With a curiosity in existence, chance and drives, Days of Heaven observes the perilous course of the tangled trio, with the calm and the chaos that fluctuate beneath the unpredictability of life. 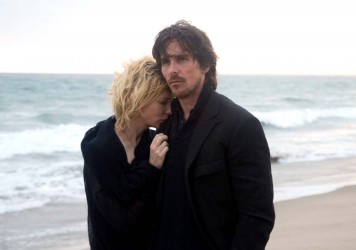