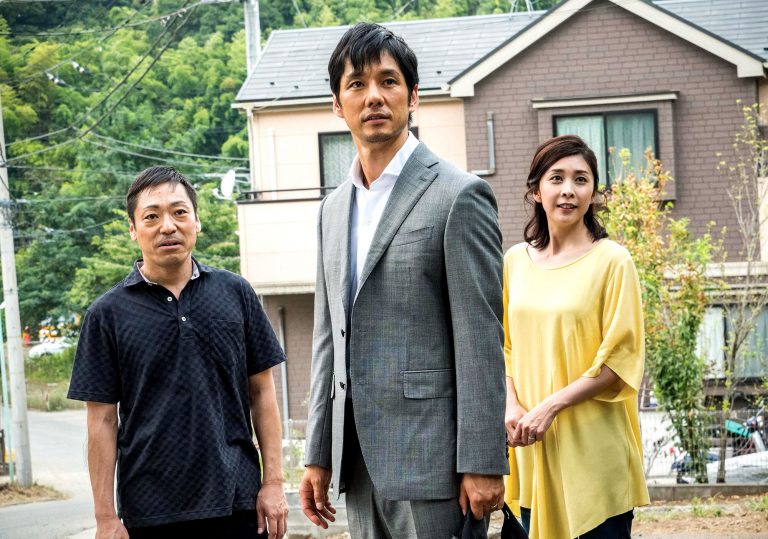 Expectations tempered by the monotonous Journey to the Shore.

Kurosawa returns to his sinister roots with a brutal serial killer yarn.

The stuff nightmares are made of.

Kiyoshi Kurosawa returns to form in this menacing and stylish psychological thriller.

We’ve all had that bad feeling before. Interact with enough people in this world and someone ends up giving you the willies. Without pinpointing exactly why, your gut screams, ‘Run the other way!’ But do you? Kiyoshi Kurosawa’s new serial killer yarn, Creepy, embodies this conundrum from the start. The title is meant to be a blatantly inadequate descriptor for the unclassifiable actions of a person acting outside society’s normal social graces. How we interpret (and underestimate) these uneasy feelings conjures up questions about our worldview.

In the film’s crackerjack opening sequence, Detective Takura (Hidetoshi Nishijima) interrogates a captured murderer who discusses his “own version of morality.” Moments later the smiling suspect slashes two additional throats with a fork during an escape attempt before being gunned down by police. Left rattled by the experience, Takura quits the force, begins a new job as a professor of criminal psychology, and moves to a new house with his wife, Yasuko (Yûko Takeuchi).

Almost immediately the couple’s fresh start hits a few road bumps. Their reclusive next-door neighbour Nishino (Teruyuki Kagawa) is the epitome of a walking contradiction, one moment kind and effusive and the next an aggressive bully. While sitting idly in the library after class, Takura discovers an old cold case file about the inexplicable disappearance of three family members who fell off the map years previous leaving only a young daughter behind. With the help of a former colleague, he begins to investigate on the sly. Old habits die hard.

During an uncomfortable interview with one eye witness, Takura confesses, “I always confuse work with personal interests.” Kurosawa illuminates his character’s tragic flaw when the situation with Nishino grows increasingly uncomfortable. We see telltale signs of the “mixed characteristic” serial killer archetype mentioned during a lecture, yet everyday distractions seem to dilute Takura’s concern.

Creepy has a cold preciseness that stands in contrast to the director’s previous feature Journey to the Shore, a messy melodrama that jumps illogically between different points in a fuzzy dream state. No such levity can be found here. Menacing camera movements help track characters through rooms, sometimes anticipating their location before they even arrive. Kurosawa’s experimental lighting also adds another psychological dimension, as is the case with a brilliant interrogation scene that echoes one found late in Louis Malle’s Elevator to the Gallows.

In terms of framing, Kurosawa stays in pristine wide angle until a humdinger of a close-up. His aesthetic, like the charismatic villain, experiments with different forms of verbal and visual manipulation. This is capped off by an insanely impressionistic use of rear-projection in the final act. The film may play its hand a bit too early from a narrative standpoint, but this maniacal sense of style keeps things on edge even after key revelations. While Creepy never attains the terrifying ambiguity of David Fincher’s Zodiac or Bong Joon-ho’s Memories of Murder, it’s a devilish reminder that sinister forces could always be close by. Just look out the window and wave.

Expectations tempered by the monotonous Journey to the Shore.

Kurosawa returns to his sinister roots with a brutal serial killer yarn.

The stuff nightmares are made of. 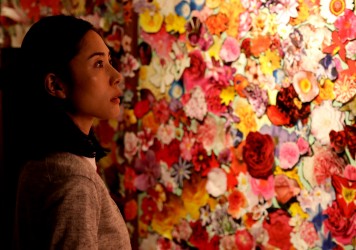