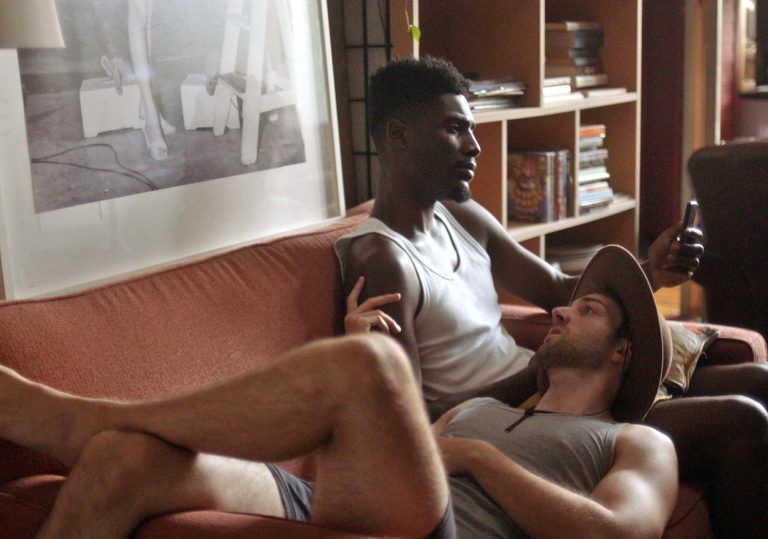 The two leads draw on autobiography and are said to bring raw, lived-in qualities to Ben and Sam.

A promising debut overshadowed by its scattershot approach.

A bookstore meet-cute leads to a transformative relationship for two gay men in Matthew Fifer and Kieran Mulcare’s drama.

Speaking to the vulnerabilities of trauma, Matthew Fifer’s writing/directing/acting debut is quiet yet contemplative. As Ben, he explores his newly-found bisexuality, attempting to move forward with the help of humour and hook-ups against the backdrop of New York City. A meet cute at the famous Strand Bookstore with Sam (Sheldon D Brown) who navigates the city as a closeted Black man, leads to an intense relationship that, paradoxically, initiates a process of healing.

New York in the summertime is shown as a quaint and peaceful cityscape, with Eric Schelicher’s muted palette evoking a tender, quotidian serenity to frame Fifer and Brown’s naturalistic performances. Themes of sexual abuse and the intersections of race and sexuality are slightly embroiled in a melodramatic conflict about authenticity, but never dealt with in an overly heavy-handed manner.

For an indie, Cicada has its fair share of distracting cameos. The combination of Cobie Smulders as Ben’s brusque therapist, Scott Adsit as his aloof doctor and Jason “Freckle” Greene as his flirtatious colleague feels amiss. The sound design doesn’t distract from the film’s awkwardness either, with dialogue much lower in the mix compared to the sudden and loud needledrop cues.

Cicada might be a meaningful piece of queer cinema for some, perhaps even serving as a beacon of catharsis to people who have experienced similar traumas. And yet, it struggles to find nuance in its storytelling approach.

The two leads draw on autobiography and are said to bring raw, lived-in qualities to Ben and Sam.

A promising debut overshadowed by its scattershot approach.