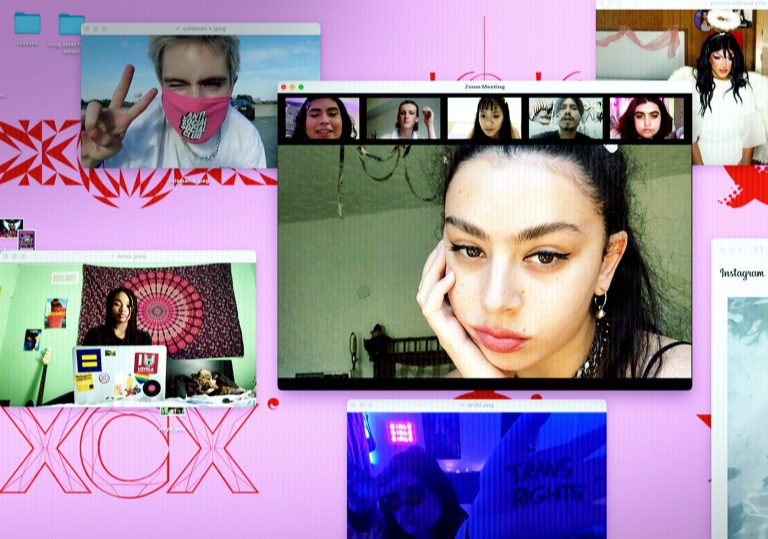 Loving the music, not so much the March 2020 newsreels.

It’s a unique time capsule, but not as insightful as the album itself.

This unique and often insightful documentary shows Charli XCX collaborating with her fans on a DIY quarantine album.

Released in May 2020, ‘How I’m Feeling Now’ is the fourth studio album from singer-songwriter Charli XCX – technically speaking.

Written, recorded, mixed and launched from the artist’s home in Los Angeles in a five-week period during the early days of the pandemic, the DIY album shares more DNA with the avant-popstar’s 2017 mixtapes ‘Number 1 Angel’ and ‘Pop 2’ than her previous studio ventures.

The album’s frenetic electronic beats and matter-of-fact lyrics capture the acute restlessness of lockdown, and mimic the way the mind races to keep fear and uncertainty at bay.

Bradley & Pablo’s documentary feature takes a similarly lo-fi approach, presenting the creation of ‘How I’m Feeling Now’ through a composite of the artist’s self-tapes, Instagram live recordings, tweets and Zoom calls with producers AG Cook and BJ Burton, as well as clips from Charli’s own fans – known as the Angels – struggling through their respective lockdown experiences.

The decision to frame the making of the album through the lens of individual fans, many of whom belong to the LGBT+ community, distinguishes Alone Together from many recent pop docs, giving the film a unique, inclusive perspective. Paradoxically, however, this creates more distance between the viewer and the artist herself.

Just as the film begins to dig into Charli’s personal anxieties around her work, her relationship and her self-image, it cuts back to one of her fans doing their makeup or watching her Instagram feed from their bedroom. And with a brisk 70-minute runtime, Alone Together doesn’t grant us enough time with these fans to make their stories feel complete.

We feel their pain in isolation and joy in online connection, and we worry for their safety living in unsupportive households, but we’re presented with too many names in too little time to understand who they really are as people.

As a result, the film is strongest when it centres Charli, particularly when interrogating what compelled her to make this album this way. “I’ve got serious issues with the way I handle my work and the way I depend on work to make me feel like a good person,” she says at one point.

Her partner Huck Kwong describes Charli as a workaholic. Later, she films herself crying after a difficult conversation with her therapist. “I’m supposed to be inspiring or something, and I hate myself for saying that, but I’m not, and it makes me feel like a liar.” These scenes paint a portrait of an artist with a difficult, at times toxic, relationship to her work and her identity, even while finding joy and purpose through creativity and collaboration.

The film eschews conventional talking-head interviews but falls back on newsreel transitions to mark time throughout the pandemic (the Chet Hanks, Vanessa Hugens, and ‘Imagine’ videos from March 2020 all make an appearance). Bradley & Pablo, whose previous work with Charli includes directing the music videos for ‘Vroom Vroom’ and ‘5 in the Morning,’ also incorporate scenes of a 3D cityscape to represent the digital world of the Angels, who then hover around on-screen as literal anime angels.

It’s a bit hokey, and certainly jarring for those who aren’t already intimately familiar with the visual aesthetics of pop artists like the late producer and frequent Charli XCX collaborator SOPHIE. But it’s also true to the spirit of Charli’s fanbase. Alone Together invites us into this community and gives fans some insight into Charli’s psychology, although perhaps the most evocative work chronicling this period in the artist’s career is the album itself.

Loving the music, not so much the March 2020 newsreels.

It’s a unique time capsule, but not as insightful as the album itself. 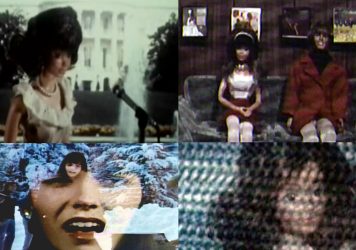 In praise of Superstar: The Karen Carpenter Story 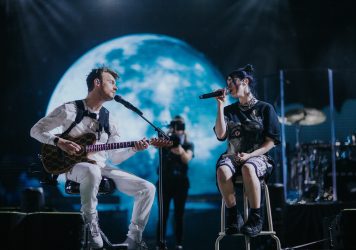