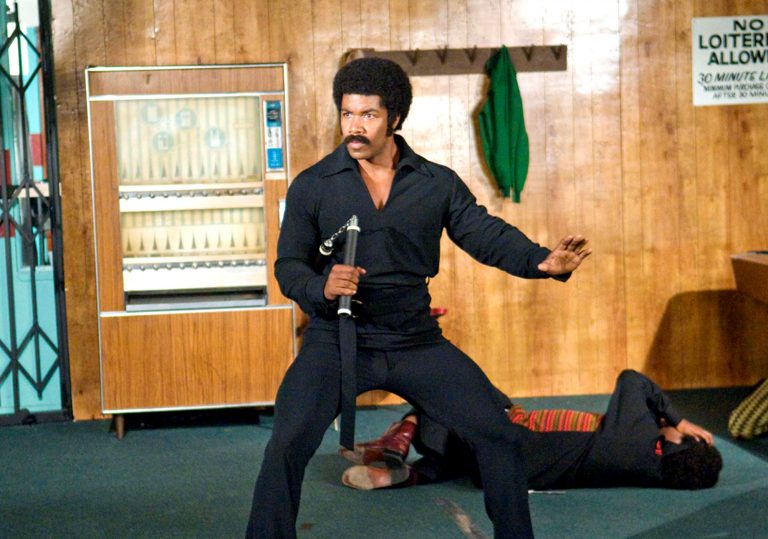 Black what now? Never heard of it. Looks silly but could be fun.

A brilliant laugh-out-loud slapstick crowd pleaser made with love and talent.

Get the DVD. Get friends over. Get drunk. Enjoy.

So pitch perfect is Black Dynamite’s loving pastiche of blaxploitation that it’s barely satire at all. Rather, it’s a hyperactive reincarnation of a lost genre in which ’70s style sits comfortably alongside naughties irony. The result is the crowd-pleasing underground hit of the summer.

Michael Jai White plays ex-CIA badass, babe-magnet and scourge of drug-pushing scum-suckers everywhere, Black Dynamite. Part-Shaft, part-Bruce Lee, all man, Dynamite is a heady amalgamation of the stereotypes, anti-heroes and caricatures that marked the bitch-slapping, jive-talking heyday of blaxploitation. He also has the coolest jingle ever.

Dynamite is called into action by his old CIA bosses to help them bust a drug-dealing operation that’s turning the ghetto kids into mindless zombies. More to the point, it’s affecting the mac-daddies’ pimpin’ business, and it’s making the local honies upset. Only Dy-na-mite! can save the day.

But Michael Jai White is the real deal – an authentic karate champion who brings credibility to the movie’s fight scenes despite never removing his tongue from his cheek.

The laughs are big and regular, many of them from the visual gags that lampoon the genre’s typically low-end production values. But what’s more impressive is just how right the film feels – from the production design and soundtrack to the muddy, messed-up grading, Black Dynamite feels as though it’s been recovered from a time-capsule and simply set free.

It’s a genuine breath of fresh air – a film that’s come from nowhere but one that’s destined for heroic status.

Black what now? Never heard of it. Looks silly but could be fun.

A brilliant laugh-out-loud slapstick crowd pleaser made with love and talent.

Get the DVD. Get friends over. Get drunk. Enjoy. 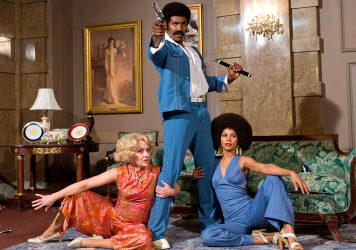