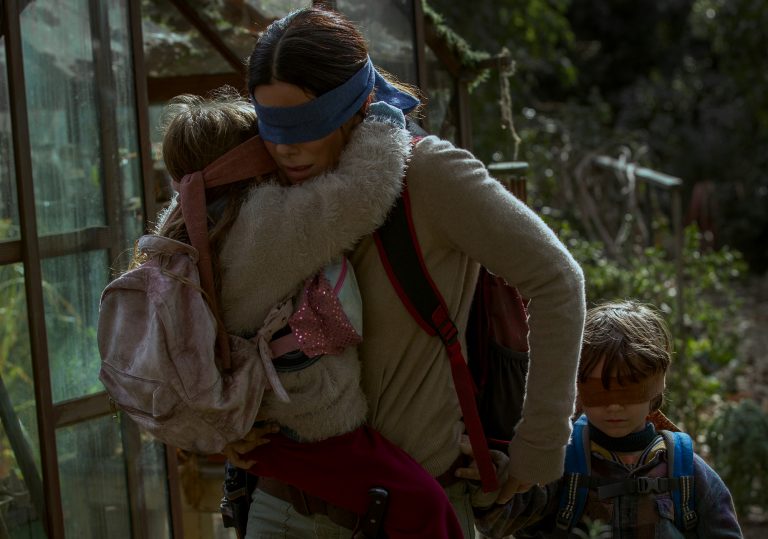 It looks like A Quiet Place crossed with The Happening.

Brutal and tense, but we’ve seen it all before.

Never quite thaws into something human.

Sandra Bullock tries her best in this largely generic apocalypse thriller about a mass sight-loss epidemic.

The last time Sandra Bullock made a thriller, we ended up with 2007 howler Premonition. Since then she’s won an Oscar, a Razzie, and turned her hand to a number of fairly decent projects. So if ever there was a time for her to give the genre another shot, it’s surely now. Bird Box signals a nice change of pace and gifts Bullock with a role she’s able to really sink her teeth into. It’s a shame, then, that the story itself just can’t keep up with her.

The film sees Bullock take on the role of Malorie Shannon, a heavily-pregnant artist who finds herself caught up in the chaos of a global event which causes violent mass suicides. Joining with a group of survivors, Malorie is forced to make some difficult decisions and change her own hard-nosed nature in order to ensure survival in an increasingly sinister climate.

Comparisons between Bird Box and 2018’s earlier sense-based thriller, A Quiet Place. seem inevitable, given that the former deprives its characters of their sight, the latter their speech. The idea of taking away these basic communicative facets is intriguing, but just as A Quiet Place left audiences poking at some rather obvious plot holes, so too does Bird Box. There’s a sense that something’s missing from the story, with broad strokes used to paint every character with the exception of Bullock.

John Malkovich seems to be having a blast as a cantankerous fogey who Malorie encounters, and Trevante Rhodes does well with an underwritten supporting role, but the whole story rides on Bullock’s performance, and to her credit, she pulls it off. Even so, the rest of the film feels half-hearted and generic, pieced together from the likes of M Night Shyamalan’s The Happening and just about every zombie movie ever.

The premise might be intriguing – and Bier doesn’t pull any punches when it comes to gore – but there’s nothing particularly fresh or exciting about Bird Box to hold your attention, and it’s liable to be forgotten completely after the credits roll.

It looks like A Quiet Place crossed with The Happening.

Brutal and tense, but we’ve seen it all before.

Never quite thaws into something human. 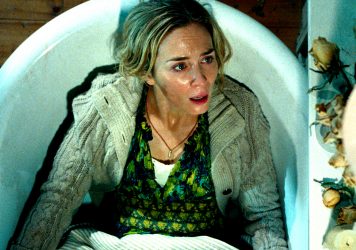 There’s much to admire about this muted horror from actor-director John Krasinksi.