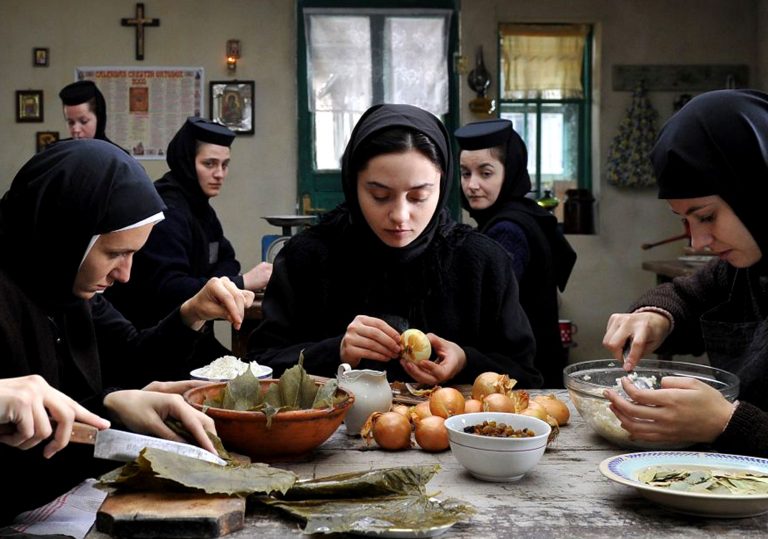 Can Cristian Mungiu use exorcism as effectively as he did abortion to expose a state’s travails?

Unfolds its moral dilemmas with disquieting evenhandedness rather than shrill melodrama.

A slowly, quietly riveting passion play for a nation grappling with secularism and modernity.

Lesbian nuns! Exorcism! A ‘two-way anus’! Knowing in advance that these motifs form part of the texture in Cristian Mungiu’s latest feature might lead the unsuspecting viewer to imagine that the director of 4 Months, 3 Weeks And 2 Days has decided to redirect the Romanian New Wave towards pure exploitation, as though following in Walerian Borowczyk’s footsteps from arthouse to bawdy-house (in fewer than 20 years, the Polish filmmaker had gone from dystopian debut Goto, Island Of Love to sex sequel Emmanuelle V, aptly enough via superior nunsploitationer Behind Convent Walls).

Yet a far better clue as to the tone of Beyond The Hills is the plain white-on-black lower-case text in which the title first appears on screen given that the film, too, is understated and undemonstrative, even as the clash of values that it stages is positively incendiary.

Voichita (Cosmina Stratan) picks up Aline (Cristina Flutur) in an unnamed Romanian village, bringing her over a hill to the spartan monastery that Voichita now calls home. Voichita and Aline used to share companionship – and a bed – in the local orphanage; now Aline – needy, distrustful, volatile and unable to live without her only friend – has returned to take Voichita back west to Germany.

In Aline’s absence, however, Voichita has given herself over, heart and soul, to the ascetic life of a nun and no longer wishes to leave the monastery. With Aline as devoted to Voichita as Voichita is to God, this unorthodox love triangle creates an impasse that can only end in tragedy.

For as the already fragile Aline is torn apart by her love for Voichita and her disdain for Voichita’s ‘cave’ life, her breakdown and its rippling impact dramatise the conflict between sacred and secular, East and West, ancient and modern, in a nation that seems caught, like Aline herself, on its own contradictions and compromises in the face of unseasonable change.

Aline’s predicament exposes gross failings in Romania’s different institutions (childcare, healthcare, the police, and, of course, the Church) – and yet if her aberrant conduct is ascribed by the monastery’s austere priest (Valeriu Andriuta) to Satanic influences, neither he, nor the nuns, nor the doctors, nor the orphanage staff, are ever themselves demonised for trying, in their different ways, to do the right thing in impossible circumstances.

“Only God knows,” the priest will say when asked who is to blame for what has happened. “Only He doesn’t make mistakes.” Much of Mungiu’s film is shot wide, the camera mimicking an all-seeing, God-like distance from the human affairs it documents.

In the end, moral judgement is literally suspended, as those accused of wrongdoing are driven downtown to await an absent prosecutor’s return. After a final, sullying image of mud being flung and only partially wiped away, the film abruptly plunges us too into darkness.

Can Cristian Mungiu use exorcism as effectively as he did abortion to expose a state’s travails?

Unfolds its moral dilemmas with disquieting evenhandedness rather than shrill melodrama.

A slowly, quietly riveting passion play for a nation grappling with secularism and modernity. 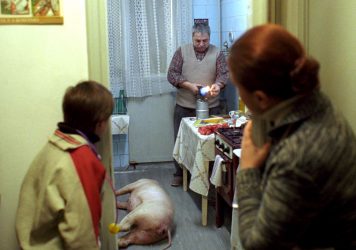 Tales from the Golden Age

This anthology film is sly, wry, funny and illuminating. 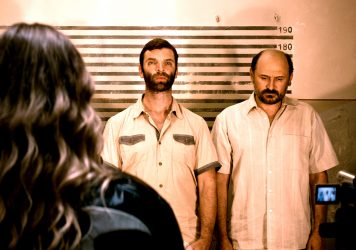