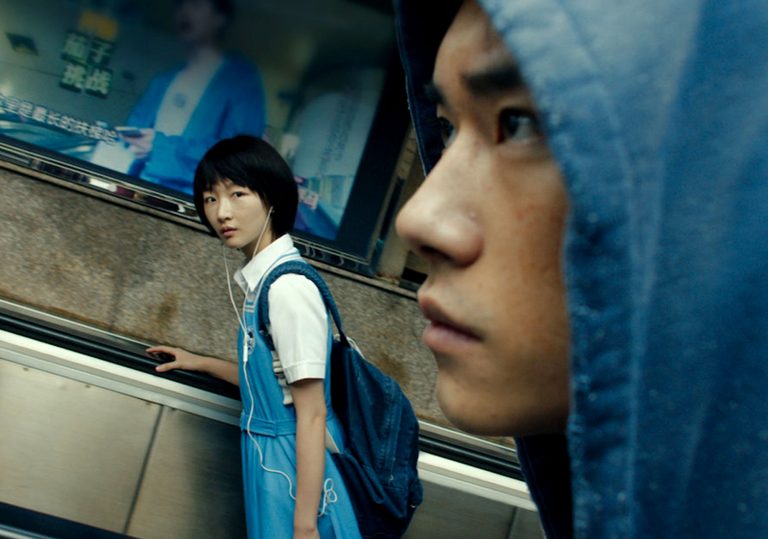 Sociopolitically significant both on and off screen.

“This used to be our playground.” An adult Chen Nian (Zhou Dongyu) is explaining to her students the difference between the past and present tenses in English grammar. Better Days opens with this allegorical flash-forward, eliciting an intangible sense of nostalgia and loss to draw us into the harrowing story of two troubled teenagers falling in love.

Their “playground” is bound by the perimeters of a high school complex situated within a concrete jungle, where together they rise up against a cruel world of systemic suppression, omnipresent violence and collective apathy.

The film’s non-linear, multi-faceted narrative centres around the lead-up to Gaokao, China’s annual National College Entrance Examination. It starts with a high school senior’s suicide due to bullying led by her classmate Wei Lai (Zhou Ye), who in turn targets Chen Nian as her next victim. Meanwhile, Chen Nian helps small-time gangster Xiao-bei (Jackson Yee) get out of a street fight. To return the favour, Xiao-bei starts protecting Chen Nian from Wei Lai’s abuses.

From here Tsang experiments with a genre-bending approach, transforming this sensitive subject matter into a teenage melodrama that in turn becomes a neo-noir crime thriller in which Chen Nian and Xiao-bei are dragged into a murder mystery; their fates becoming progressively entangled as their bond deepens.

Tsang showcases his mastery of film language: close-ups highlight Zhou and Yee’s measured performances; handheld tracking shots follow Chen Nian and Xiao-bei into the city’s underbelly; overtonal montages heighten the sense of weariness felt by a young generation surviving on false hopes; and claustrophobic framing accentuates the stress of cramming for Gaokao and the peer pressure of participating in bullying.

At times Tsang  bites off more than he can chew, making unnecessary attempts to touch on off-topic societal issues. This results in a lack of space in which to fully develop the central narrative’s supporting characters, especially school bully Wei Lai. Despite this, Tsang’s execution largely matches his ambition.

Contemporary Chinese-language films like Better Days are hard to come by. Despite being pulled from the Berlin Film Festival and pushed back from its initial release date, this film has survived censorship and become a domestic box office hit. Benefiting from the co-production between Hong Kong and mainland China, it’s a prime example of how cinema can facilitate meaningful sociopolitical exchange between the two regions.

Sociopolitically significant both on and off screen.