Being Frank: The Chris Sievey Story 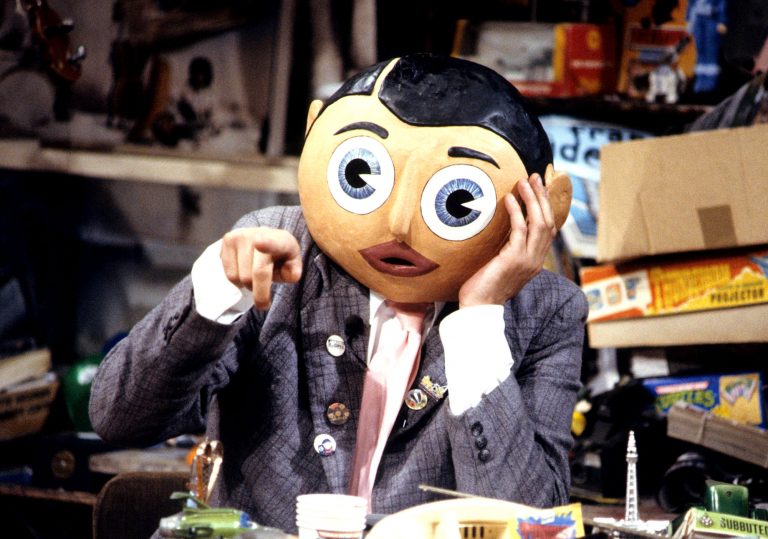 Be sure to stick around for the end credits.

This playful documentary pays tribute to the eccentric comedy stylings of Frank Sidebottom.

The industrial action taken by BBC staff in 1980 might have been an unexpected Sliding Doors moment in British pop culture. Their strike led to a number of episodes of Top of the Pops being cancelled that summer, including the one that Chris Sievey’s band The Freshies were scheduled to appear on.

They had just released their most accomplished single, the catchily-titled ‘I’m In Love With The Girl On The Manchester Virgin Megastore Check-out Desk’, and an appearance on primetime telly was seen as a breakthrough after years of toil. Instead, they slid back into obscurity, and a few years later Frank Sidebottom was born.

It was a gimmick that somehow stuck. Originally conceived as a Freshies super fan, the eternally upbeat Sidebottom soon became a cult figure in his own right, rapidly achieving the kind of success and recognition that Sievey had spent years dreaming of. Frank appeared on stage at Wembley, became a regular on TV, starred in a comic strip and even founded a football team, Timperley Big Shorts FC (average attendance: “28 people, 2 dogs and 1 puppet”). But as Frank’s universe continued to grow, its creator disappeared from view. Sievey spent much of the next 20 years inside Frank’s papier-mâché head.

Steve Sullivan’s documentary Being Frank: The Chris Sievey Story is an attempt to redress the balance, with the first half of the film focusing on Sievey’s pre-Frank years, revealing a man who was compulsively creative and approached everything he did with the same fastidious attention to detail.

Even as a child, Sievey’s Subbuteo games with friends were absurdly elaborate a airs, complete with match programmes and tickets, and we get the sense that if he couldn’t commit himself entirely to something then it wasn’t worth doing. A friend recalls him staying up all night to hand-draw Frank’s weekly comic strip, despite it paying a relative pittance; it wasn’t about the money, it was the act of doing it that mattered.

Being Frank is constructed with an appropriately scrappy DIY aesthetic. The film makes great use of the copious VHS tapes, letters, notes and cartoons that Sievey left behind after his death in 2010, and the archive footage makes this a fascinating time capsule of late ’80s/early-’90s television. There’s even a startling shot of Sievey removing the head, which is a genuine shock given how clearly he delineated Frank as an entirely separate person.

The interviews are hit-and-miss, with the contributions from Sievey’s family, friends and fans doing little to illuminate our understanding of this complex man. References are made to his fragile mental state and his drinking, drug-taking and womanising, but the filmmakers seem unwilling to dig further into these darker elements.

Instead Being Frank feels more like a celebratory tribute to a unique artist, and it’s a very entertaining one. The film’s final third, in which Sievey attempts to pull himself out of bankruptcy by becoming Frank once more, is stirring and touching, with Frank being met by a great outpouring of love wherever he goes.

Chris Sievey never did achieve his dream of emulating the Beatles, but he did get to sing ‘Let it Be’ in front of an adoring crowd while wearing a giant head, and just like the Fab Four, he now has a statue standing proudly in his home town. In his own strange way, he was a superstar.

Be sure to stick around for the end credits. 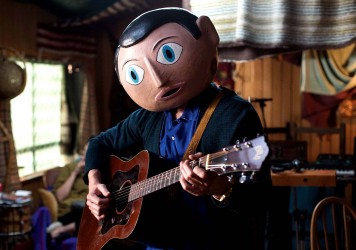