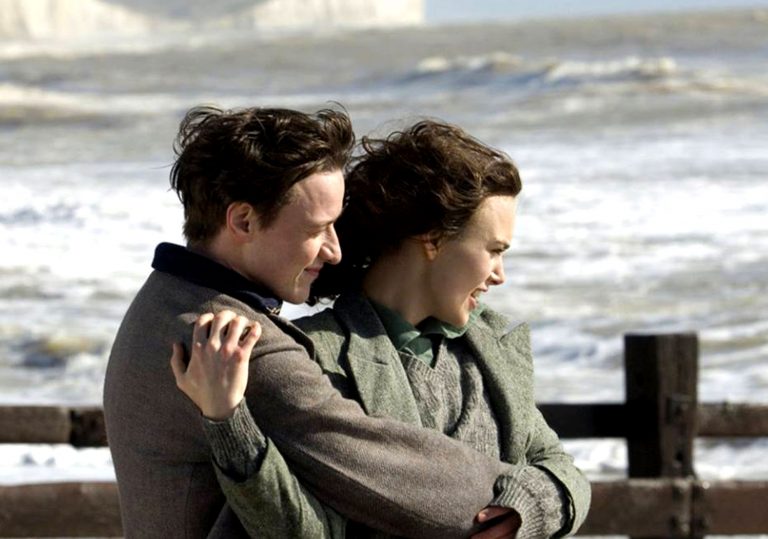 A match for the novel?

Meat for the eyes and muscle for the heart.

Miscast actresses, but it’s not their fault – production went for box-office, director went for objectification.

In the 1980s Merchant Ivory epitomised Englishness-for-export in all its dapper, dubious glory. Now Atonement seeks to re-establish this heritage cinema with the story of a brief encounter during World War Two given a contemporary twist courtesy of the dark currents of Ian McEwan’s novel.

It also qualifies director Joe Wright as a major talent; his active camera is so visceral that a soldier framed against a bleeding sky in a field of scorching poppies brings tears to the eyes. And again as he weaves through decrepit bodies on the beaches singing dour, heavy-hearted hymns.

The structural, non-linear story-telling is superior too, switching from Chatterley-esque lovers Robbie (James McAvoy) and Cecilia (Keira Knightley), to child/woman Briony (Romola Garai) whose jealously and false accusation tears them asunder. It’s in the acceptance of its audience’s sophistication that – whatever your fellowship with the novel – the film finds its own language.

Atonement is a near masterpiece that only lacks the substance of great performances. McAvoy is charming as ever, yet the mistresses of the manor – who both love and resent the housekeeper’s son – disappoint. Knightley is all vacant petulance while Garai is insipid and damp.

Where the film desperately needed a female heavyweight, what we have instead is a bottle green satin butterfly which McAvoy pins against the library wall, and not a real woman in sight.

A match for the novel?

Meat for the eyes and muscle for the heart.

Miscast actresses, but it’s not their fault – production went for box-office, director went for objectification.