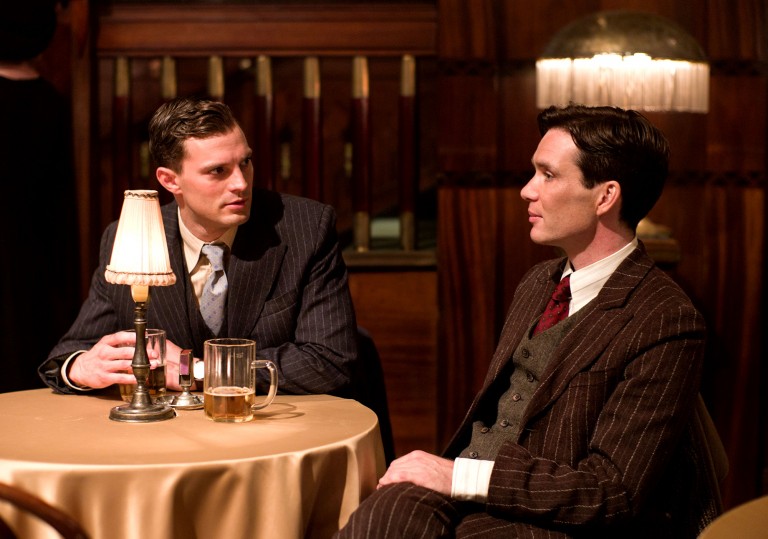 The subject matter is intriguing, but this looks like a standard issue action thriller.

Brooding and not as fast paced as the trailer would have you believe, but the second half packs a punch.

A satisfying thriller with some solid performances.

Operation Anthropoid was a top secret plan set in motion by British soldiers during World War Two. The objective: to rub out a member of the Third Reich’s inner circle, Reinhard Heydrich. Set at the heart of Nazi-occupied Prague, Anthropoid is a film that slogs ponderously through its verbose first half.

It follows Jan (Jamie Dornan) and Josef (Cillian Murphy) as they attempt to take down a man infamously credited as helping to mastermind the “Final Solution”, and was considered one of the most unpleasant members of the Nazi elite. Hitler himself nicknamed him ‘the man with the iron heart’, which speaks to the urgency of their mission. But what appears as a gripping chronicle of a dangerous scheme sorely lacks for impact. The film lingers too long on fast-paced dialogue sequences, which are further clouded by the use of English with thick Czech accents.

For the first hour we find ourselves in close proximity to Jan and Josef as they live in hiding with a family at the centre of the city. We’re introduced to Marie (Charlotte Le Bon) and her friend Lenka (Anna Geislerová), effective romantic foils who also help the men to keep a low profile as they prepare. Murphy and Dornan initially seem an unlikely, mismatched duo as the perpetrators behind a political assassination. Yet Murphy really manages to immerse himself in the role from the get go. Dornan, meanwhile, is slower to find his feet, though his character experiences a satisfying evolution as the story rolls on. When nerves set in the night before, Josef helps Jan through an episode of panic, offering us a glimpse of his vulnerability and allowing the leads to reveal hidden depths to their onscreen partnership.

Things get more exciting in the second half. The drama and pacing are ramped up. Director Sean Ellis manages to capture the human element of war without shying away from its brutality, particularly evident in a wincingly graphic torture scene nearer the film’s end. Fast cuts and careful use of sound dynamics are crucial to creating the tension that drives the finale’s pulsing climatic stand-off. It’s a wonder the subject of this mission hasn’t been explored more onscreen, as it makes for an eye-opening delve into a little known aspect of World War Two intrigue. A film of two halves, then, Anthropoid rewards patience with its intense and emotionally charged second half and also proves to be a gratifying piece of action-thriller hokum.

The subject matter is intriguing, but this looks like a standard issue action thriller.

Brooding and not as fast paced as the trailer would have you believe, but the second half packs a punch.

A satisfying thriller with some solid performances.