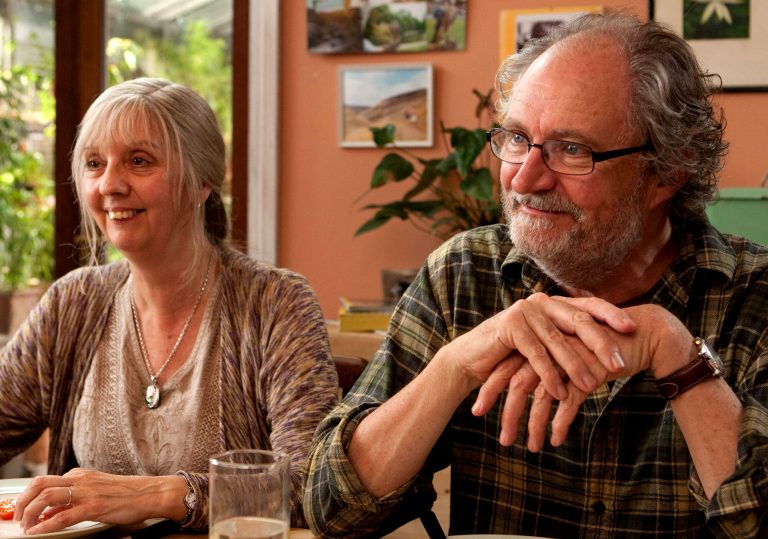 Another Mike Leigh film. Haven’t we seen all these?

Oh. We appear to be crying.

The film this year you’ll want to miss but mustn’t. See it. Thank us later.

Another year, another Mike Leigh film. It’s a funny thing. Every time you walk into a new movie by the grandfatherly filmmaker, you’re never sure whether you should bother. Every time the credits roll, you’re so glad you did.

With a title that sounds like a tired sigh, Leigh’s film promises another payload of the Brit auteur’s well-worn trademarks: a talented but unsexy cast flexing their improv muscles in a bleak, talky, slimline story about how hard life is. The kind of film you admire but never get excited about.

Watching Another Year reminds you just how unfair this is on Leigh. Through his workshop script-sculpting sessions, he’s found a way to capture real life (or something like it) in a way few other filmmakers in the world can dream of. He’s some kind of cinematic magician, but his films are no trick.

Robert De Niro wouldn’t survive in a Mike Leigh film. They’re not about throttled power-kegs of rage, they’re about ordinary, real people – the hardest kind to portray. They’re really about the tiny, precious things in life – the most difficult ones to dramatise.

Here, we’re in North London, in the home of an aged and happily married couple, geologist Tom (Jim Broadbent) and therapist Gerri (Ruth Sheen). They’re not perfect but they are deeply in love still. Orbiting around them are family and friends who are all searching for what they have.

Their son Joe (Oliver Maltman) is a tubby lawyer who’s kind and hard-working but still hasn’t found a partner. Childless divorcée Mary (Lesley Manville) is a friend of Gerri whose cheery facade feebly masks loneliness, desperation and a taste for booze.

Like Ozu, Mike Leigh hits you with a left hook. Nothing seems to happen, but suddenly it’s all there. The little everyday moments are actually the big things in life – hope, disappointment, love, loneliness, sadness, joy, birth, death. They’re all right here as the plot unfolds over the course of four seasons.

Beautifully, sensitively photographed by Leigh’s long-time collaborator Dick Pope, it’s a film without a false word: the dialogue is witty, natural, musical, quiet, quick-fire, subtle and very British. Broadbent and Sheen are beyond wonderful, etching their marriage with decades of kindness, tolerance and understanding. Manville, meanwhile, pitches her own turn at just the right side of frazzled.

If anything, their performances are so gentle, clear and truthful they scarcely seem like real acting at all. Leigh, coming off the back of Happy-Go-Lucky, is on a major later career roll here, one that hardly requires the embellishment of awards for us to recognise just how important he is to our country’s filmmaking canon.

Another Mike Leigh film. Haven’t we seen all these?

Oh. We appear to be crying.

The film this year you’ll want to miss but mustn’t. See it. Thank us later.