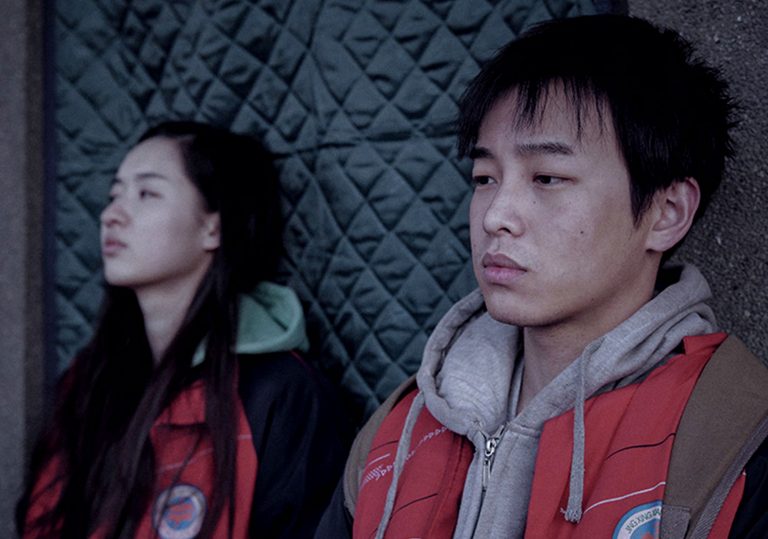 Four hours of grim miserablism by a first-timer, anyone?

An uncompromising masterpiece. One of the films of the year.

Hu Bo’s search for hope and humanity in present-day China is a monumental debut tinged with tragedy.

Bookended, as it is, with a pair of suicides, it’s impossible not to think of the tragic circumstances of director Hu Bo’s death when watching his debut feature, An Elephant Sitting Still. Reports out of China make for tough reading, with claims of persistent bullying directed at the young filmmaker throughout the film’s production. A bitter dispute over the running time (his producers wanted it cut to two hours) saw him take his own life at just 29 years old, four months before the film’s world premiere at the Berlin Film Festival.

Support from the likes of Hou Hsiao-hsien and Bela Tarr saw his 230 minute director’s cut prevail, and it’s a magnificent achievement by any standards, without question one of the strongest debuts in recent memory.

Set over 24 hours in Jingxing, Hebei province, an economically eviscerated former coal-mining town devoid of any and all prospects, the film traces the intersecting actions of four principal characters through a series of long, Steadicam master shots. Outsiders in their own lives, these four visions of impassive indifference share a common goal: to visit the elephant of the film’s title, apocryphally sitting in the town of Manzhouli, taking no notice of the world around it.

It makes for an absurd metaphor, given the circumstances. But then Hu has a keen awareness of the absurdities of the punishment he doles out across the film’s four hours. “Fuck, another lousy day starts again,” screams the father of Wei Bu in his son’s face, as he complains about the stink of uncollected garbage that permeates the town.

The boy’s day isn’t about to get any better. Armed with his cosh, he sets off to “the worst school in town,” one due to be demolished, and where the vice dean is carrying on with his crush, Huang ling. An altercation with the school bully over a stolen phone sees Wei Bu pursued by the boy’s older brother, a local gangster responsible for the death of a friend in the film’s opening minutes.

Hu’s Jingxing bears the colour of the titular elephant’s hide, a permanently overcast concrete badlands of relentless suffering. Most of the action takes place outside, given the lack of sanctuary provided by the film’s interior spaces. Home is where your deadbeat parents start on the cans at breakfast; where you discover your beloved grandmother has been lying dead for days; where you come home to find your missus with another man, so lob yourself out of a high-rise window; where your kids want to pack you off to a nursing home.

Hu’s view of the world may be overbearingly grim, but he’s got a wickedly mordant way with deadpan humour. “You will go to the worst high school in the city,” the vice dean tells Wei Bu, “When you graduate, most of you will become street food vendors.” As the boy exits the office, a fellow pupil shuffles into frame, announcing, “The world is a wasteland,” before shuffling out.

If it sounds like an oppressive four hours, the remarkable surety of Hu’s direction provides a restless momentum. It’s a film constantly in motion, tracking cat and mouse alike through the city streets. The threat of violence is ever-present, but Hu cuts away as it erupts. Conflict is borne out of character and circumstance, rather than narrative contrivance or traditional dramatic structure.

The performances are inscrutable, deliberately so, emotion seemingly a waste of energy when it’s clear no one gives a fuck. Yet the humanity that Hu reveals in his relentless close readings of these life-worn faces speaks of an acute empathy towards China’s socially and economically disenfranchised.

“My life is like a fucking dumpster,” one character declaims with typical bluntness. “You can go wherever you want,” says another, “But you’ll find nothing different.” It’s a tragedy that the brilliant talent behind this masterpiece appeared to agree.

Four hours of grim miserablism by a first-timer, anyone?

An uncompromising masterpiece. One of the films of the year. 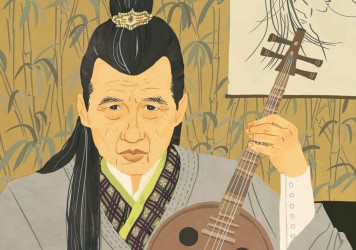