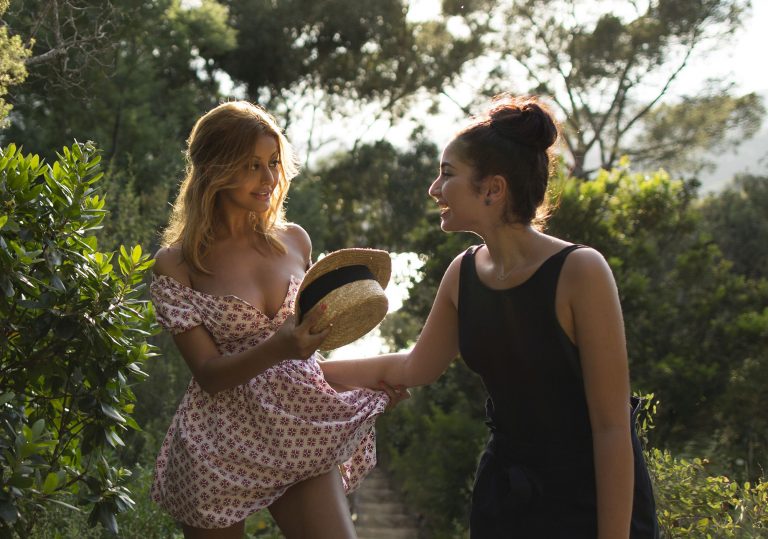 Zlotowski is normally dependable, but her English language debut, Planetarium, was a misfire.

A sun-drenched masterpiece with a subtle sting in its tail.

Exquisite filmmaking which brings the Nouvelle Vague into the 21st century.

An Easy Girl feels familiar. We open on a sparkling cove in Cannes, that mythical hub of French cinematic history, as a woman bathes in the crystal waters. A quote appears, Pascal, which draws our thoughts to Éric Rohmer’s 1969 discussion piece Ma nuit chez Maud in which two men use the philosopher to debate sex and women. Then another Rohmer film comes to mind, 1967’s La Collectionneuse, which begins with bikini-clad actress Haydée Politoff wading through the sea.

These are conscious choices by director Rebecca Zlotowski, who uses quotation as a means of crafting a wholly modern artwork. When we see Sofia, played by model Zahia Dehar who came to fame in 2009 when she performed underage sex work for a French footballer, she bears an uncanny resemblance to Brigitte Bardot with her sandy hair and thick winged eyeliner. Jean-Luc Godard likewise cast Bardot in his 1963 film Le Mépris as a symbol for the 1960s sexual revolution in stark contrast to the silent era of European cinema embodied by Fritz Lang, who plays a version of himself.

Godard’s attention, however, is on Bardot’s body, especially in a scene in which she invites her husband (Michel Piccoli) to verbally dissect her anatomy and identify the parts he likes most. Sofia replicates this in An Easy Girl: her hand caresses her breasts and thighs in extreme close-up as she teases two men on the beach. Like Bardot, she knows she can use her body to get what she wants.

Where Godard’s focus remains on the surface, the screenplay for An Easy Girl, by Zlotowski and Teddy Lussi-Modeste, delves into psychology. When Sofia and her cousin Naïma (Mina Farid) go to the cinema to see Pascal Laugier’s 2008 horror Martyrs, the scene shown is of a woman’s head being sliced open. An Easy Girl effectively does the same, studying the mental processes behind female sexuality and experience, conveyed through the cousins’ conversations and by Naïma’s voiceover narration.

Simultaneously, it’s a film about gazing – Laura Mulvey, author of the classic film studies text Visual and Other Pleasures, would have a field day – whereby making us party to the male gaze shows us how empowering it can be for women. While Sofia presents as the titular ‘fille facile’, we are also shown the effort needed to maintain that impression of ease. She has a micro-managed beauty routine; she eats in private rather than in front of potential suitors; she even claims to wax her labia to keep them soft. Sofia is a self-curated fetish object, stubbing out her slim white cigarettes in a clam-shaped ashtray, the cocks she collects like pearls.

Zlotowski casts an enchanting spell – just as Georges Delerue’s sweeping score catches us in the trance of Bardot in Le Mépris, Debussy nocturnes flow through the cinematic space, giving it an otherworldly charm. It’s where Zlotowski departs from Rohmer’s proto-mumblecore naturalism to create the illusion of stylisation Sofia similarly teaches Naïma.

But just like Rohmer, this is a moral tale which mocks masculine ignorance whilst applauding Sofia’s superiority, reading as retribution for the way Dehar has been slandered in the tabloid press. An Easy Girl reads not as the male sexual frustration of the Nouvelle Vague, but as a celebration of women’s sexual agency.

Zlotowski is normally dependable, but her English language debut, Planetarium, was a misfire.

A sun-drenched masterpiece with a subtle sting in its tail.

Exquisite filmmaking which brings the Nouvelle Vague into the 21st century. 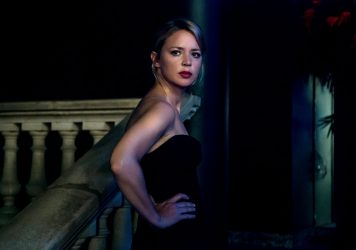