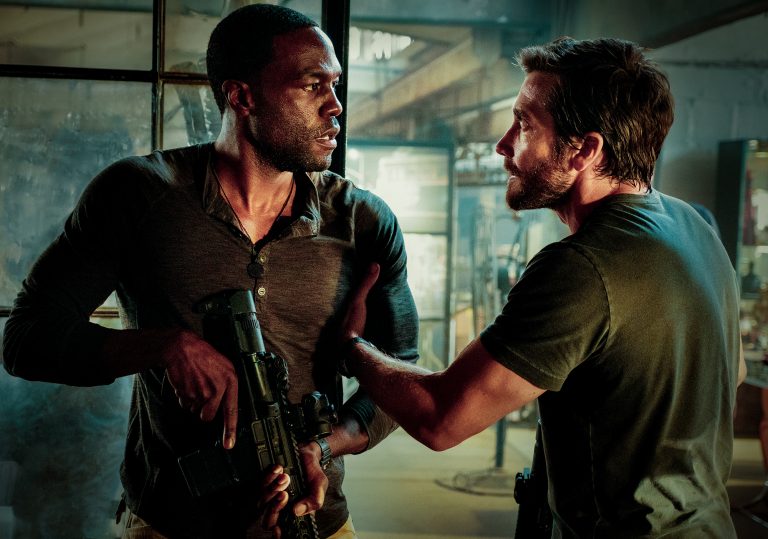 Looks both ridiculous and somehow more focused than previous Bay. After years of overly busy Transformers flicks, it’s a welcome change of pace.

The ambulance that can’t slow down!

Michael Bay returns to the multiplex with a high octane thriller involving a bank robbery and a stolen ambulance.

After having spent many years outside of the multiplex – his last feature 6 Underground was mostly left at the whims of Netflix compression – Michael Bay’s Ambulance feels like a direct response to such confinement. The thundering sound mix, the vertigo-inducing, rollercoaster-like swoop of the camera down the sides of skyscrapers, it all feels diametrically opposed to a streaming release.

It could be called Bay’s version of a passion project: the scope is smaller, the scripting more focused as it follows Will (Yahya Abdul-Mateen II) and his career criminal adoptive brother Danny (Jake Gyllenhaal) in a daring bank robbery, Will participating to fund his wife’s towering medical bills. Of course the careful planning goes sideways, and following a Heat-style gunfight in the streets, the brothers hijack an ambulance with the cop they shot plus the paramedic keeping him alive and embark on a prolonged, multistage car chase, not entirely unlike Speed.

Gyllenhaal and Abdul-Mateen II make an entertaining odd couple – the latter memorable and magnetic even though the former gets the louder, showier role, all frayed nerves and violent mania. As the hostage paramedic Cam, Eiza Gonzalez rarely feels helpless, an intense and steely role played entirely straight against the film’s lunacy, but somehow never feels boring.

In portraying this antagonistic trio and the lives they impact, Ambulance, to my surprise, feels much more considerate than the Bayhem of days past, much gentler and surprisingly less vulgar and juvenile in its portrayal of its characters, before some of them eat lead at least. Not to mention that they get to be funny as well as intense, rarely does the comedy in this filmmaker’s oeuvre actually work, but the banter and visual gags feel sharper than usual, the mix of ridiculous bravado and irreverence works in tandem with its adrenaline-fuelled delirium. (There’s a sequence where Gyllenhaal listens to ‘Sailing’ on AirPods to calm down.)

So, of course, a smaller scale and maybe even kinder Michael Bay feature doesn’t exclude gruesome operations, bullets tearing through skulls and fleets of cars being flipped and consumed by explosion, but it’s a comparatively humble effort to what the director is best known for by now (work that the script keeps reminding us of, with characters name-dropping both Bad Boys and The Rock). Shot across 38 days during the pandemic, there’s perhaps a little bit of that reflected in the wistful way it views a bustling city and in how the characters all feel the squeeze of financial obligation, but really you could drop this back in the 90s without changing anything. 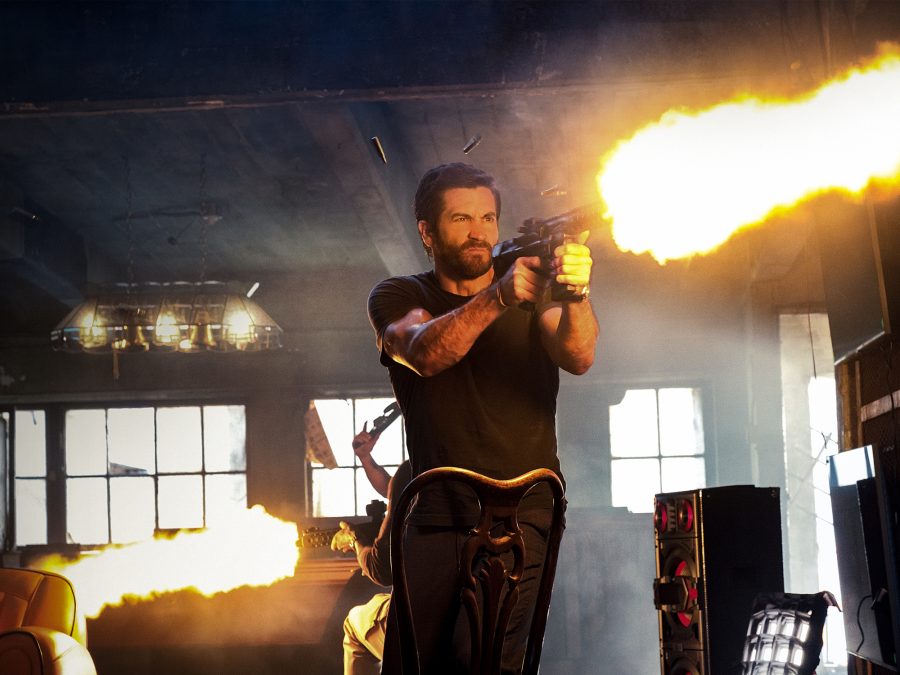 That’s to say that the themes of Ambulance, a simple tribute to the city of Los Angeles and its first responders, feels somewhat out of time, and also simply less interesting than the fireworks. After some meticulous setup of the disparate characters and their stake in the chaos to come, it’s absolutely at its best as an exercise in locomotion. A self-described shark of an action movie, Ambulance treats stillness like an existential threat, its sometimes bewildering editing fully committed to creating constant motion even outside of its set pieces.

It’s a good thing that it does. The constant stimuli might be exhausting for some but when it slows down for somewhat elegiac photography of LA and the murals signifying the people who struggle like Will, it doesn’t really hold a candle to the excitement of drone-mounted cameras hurtling through the streets or under power-sliding cars at breakneck speed. Said camerawork is a vertigo-inducing highlight, though it threatens to hit diminishing returns as the same visual flourishes repeat themselves barely minutes apart.

Despite that, excess is to be expected from this particular filmmaker, this is the better side of that impulse. The digital photography adds to a sense of rawness and immediacy rather than the layer of sheen that often accompanies Netflix originals or Marvel Studios flicks (or Bay’s own Transformers), and there’s simply a lot of satisfaction in being able to see a big-budget, big screen actioner unshackled from intertextual narrative. An admittedly low bar, but one that works in the film’s favour.

It’s genuinely astonishing how the script manages to keep adding increasingly absurd but exciting new complications, whether that’s psychological warfare being carried out on three different channels, or a surgery being carried out in the still-hurtling ambulance with instructions carried out by conference call, bumps in the road also meaning ruptured organs. It gets stalled somewhat by some rapid, back-and-forth editing in the film’s early stages that, in combination with a lapse in verbal communication, causes some confusion in the staging of a couple of its set pieces.

But for the most part it stays legible and exciting in how it visually maintains its momentum on its way to its corny “the real superheroes are the first responders” ending. Until that point, Ambulance is just delightfully unhinged in its experiment to see how much carnage can be caused by just one car chase.

Looks both ridiculous and somehow more focused than previous Bay. After years of overly busy Transformers flicks, it’s a welcome change of pace.

The ambulance that can’t slow down! 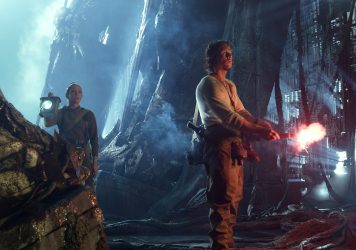