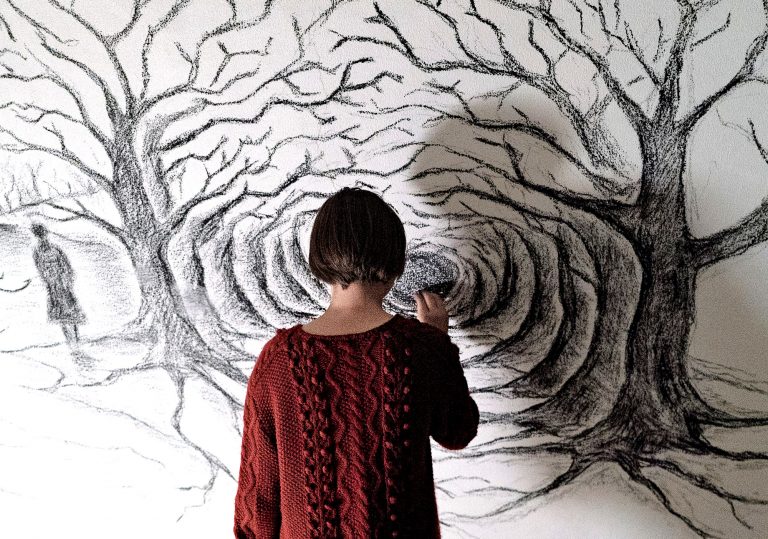 Not usually convinced by ghost stories.

Lovers of magical realism may wish to seek this one out.

A young girl attempts to unravel the mystery of her friend's disappearance in Fabio Grassadonia and Antonio Piazza’s second feature.

The title of Fabio Grassadonia and Antonio Piazza’s second feature tells only half the story. Where their sly 2013 debut Salvo artfully turned the traditional gangster epic on its head into something small and intimate, their new film has a scope and scale that belies the supernatural chamber piece implied by the title.

The film opens on 12-year-old Luna (Julia Jedlikowska) as she tries to figure out the best way to tell her classmate Giuseppe (Gaetano Fernandez) that she’s in love with him. Not that he doesn’t know it already – walking home together after school, the pair flirt as they have done many times before. But today, Luna is finally ready to confess everything, to do it all properly with a handwritten love letter. The handsome Giuseppe gives the enterprising girl a kiss, then leaves for what should be a minute. He never returns.

As the story unfolds and Luna ceaselessly looks for her lover, it becomes clear that she has more than a teenage crush on him – their connection seems almost mystical. Indeed, far from a straightforward teen movie, the film evolves in a decidedly magical realist style. Even before Giuseppe disappears, there is a peculiar atmosphere to their romantic walk in the woods.

Wide-angle shots create an ominous sense of danger, as does the frightening dog that pursues the young children before shredding Giuseppe’s backpack to pieces. Stranger still are the POV shots from someone or something invisible looking at the children, gliding between the trees. Could it be the spectre of the film’s title?

This style, however, quickly becomes tiresome. Luna is understandably enraged by the fact that no one seems to care about Giuseppe’s disappearance, but her unrelenting anger also permeates the film’s aesthetic, rendering it humourless, serious in the extreme, even spiteful. Every character is a source of disappointment for Luna; her mother an unambiguous villain.

Without offering even a fleeting a moment of respite, A Sicilian Ghost Story often feels heavy and stiffing, and against its misanthropic backdrop the girl’s passionate quest looks more like teenage rebellion than justified frustration. The intelligently structured story, as well as the striking cinematography from Luca Bigazzi (best known for his frequent collaborations with Italian filmmaker Paolo Sorrentino), feel ultimately wasted on a disappointingly juvenile and superficial project.

What drives the film forward isn’t the mystery around Giuseppe’s disappearance – its circumstances are revealed early on – but whether he can be saved. We eventually discover what happened, and the young boy’s stark situation is shown in parallel to Luna’s. Waiting for her, daydreaming about her, the boy slowly loses his mind. While this horror gives Luna reason for being so worried about him, the way in which the film seems to employ the violence it condemns as an excuse for its own general misanthropy remains troubling throughout.

A post-film payoff – another justification – brings us back to reality from this magical realist aesthetic with an enervating thud.

Not usually convinced by ghost stories.

Lovers of magical realism may wish to seek this one out.