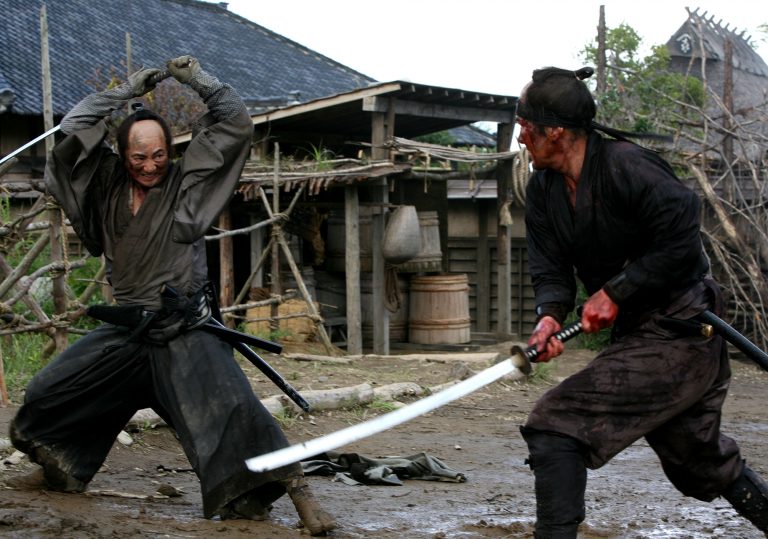 He’s made over 80 films in 20 years, so Miike should have no trouble handling 13 heroes.

By turns exciting, horrific, funny and thrilling – but mostly intense and always spectacular.

Miike’s magnificent 13 mark both the end of an era and the boundary of a genre.

If 2007’s Sukiyaki Western Django refashioned Sergio Corbucci’s 1966 spaghetti western Django (itself heavily influenced by Akira Kurosawa’s 1961 Yojimbo) into a hyper-stylised post-modern reverie on the endless traffic between America and other cultures, then 13 Assassins, the latest film from Japanese cinema’s impossibly prolific bad boy Miike Takashi, similarly explores the beleaguered codes of masculinity that link the jidaigeki (or samurai period piece) and the western.

The year is 1844, shortly before the birth of Japan’s enlightened Meiji era. In symbolic re-enactment of the shogunate’s death throes, a samurai commits seppuku. The suicide is a protest against Lord Naritsugu Matsudaira (Inagaki Gorô), an effete psychopath whose status as the Shogun’s younger brother lets him rape, dismember and murder with impunity, posing a contradictory challenge to every feudal value.

Secretly tasked with assassinating him, semi-retired samurai Shinzaemon Shimada (Yakusho Kôji) assembles a team for the suicide mission, transforming a woodland village into a death trap. There the 13 assassins will face an army of 200, led by Naritsugu and Shinzaemon’s long-time rival Hanbei (Ichimura Masachika). There will be blood – indeed, there will be a total massacre.

Miike’s film is as much a reimagining of Kurosawa’s 1954 Seven Samurai as a remake of Kudo Eiichi’s 1963 Jusan-nin No Shikaku – but it plays like a revisionist western. Here, Shinzaemon and his wild bunch ‘must do what must be done’, yet the values of heroism and honour that they celebrate also seem entirely outmoded, as characters repeatedly contrast ‘these days’ with the nostalgia-tinged ‘age of war’.

Meanwhile, spectacularly mounted fight sequences fill the film’s entire second half, exposing battle itself not only as a muddy, bloody affair where there is, as one character puts it, “No samurai code or fair play”, but also as a prolonged exercise in fatal futility.

“You bore me,” complains the thirteenth assassin Koyata (Iseya Yusuke) in the thick of the fight – and while viewers are unlikely to feel likewise when confronted by Miike’s intense visual style, there is an undeniable whiff of fin-de-siècle melancholy to all the on-screen carnage.

He’s made over 80 films in 20 years, so Miike should have no trouble handling 13 heroes.

By turns exciting, horrific, funny and thrilling – but mostly intense and always spectacular.

Miike’s magnificent 13 mark both the end of an era and the boundary of a genre. 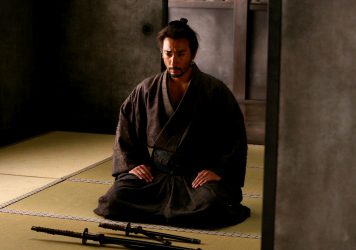