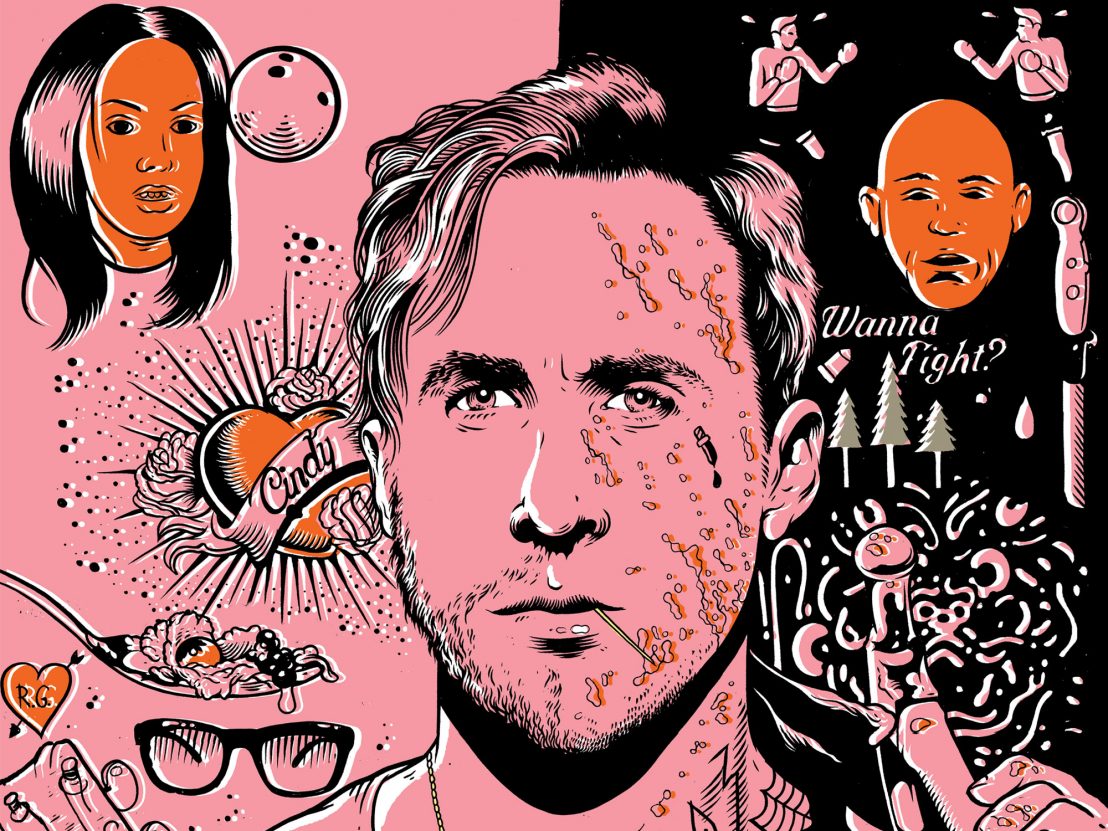 The last time LWLies caught up with Ryan Gosling he was on the brink of megastardom – a string of head-turning lead performances under his belt, an Oscar nom in the bank and the (somewhat undesired) title of meme king incumbent secured.

In the five years since Drive left audiences giddy on gasoline fumes and unanimous in their newfound mancrush, Gosling has starred in five movies and made his directorial debut on Lost River, all while keeping his place at Hollywood’s top table. And, in the last 12 months, he’s become a husband and father. With so many recent changes in his life, we took the opportunity to sit down with Gosling to discuss how he’s approached finding the right balance between his personal and professional duties.

LWLies: At South By Southwest back in March we saw you in conversation with Guillermo del Toro. You talked about how, as a kid growing up in Canada, America was like a pinup girl on your bedroom wall. How has your perception of America changed since then?

Gosling: When I was a kid all I wanted to do was to move to Hollywood and be an actor. I was in love with American movies and music. I grew up not too far away from Detroit, which was the biggest American city near me, and it seemed like the place where everything cool came from – from Motown to Eminem or the auto industry. For me that was where the American Dream came from. So when I got there I was really surprised by the way it is now. They’d just declared bankruptcy and they were starting to cut off the power to some of the street lights and there were houses burning down and buildings being torn down every day. So this was like 2011, and at that time it felt like that dream was turning into a nightmare. I wanted to make a movie about that.

Where did the fairy tale noir aesthetic come from?

That came from this idea that these kids had created this idea of what’s happening to them as being like a fairy tale. So that it would make it important somehow, that there was some kind of magical realism, like a spell or something, that made it more important in their minds. But it was just a story they told themselves to make it more romantic. I wanted to shoot the film subjectively through their lens so that we would see it too.

What is it about fairy tales that attracts you?

I guess they’re the first stories you hear, so they frame your idea of what a good story is. It’s my first film so it felt like going back to those early ideas, those first stories that inspired me and made me love movies.

You’ve talked before about finding the right collaborators, how important is that to you now?

It’s become really important. When I was a kid my uncle came to live with us for a year and in that year he decided he was going to be an Elvis impersonator. And so we lived with Elvis for that year. He was making his own jumpsuits and talking like Elvis and singing like him and everyone got involved in his act – my mom was a backup dancer and my dad was his security. It just brought everyone together in this really great way and gave us something to work on and care about. It was fun, and when it was over it was kind of like the circus had left town and everybody kind of went back to their own lives. It really affected me, I wanted that to happen again. It made such an impression and I often find myself trying to revisit that somehow. To make something with your friends is a great experience, when you have something to show from the time you spent together – you’re not just sat around sipping lattes talking about the weather. You really get to know people that way, when you work with them.

We recently watched Liv Cofrixen’s film, My Life Directed by Nicolas Winding Refn. In it you spend a lot of time hanging out with Liv and Nic and their kids…

Nic is that way, he brings his family everywhere. I think that’s really cool. And also [Blue Valentine, The Place Beyond the Pines director] Derek Cianfrance is the same, his wife and his kids are always a big part of the production. I think they’re both good examples in that way that you can be creative and still be involved with your family.

It can’t be easy balancing work and family in your profession.

It’s true. But if you create your own work… If you look at [John] Cassavetes for example, he made his films in his house with his wife and his family and friends. The kids’ rooms were the editing rooms or whatever. [Francis Ford] Coppola was famous for that too, having his family around. That’s what I want, ultimately. This movie featured a lot of people who I’d worked with before and a lot I hadn’t, you know, like Reda [Kateb] and Matt Smith and Benoît [Debie].

Do you see yourself making more personal films?

I don’t know, this has been like a three-year process and I’m just approaching the tail end of it… I’ve learned a lot from making this film, both about myself and about filmmaking. I really excited to make another film, I’m just not sure what that will be just yet.

Is there anything about Lost River you’d change?

Well, the thing is you don’t know how to make a movie until you make one. There’s no way to learn it but to do it, that’s the way it is. But I love the way it turned out and I think it reflects what we all set out to make. I’m anxious to get back in there and make another one.