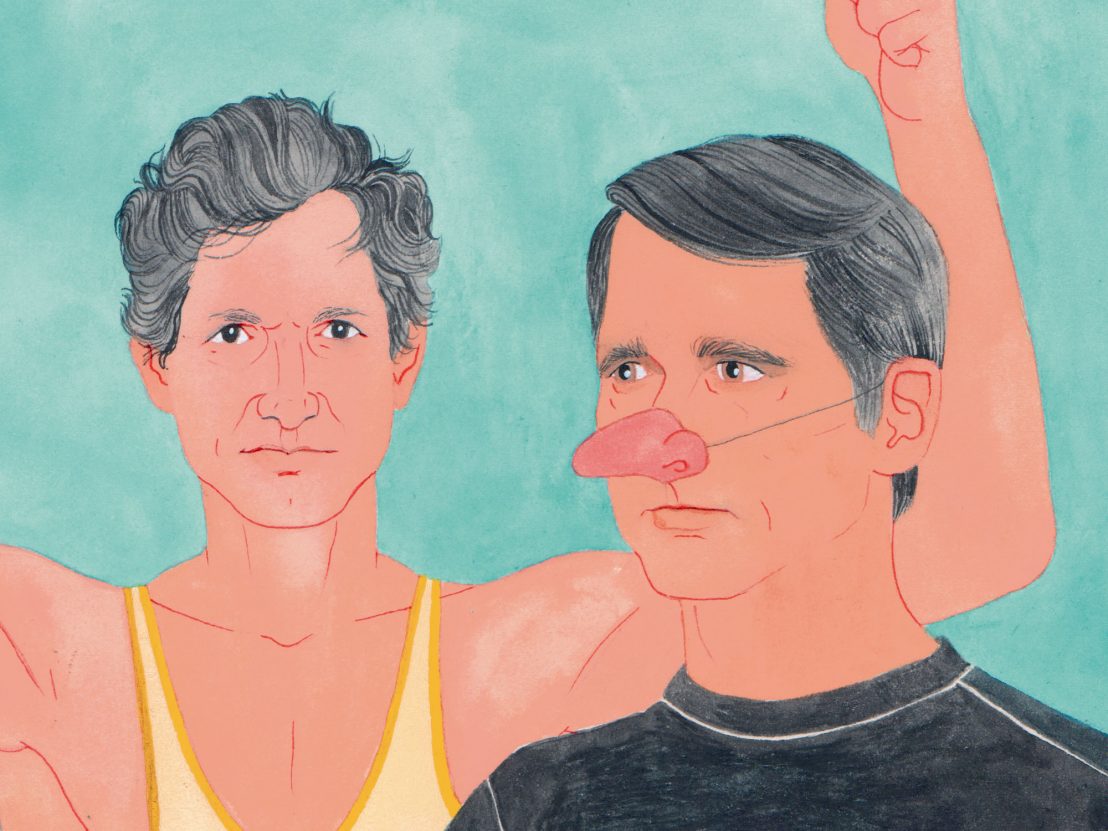 Bennett Miller: The first time I met Steve I saw a seriousness and an insightfulness about him. This is a tragic story and Steve’s reflections on the script bore no resemblance to anything you might have seen on The Office. That, coupled with Steve’s comic styling, I just think was a really kinky cocktail. My feeling about good comic actors – not necessarily comedians, but comic actors – is that they can do anything. Maybe it’s an unfair bias in their favour, but if you can do comedy well then the other stuff, given the right circumstances, is absolutely within reach.

Steve Carell: One of the things that I found exhilarating was getting to explore a different side of myself. Channing [Tatum], Mark [Ruffalo] and I kept to ourselves. We gravitated to different places, physically and emotionally. I think we all felt it was better to not make those personal connections. I’m so wary of pretentious actor talk, of “method acting” or whatever, but I think it inadvertently became that. I never consciously set out to subvert people’s expectations of me as an actor, though.

BM: That’s right, but from the perspective of you being a comic actor we discussed stuff like Scrooge with Alastair Sim, who was predominantly known as a comedic actor at the time, and likewise Peter Sellers in things like Being There and also Anthony Hopkins in The Remains of the Day.

SC: Another thing about Du Pont was that he had such a specific look and I think that contributed in great part to how people treated him and responded to him. He was repellent in many ways, physically. The make up inadvertently informed me of that when I was on set – I could feel that sense of others not wanting to be in my company. It’s nothing that I had planned on; it wasn’t a preconceived notion, more an interesting effect.

BM: I’m just remembering now though something that you did on our camera test day, before we began shooting that possibly could have contributed to that feeling… The first time Steve appeared on set, it was the first time the crew and the rest of the cast had seen him in full make up. I remember everyone was getting into position, moving lights around and making last-minute adjustments and all of a sudden Steve’s voice pierced above the din of the set in a very loud, humourless, stinging register, announcing, “Carell is spelled with one ‘r’ and two ‘l’s!” The room was absolutely silenced, and that chair disappeared in a snap. Really, in a near-impossible feat of prop management, his chair came back in what seemed like no time at all with his name spelled correctly. That really set the tone moving forward. Do you remember that?

SC: I do. It seemed like they went and did it immediately. I just wanted to try out the character and see how people reacted.

BM: Du Pont was this dopey, benign fellow who could surprise you with a hard slap across the face. So the make-up served two functions really. But at its most effective it became part of the character and helped people understand the alienation he felt because of the way he looked.

SC: People treated me differently. Very rarely was I seen out of make-up, because I’d be in it for three hours and I’d be in two hours before everyone got to set, and I’d generally be one of the last to leave. I always got the sense when people saw my face that they’d almost forgotten I was there.

BM: That absolutely happened. It took me a bit of time to acclimate back to the real Steve Carell, because I never saw him without make-up on. It was a 55-day shoot, that’s a long time to spend in someone’s company when they’re almost unrecognisable from the person you know.