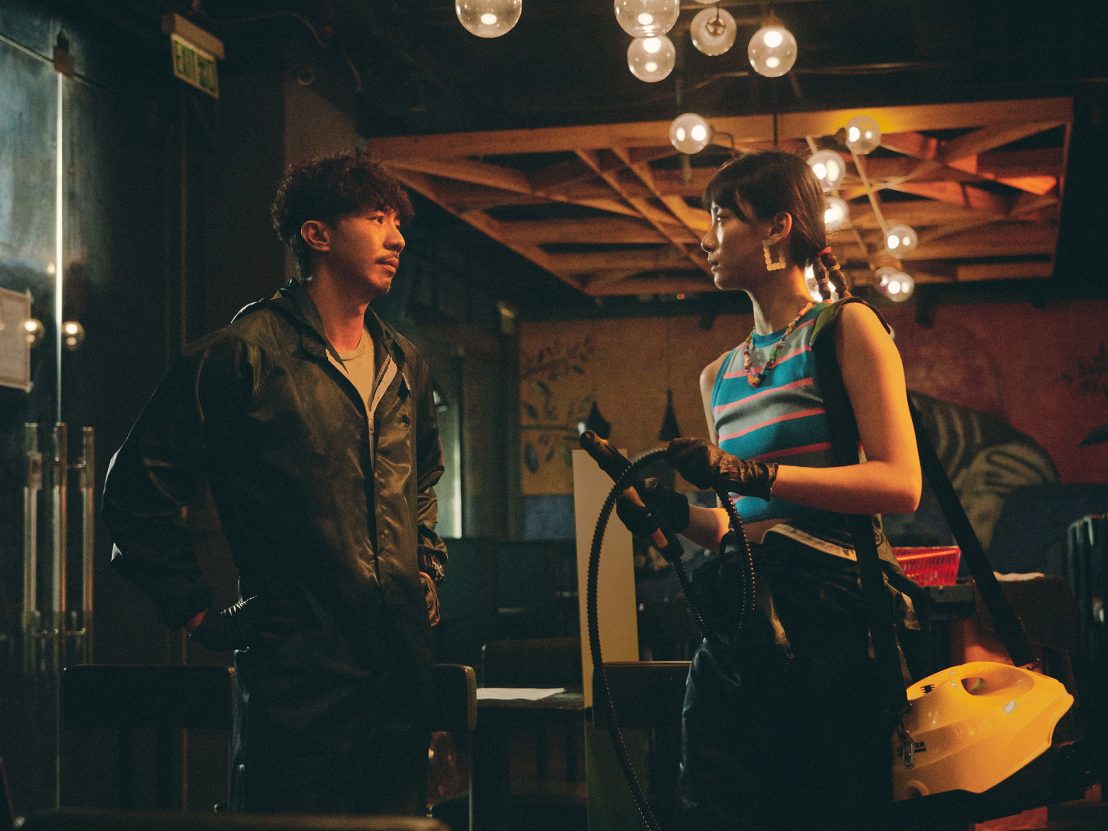 Lam Sum's Hong Kong-set Covid drama is tender but lacks incisiveness when it comes to the pandemic.

We may decry the idea of pandemic movies, but it’s perhaps unavoidable that cinema is being used to attempt some kind of ‘great processing’ of the last few years – and who knows? Eventually, one of these attempts might just cut through our skepticism, no matter how well-founded.

The opening shot of Lam Sum’s The Narrow Road seems to promise just that. As a man in full protective gear sprays a cloud of disinfectant above his head, the act of sanitising a room is rendered dance-like: he moves with a slow grace, and the fog of cleaning solution thickens into an otherworldly haze. How quiet the city around him feels in these hours of the morning when almost no one is awake – we are, though, and we bear witness to the surreal beauty of his work, as it sustains the rest of the sleeping city without ever being seen.

Set in the early days of the pandemic in Hong Kong, ‘The Narrow Road’ follows Chak (actor and Cantopop star Louis Cheung, whose physicality brims with rugged, tattooed charm) and his one-man cleaning operation. He’s so lonely that he talks to his van, and answers his mother’s inquiry into his slowly failing business – “maybe God is telling you to quit?” – with a wry, “I’m smaller than a speck of dust. Why would God care?” So when a bright-eyed young woman knocks on his door, eager for employment at his company, we know what we’re in for. The formulaic juxtaposition of world-weary Chak with free-spirited single mother Candy (a perpetually quirkily-dressed Angela Yuen) is tempered by just how likeable they are; the two non-kindred spirits forge a companionship that’s as much about the material ways they help each other survive constant precarity as it is about the solace of connection between two specks of dust, forgotten by God.

Yet while the film’s tenderness is initially a welcome, charming approach, it falters in locating any substantial social critique. With the exception of one extraordinary, tonally shocking scene where Chak and Candy clean up the human-shaped residue left by a decomposing corpse in someone’s apartment, ‘The Narrow Road’ provides little in way of helping us understand the incalculable loss ravaged by a global pandemic. Its earlier visual poetry, which imbued even the squeegeeing of a window with a ritualistic dignity, vanishes in its second half – and the expected interrogation of the labour of cleaning (and to whom that burden falls) never manifests.

The film’s commentary, frustratingly, comes to settle on the level of the individual. Candy decides to stop shoplifting, and Chak gives her his life savings so she and her daughter can start over on more steady ground. Concluding that selflessness and indefatigability are what save us, the film relieves itself of the much more difficult task of critiquing why we must be selfless and indefatigable in the first place. Too gentle and too hesitant, ‘The Narrow Road’ fails to tell a story of incredible socioeconomic violence with the conviction it requires.