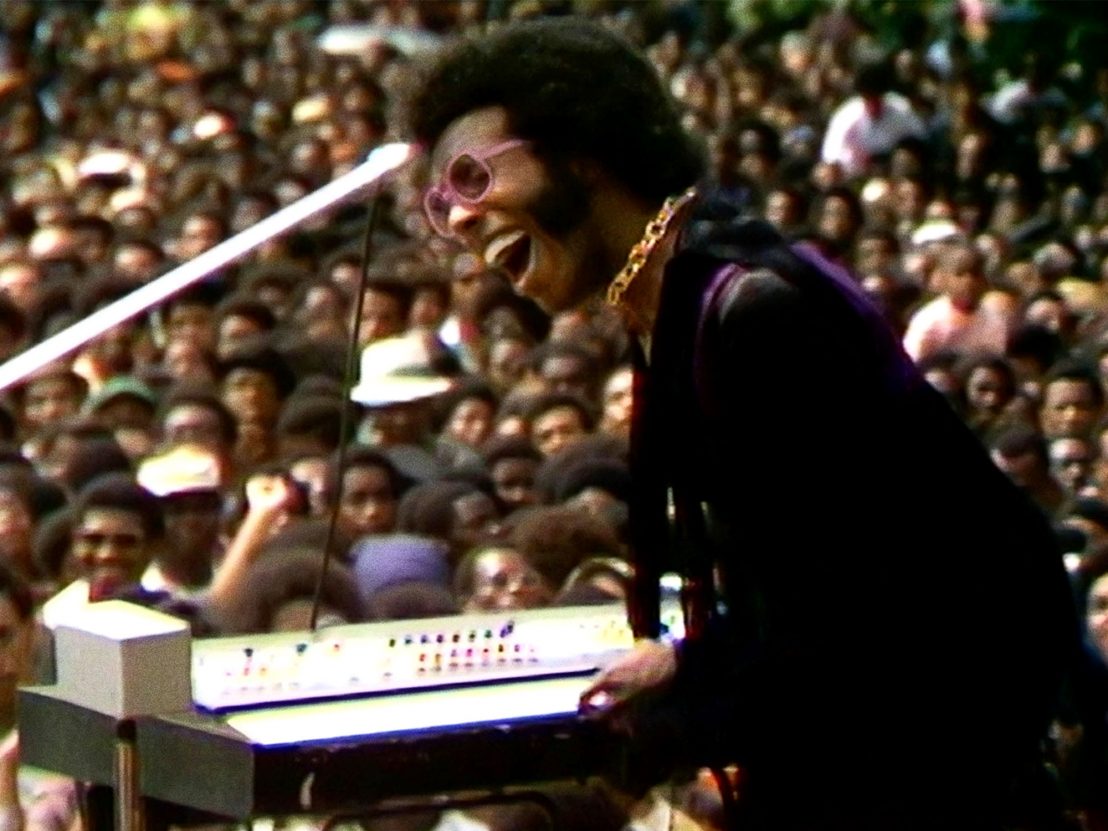 What is so remarkable about Summer of Soul (…Or, When The Revolution Could Not Be Televised) is the scope. Questlove has an expert musicality to his filmmaking and conducts image, music and thesis with a fast paced rhythm. This film is so much bigger than just the story of a concert – it lovingly paints a dynamic and far-reaching portrait of what it means to be Black in America.

It would be impossible to separate the artists from the politics. As Nina Simone succinctly puts it, “How can you be an artist and not reflect the time?” The Black community was recovering from the assassinations of Martin Luther King Jr, JFK, Bobby Kennedy and Malcolm X, who was a long-term resident of Harlem. There was a great deal of anguish among the Black people that faced abject poverty in a country with the means to send men to the moon.

There was also a conscious shift to identify as “Black”, something that felt bold and proud rather than “negro” with its connotations of slavery. John Lindsey, the Mayor of New York at the time, cared deeply about the Black community and in a desire to both celebrate and placate them, funded the Harlem Cultural Festival. But it was ultimately Harlem resident and promoter Tony Lawrence who pulled off this extraordinary feat, and he appears throughout the film as part-preacher, part-presenter, conducting quasi-sermons in a series of increasingly flamboyant shirts.

The footage of the event, which sat in a basement for 50 years, is crisp and bright with perfect fidelity of sound. Each sequin trim and horn blast is captured with precision, making it stranger still that this is the first time it is being shown. Stevie Wonder oozes cool on the drums in a flouncy brown suit with protruding lemon yellow cuffs and collar. The 5th Dimension live up to their name in flowing neons with ethereal and supernaturally precise harmonisation. Gladys Knight provides an exquisite balance of soul and camp; her backing band The Pips are particularly delightful and hilarious with their synchronised vocals and choreographed double-claps.

But perhaps most exciting of all is Sly & The Family Stone, who meander onto the stage like they are lost before launching into thrilling subversive psychedelic chaos. Sly, accompanied by a white man on drums and a Black woman on trumpet, has a unifying, exciting and progressive message.

There is so much beauty in this film, in detail in the outfits of the attendees, the composition of the interviews and in the tightly constructed contextualising montages. This event was a complex one, the crowd was in both ecstatic celebration and profound grief. Questlove’s film captures that complicated reality and in shining a light on this long forgotten footage, has written a poignant love letter to the Black community.