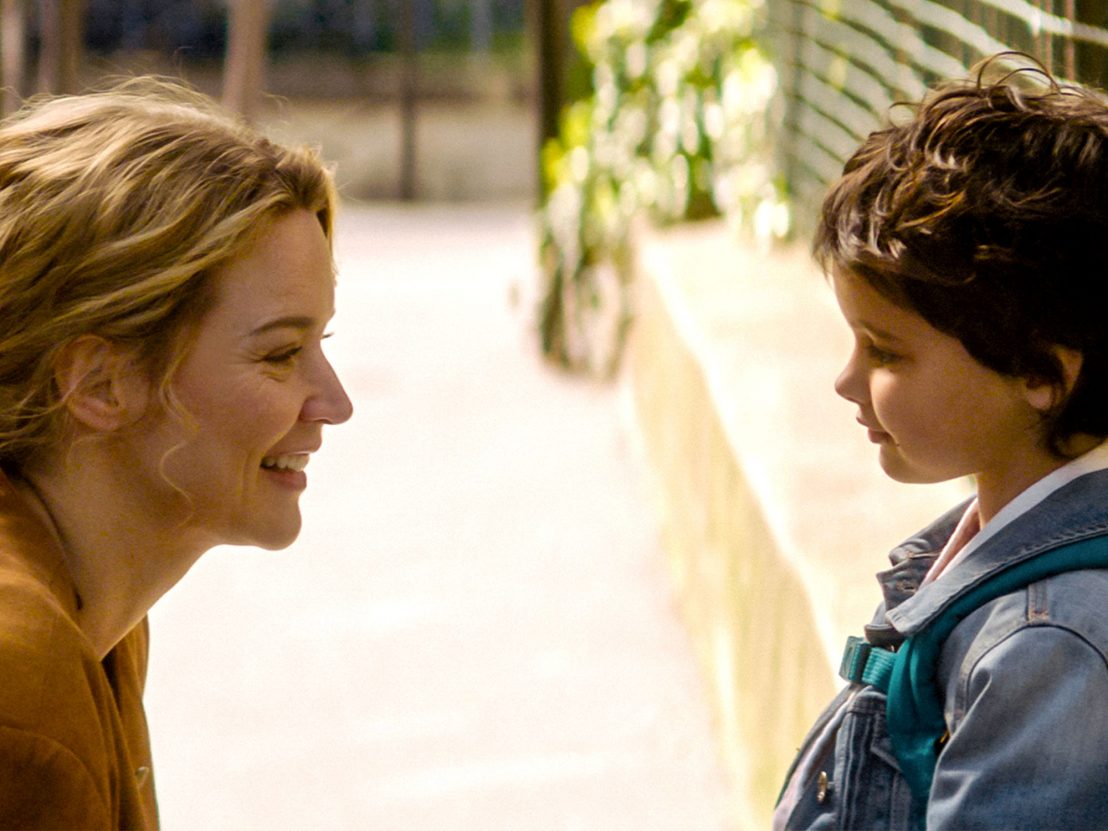 Rebecca Zlotowski’s wistful character study of a woman navigating the highs and lows of middle age bursts with passion and insight.

In its own playfully ironic way, the title of French writer/director Rebecca Zlotowski’s fifth feature has the power to strike fear into the heart. It suggests a horror movie: the horror of having to pretend to be the mother of a child who is not yours; the horror of biological changes to the body and the loss choice those changes bring; the horror of living in the shadow of another woman; the horror of realising that time is slipping away from you, and you cannot stop the clock.

It is not a horror movie. Other People’s Children in fact works as a companion piece to another film from this year: Mia Hansen-Løve’s One Fine Morning, which chronicled the dashed romantic forays of a single mother played by Lea Seudoux. Here, the story is less focused on the conversational articulation of feelings and our flailing attempts to decipher the paradoxical compulsions of the heart, and more on the desires we muffle in order to make these awkward, yet romantically rewarding situations work.

Virginia Efera is Rachel, a loquacious and empathetic secondary school teacher who falls for divorcee and parent-of-one, Ali (Roschdy Zem), while attending her weekly acoustic guitar jam. A tentative courtship reveals his nerves and her comfort, as she consoles him while he cutely fumbles drink orders at a café. Yet it’s not long before the pair are zooming towards final base. After the relationship has been passionately consumed, Rachel takes a solo tour of Ali’s apartment, and immediately sees the remnants of his past relationship – most prominently, the bedroom of his cutie-pie four-year-old, Leila.

What makes Other People’s Children both unique and effective is that Rachel is the one who is valiantly attempting to make the situation work, as flexible in her interpersonal outlook as she is while acrobatically making love to Ali. Zlotowski’s film is interested in how we prioritise the needs of those we love, and Rachel knows that it would be both unbecoming and potentially destructive to vie with Leila for a place in Ali’s heart. She is also someone who wants children herself, but, per the poetic musings of her gynaecologist Dr. Wiseman (a rare dramatic performance by documentary maestro Frederick Wiseman), that moment may, unfortunately, have passed. Could this be a handy solution?

Describing this as a horror movie is, of course, entirely facetious, as it is in fact a very beautiful and controlled examination of how a definition of parenting can exist beyond the strict biological sense of giving birth to and then rearing a child. Zlotowski shows that there are alternative paths to exercise at least some of the moral obligations that come from being a parent, yet the film is essentially a muted but prideful celebration of a moment when these conservative boundaries are being shattered.

For its opening hour, the film is a model of objectivity in its refusal to pass judgement on the flighty whims of these characters. Yet, by its close we see more of Ali’s flaws as a way to foreground Rachel as the hero, and this strategy does serve to take the edge off of its most trenchant observations about this situation. A subplot, too, about a problem student that Rachel takes under her wing smacks of Hollywood “inspirational teacher” wish fulfilment, even if it does tee up one of the film’s most nakedly moving sequences.

As a follow-up to her exceptional – and sadly underseen – An Easy Girl from 2019, Other People’s Children could and should finally cement Zlotowski’s place in the top class of European auteurs. The ease with which she navigates and presents this thorny material – bolstered no end by Efira’s wonderfully charismatic central performance – would suggest that she’s a talent to be treasured.