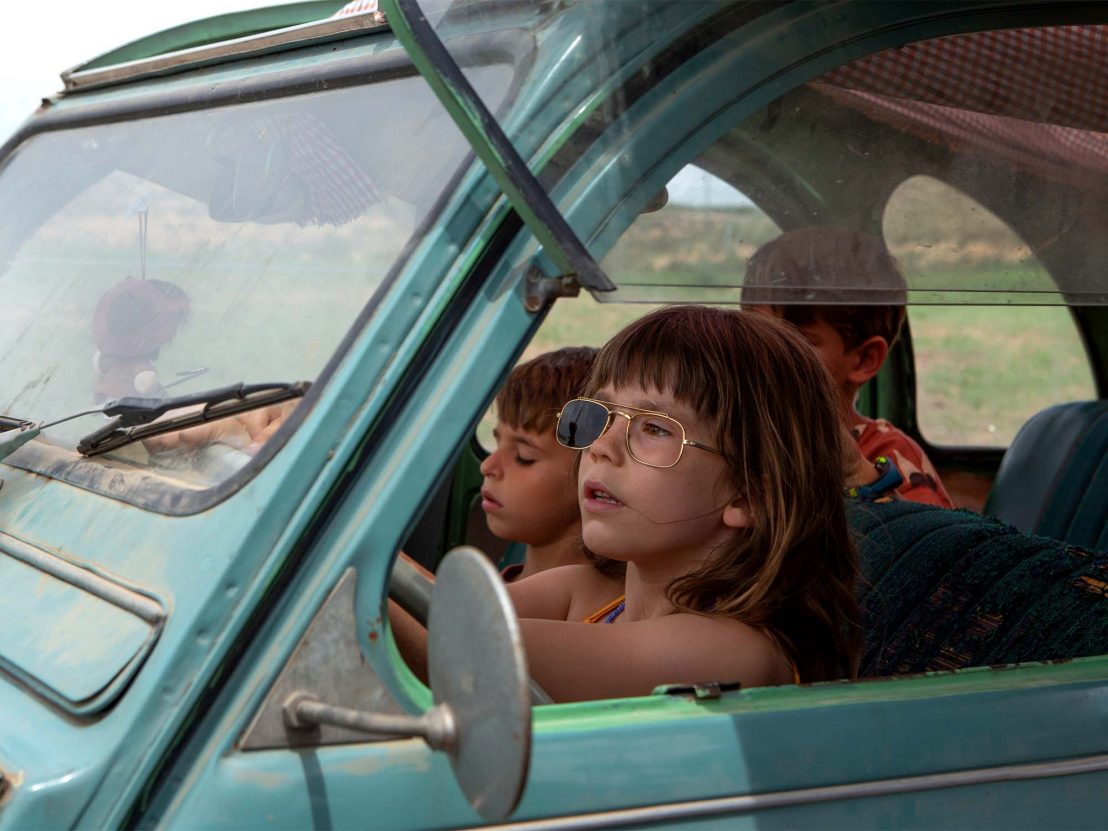 Carla Simón’s semi-autobiographical second feature is a charming affair, focusing on a family whose farmland is under threat.

Peaches glow like tiny suns in the Catalan village of Alcarràs. They hang lush and ripe from the hundreds of trees that form the Solé family’s orchard, waiting to be picked by familiar hands. “Solid ground, beloved land,” sings the grandfather in praise of the earth that has fed and nurtured his household for decades, and in mourning for the devastation that looms on the horizon.

In Alcarràs, the second feature from director Carla Simón, a farmland under threat causes a hardworking family unit to splinter. A man’s promise years before is now no longer enough to secure the Solés ownership of the peach orchards and the legal proprietor of the land wants to raze the fruit trees to the ground in order to install solar panels in their place. Brother Quimet (Jordi Pujol Dolcet) continues with the harvest as stoically as he can while siblings and spouses also try to maintain normality, aware that this summer will be their last.

The film strikes a deft balance between idyllic reminiscence and melancholy for a cherished place, meandering through the narrative to dwell a while on the hideaways and favourite spots of the family – the grandfather’s fig tree, the children’s ever-changing den – but also delivering a poignant tale about the impact of industrial development on agriculture. Simón nods, perhaps too briefly, to the precarity of work for Black labourers, too, who can’t all be hired to work on the peach harvest.

The cinematography of Daniela Cajías complements these parallels as the village’s hazy, golden light hovers between idealist memory and oppressive heat. With the growing family resentments, teenage insecurities, and small town ennui on top of this, the film becomes an incredibly layered and moving reflection on coming to terms with your position in a time and a place and what to do when the ground crumbles beneath you.

Where Simón’s previous film, Summer 1993, had orphan Frida as its emotional focal point, Alcarràs takes a broader look at the Solés as a group, expertly incorporating smaller, individual narratives into their crisis as a community. It’s a film that feels closely aligned with the work of Italian filmmaker Alice Rohrwacher, particularly with its emphasis on rural agriculture and familial structures and in its rich, textured images, imbued with the warmth of the climate.

Simón’s knack for bringing beautifully naturalistic performances out of actors (in this case, non-professional), and particularly children, is clear again here; young Iris (Ainet Jounou) is one of the film’s highlights, cheeky and full of bright imagination.

The power of Alcarràs lies in the filmmaker’s care for and understanding of her subject which, as with Summer 1993, is a story taken from her own life and examined on screen with a deceiving charm that gives way to a deeply emotional narrative. It is a joy to watch, too, for all its moments of simplicity and practical work: as mothers and sisters peel peaches with paring knives and encase them in glossy syrups, as fruits tumble in their hundreds from buckets into pallets, or as parents teach children how to find the ripest crop, passing down their legacy at every turn. 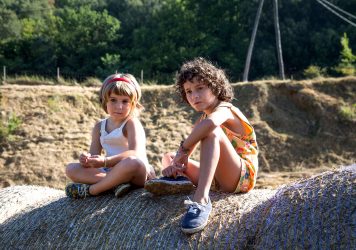