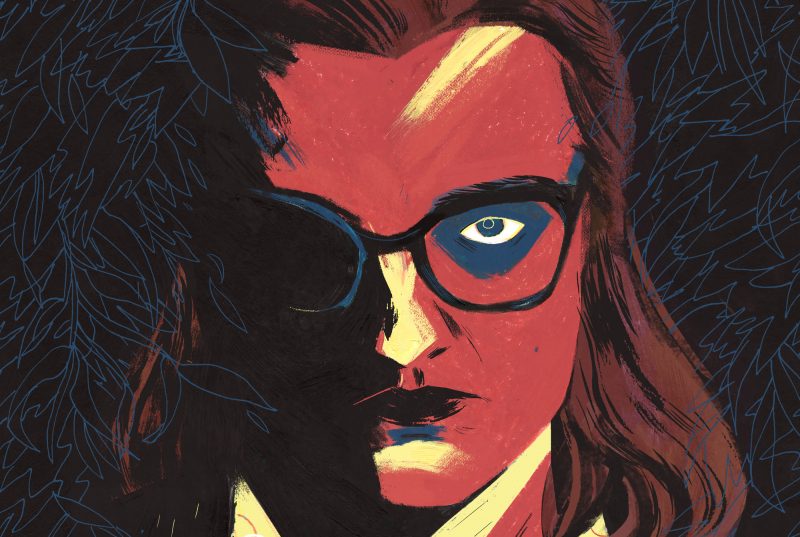 Josephine Decker’s Shirley sees the incomparable Elisabeth Moss play Jackson, and Michael Stuhlbarg on wonderfully reprehensible form as her husband Stanley Hyman. The couple welcome newlyweds Fred and Rosie Nemser (Logan Lerman and Odessa Young) into their home as Fred takes up a teaching position alongside Stanley at the nearby Bennington College, but soon the couples’ lives become hopelessly entwined, and Shirley and Rosie develop a mutual fascination.

We’re delighted to bring you our tribute to this gorgeous beast of a film – but also, we’re delighted to be back more generally. When we produced and released our Food & Film issue, it was a scary time to be a print magazine dedicated to film (or scarier than usual, anyway). 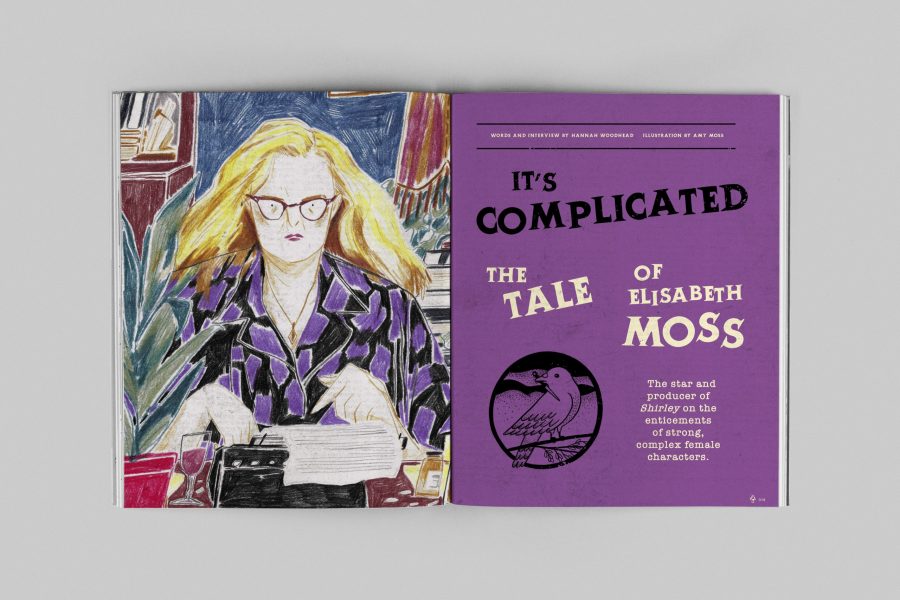 Isip Xin‘s evocative portrait of Elisabeth Moss as Shirley Jackson – created with pastels, paint, and digital elements – captures the witchy vibe of the film. Isip also illustrated the rather dreamy endpapers, featuring the Vermont home of Jackson and Hyman, and the woods that surround them.

It’s Complicated
Hannah Woodhead speaks to Elisabeth Moss about her immensely impressive body of work, plus the ins and outs of playing a literary icon.

Writer’s Rooms
We asked three artists – Jason Ngai, Miranda Harris and Adriana Bellet – to imagine what the studies of three legendary female screenwriters might have looked like.

The Sounds of Tamar-Kali
Lillian Crawford speaks to one of the hottest composers around, who’s a regular with Dee Rees and now lends her talent to Shirley.

A Shroom of One’s Own
John Semley delves into the on-screen history of the humble mushroom.

The 1001st Woman of Horror
Anton Bitel interviews Alexandra Heller-Nicholas about her latest book, ‘1000 Women in Horror’ which sings the praises of iconic and overlooked figures in this traditionally male-dominated genre.

In Dreams: A Conversation with Charlie Kaufman
To celebrate the release of both I’m Thinking of Ending Things and ‘Antkind’, David Jenkins chats to one of the most fascinating (and elusive) figures in film.

Threads
In her regular column on fashion and film, Christina Newland is on the prowl for one of the chicest accessories: cat eye glasses.