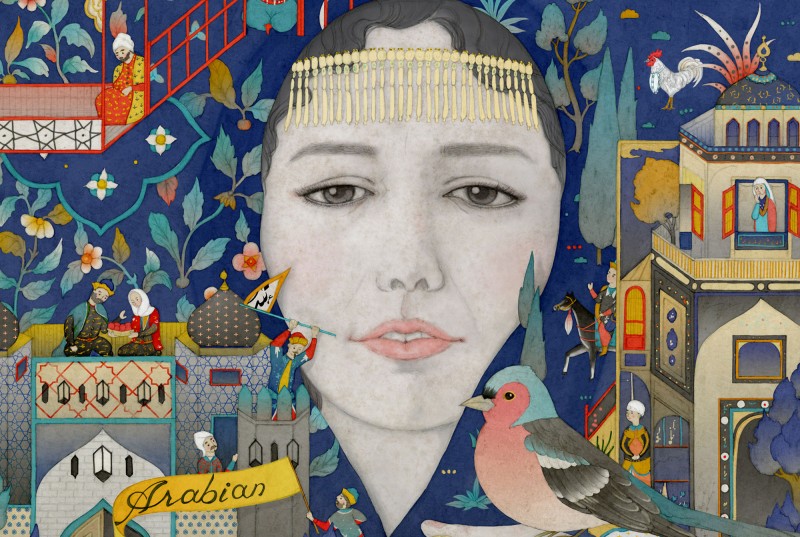 Back in 2012, we awarded our annual film of the year prize to Tabu, a sweeping colonial love story featuring a melancholic crocodile by the Portuguese director Miguel Gomes. His follow-up, the singular, whimsical and boldly romantic Arabian Nights, premiered at the 2015 Cannes Film Festival – and we haven’t been able to get it out of our minds since. So what better way to exemplify our passion for this marvellous creation than to place it on the cover of our latest print issue?

The cover artist for LWLies 64 is the great Whooli Chen, who has channelled the film’s contemporary outlook into a colourful and classical Persian style.

In the front section…

A Letter to Miguel

Director Miguel Gomes writes a letter to himself in the year 2004, just as he was about to embark on a feature film career.

Miguel Gomes tells us how writing a movie is a case of constant reinvention.

Arabian Nights is a movie that toys with the idea of what is real and what is fake, what is fictional and what is fact. Does the term “documentary” still means what we think it does? We put this simple question to a host of film industry luminaries to divulge the state of documentary in 2016.

Directly inspired by the loose-leaf structure of Arabian Nights, LWLies offers a compendium of wild tales which look at the landscape of modern cinema through the prism of vintage pornography, hand-drawn flyers, teen fantasy franchises, Paris Hilton, Troma and Chris Hemsworth’s abs. 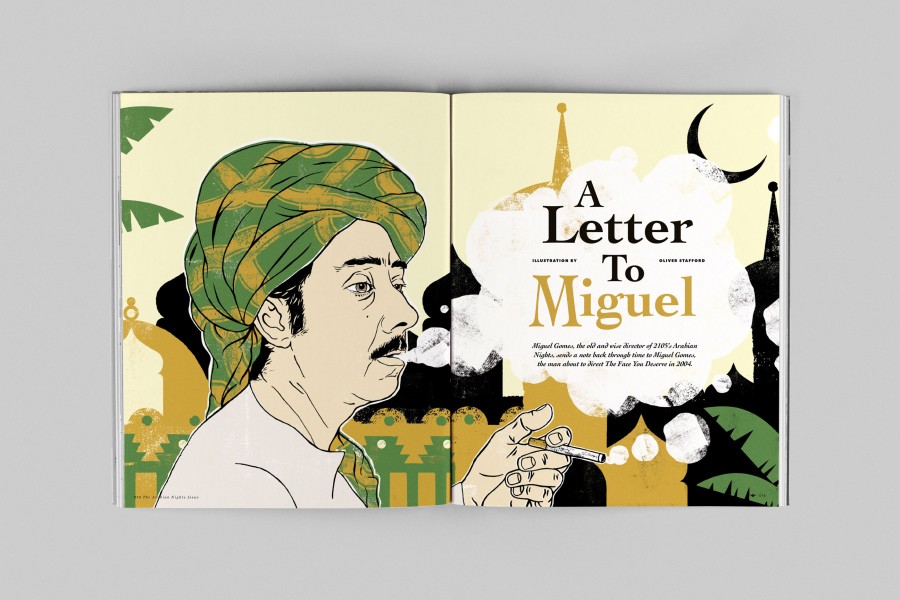 All that plus interviews with Hirokazu Koreeda, Alice Winocour, Joachim Trier, Robert Eggers, László Nemes and Sebastian Schipper, and Ex-Rent Hell re-visits the insane ’90s mind-melter, In Bed with Madonna.

LWLies 64 hits newsstands Friday 4 March and is available to pre-order now from our online shop. Subscribers will start receiving their copies from Thursday 3 March. Arabian Nights is released in UK cinemas 22 April, 29 April and 6 May.