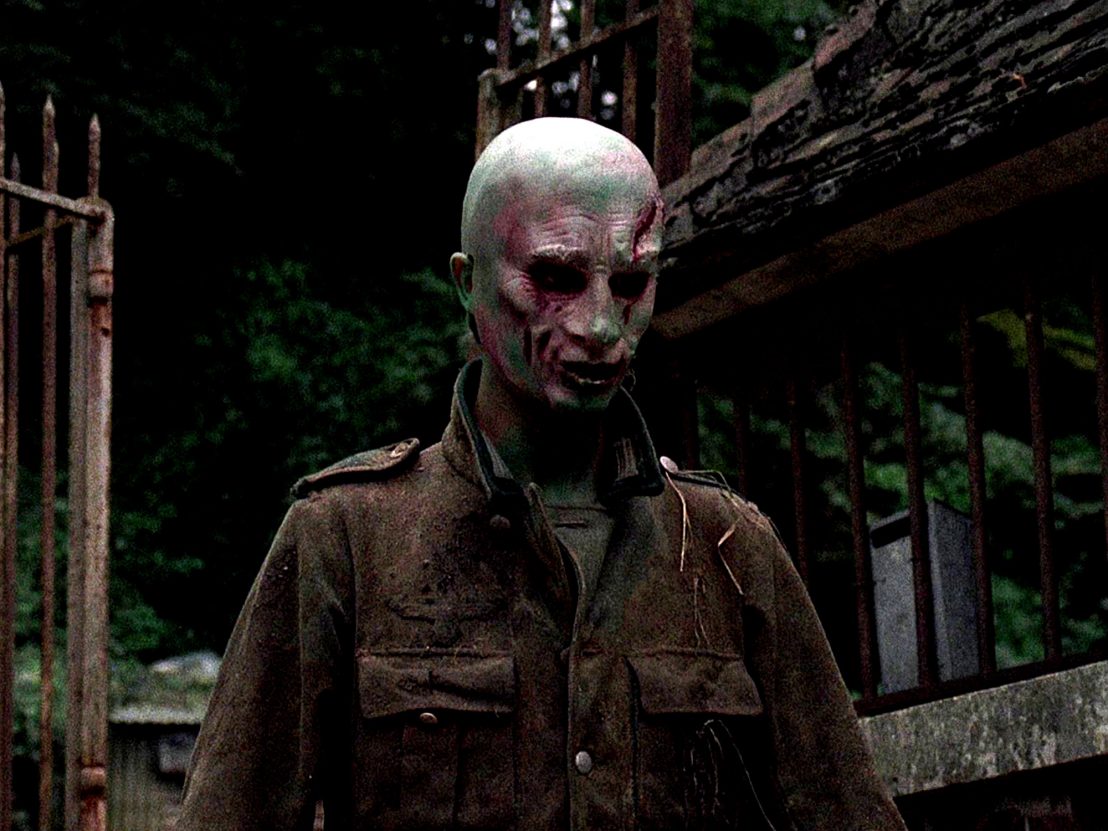 Zombie movies have proven so attractive over the decades that they have not only spawned a relentless, overwhelming, irresistible mass of films, but also mutated into endless subdivisions, changing with the times and evolving for audiences that will never have their hunger for the undead sated. Zombie Lake belongs to the Nazi zombie subgenre, first seen mid-war in 1943’s Revenge of the Zombies and subsequently revived in The Frozen Dead and Shock Waves.

Having already written and directed Oasis of the Zombies – which also features Nazi undead – prolific Euro schlockmeister Jésus Franco was all set to helm Lake of the Zombies. But an argument with distributor Eurociné led to his last-minute replacement with director Jean Rollin, assisted by Julian de Laserna (both were ultimately merged in the credits under the single directorial pseudonym ‘JA Lazer’).

Rollin also cameos as one of a pair of hapless police detectives. It is a peculiar film, its leaden pacing and zombie-like acting (even from those playing living characters) offset by occasional flashes of surreal poetry and haunted by the traumatic spectre of war. Meanwhile those titular ‘zombies’ are sometimes referred to as ‘ghosts’ in the script, and in their penchant for biting necks and sucking blood they behave more like vampires. Their victims do not in turn becomes zombies. For these Nazis are not out to expand their ranks, but to exact a collective revenge.

In the opening sequence, Rollin brings an ogling Lucio Fulci-eye view to proceedings, as a lake floor-dwelling zombie is drawn leeringly to the flesh of a naked female swimmer above in a reprise of the famous shark versus zombie scene in Fulci’s Zombie Flesh Eaters – or indeed of the opening of Jaws.

Later we get an enhanced recap of this sequence, as an entire touring women’s basketball team that has made the mistake of skinny dipping in this rural lake is preyed upon by the squadron of Nazi zombies. Indeed, there are few occasions when female victims are not naked, or, once killed, have their legs and knickers exposed to the viewer’s gaze. When the corpse of the first local victim – those others were outsiders – is brought into the town centre for the Mayor (Leslie Vernon) to see, her skirt is carefully repositioned by a villager to restore a semblance of dignity to her. 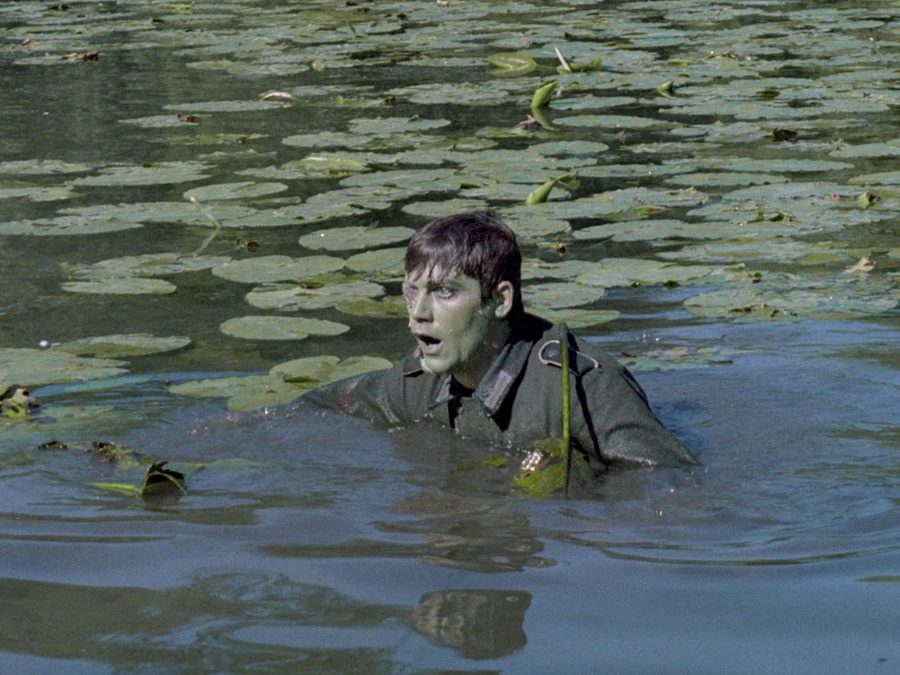 All this female nudity is of course typical Euro-sleaze, but it is not entirely gratuitous. For in sexualising the Nazi zombies’ victims, Rollin disinters one of the key anxieties of France under wartime Occupation: sleeping with the enemy, whether through rape or by consent. A series of flashbacks, as the Mayor reveals the secret history of the lake to visiting journalist Katia Moore (Marcia Sharif), unfolds a tale not just of War, Occupation and Resistance, but also of forbidden love.

In these sequences, a German soldier (Pierre-Marie Escourrou) risks his own life to save a local woman (Nadine Pascal) during a bombardment, and is rewarded with a roll in the hay at the nearby mill. The woman subsequently gives birth to a young girl, and herself dies on the same day that the soldier and six of his comrades-in-arms are ambushed by the local Resistance and killed, their bodies unceremoniously dumped in the nearby cursed Lake. Ten years later, the Nazis have risen again to take revenge on the town – but the soldier’s young daughter Helena (Anouchka), both a product and symbol of amicable fraternisation, will play a pivotal part in resolving this hostile vendetta from beyond the grave.

“I fear there’s a lot more to this than meets the eye,” declares the Mayor near the beginning of Zombie Lake. He’s not wrong. For buried beneath the surface of all the cheap thrills and schlocky production there lies a discourse on France’s attempts to confront and come to terms with her resurgent wartime sins. War, after all, is never over, as is perhaps hinted by the town’s use, in the climactic scenes, of napalm – first employed by the French, five years after World War Two ended, in the Indochina War. There will always be new enemies, new open wounds in need of healing, new returns of the repressed.

There will also always be new Nazi zombies, giving their monstrous expression to the very real fear of fascism’s brainless tenacity. Indeed, in the new millennium, where the Third Reich has become a distant, disturbing memory, the goose-stepping undead have reemerged with a vengeance in films like Blood Creek, War of the Dead and Outpost, as well as the more comic Dead Snow, Iron Sky and Frankenstein’s Army. If the tyrannical ideologies of the SS never truly die, but keep coming back in new, or alt-right forms, then the Nazi is – truly – undead.