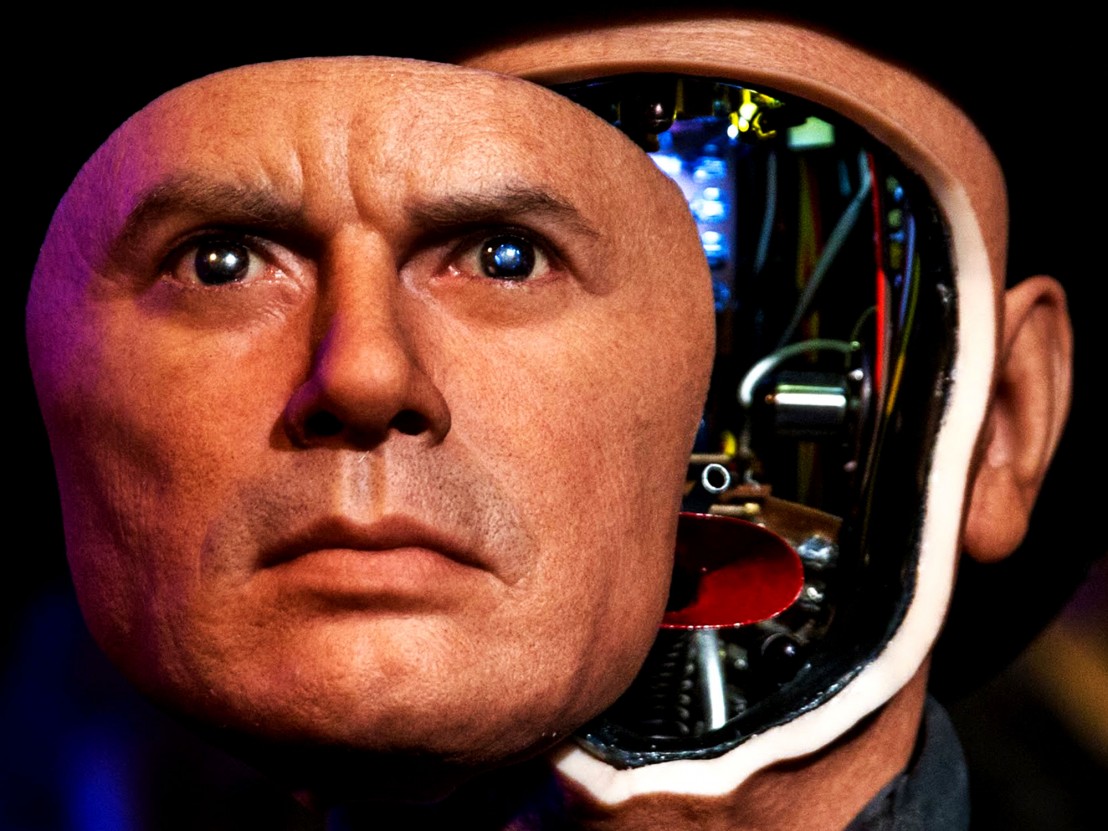 Two men dressed in cowboy hats, pashminas and gunslinger belts stroll through the sliding doors of a saloon and order some whiskeys at the bar. Upon being insulted by a similarly dressed man sat near them, one quietly retorts, “You talk too much.” “You say something, boy?” comes the curt reply. “I said, you talk too much.” “Why don’t you make me shut up?” The other customers sat at the bar spring up and flee in panic and the jaunty music emanating from a rickety upright piano abruptly stops, as the two men square up. The latter takes up the invitation to shut the other up by drawing quicker and shooting him dead.

It’s a sequence that even someone with the slightest familiarity with westerns will recognise, and one that has been repeated time and time again throughout the history of cinema’s most enduring genre. But in this case, all is not quite as it seems – because this is a scene taken from 1973’s Westworld, a film set not during the frontier years of the 19th century, but rather in a futuristic world where the Old West has been re-created as an artificial theme park where visitors can come and play out their favourite tropes from the genre on a rich cast of robotic character props.

Westworld is currently attracting lots of attention thanks to the new HBO adaptation that debuted this week, which looks set to take on similar themes of the moral unease of people using humanoid machines for their own pleasure, and the threat of a robot rebellion. Such themes continue to resonate, especially as machines gradually become a bigger part of our everyday lives. 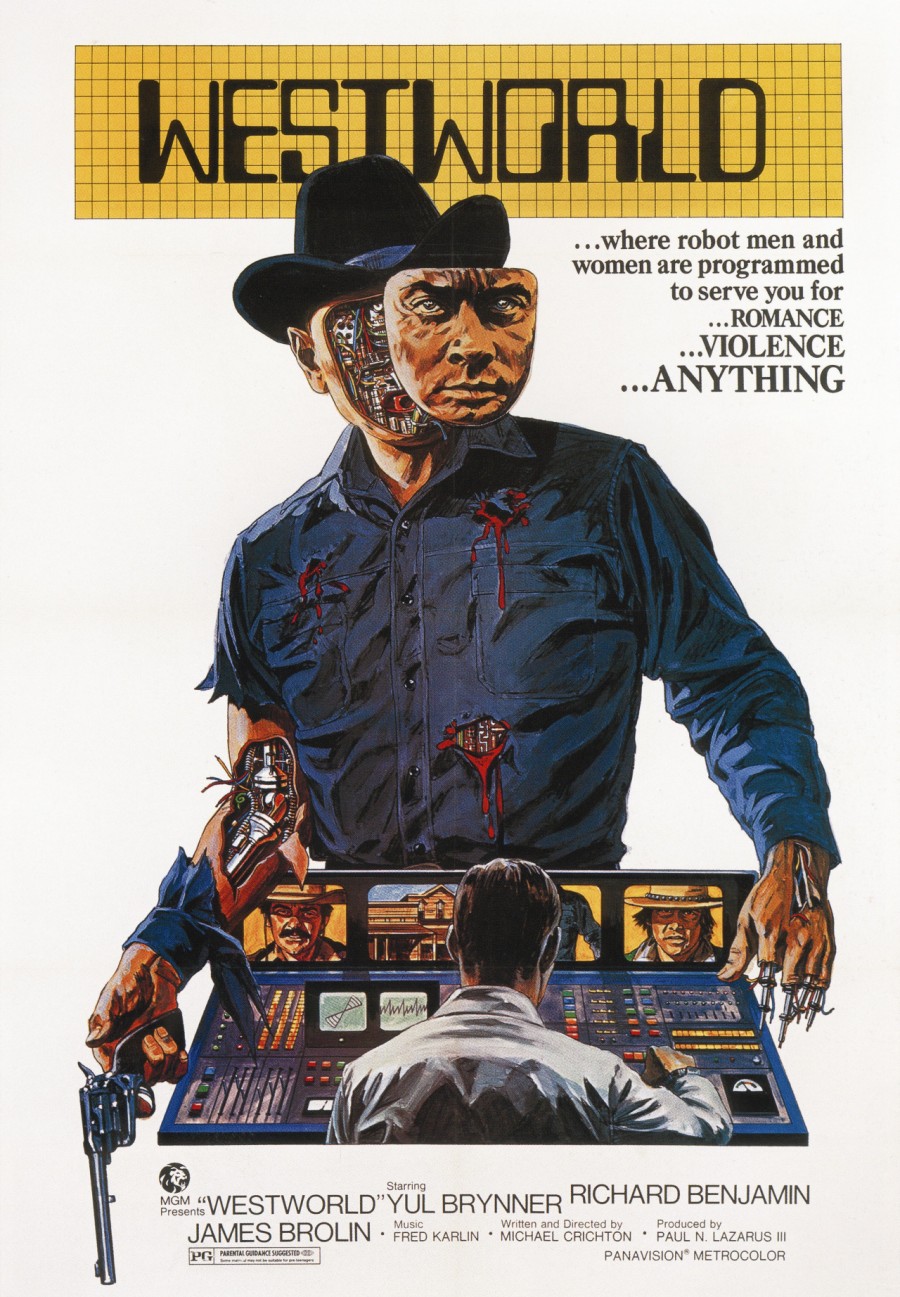 But one thing this new series may not be able to recapture is the original’s relation to the western genre. These days true westerns are few and far between, with the few that are made usually labelled neo-westerns – prestige pictures rather than major studio hits. Whereas in early ’7os audiences still had fresh memories of films like How the West Was Won, The Good, The Bad and The Ugly and Butch Cassidy and the Sundance Kid reigning supreme at the box office. And where today superheroes provide the wish-fulfilment fantasies of many cinemagoers, back then every young man’s macho ideal was to walk and talk like a cowboy.

Young men like the film’s chief protagonists, Peter and John, who walk into the saloon in that scene from Westworld. The difference with them is that they know they are in a western (albeit one simulated by the theme park operators), which adds an amusing meta level to the whole film. When Peter (played by Richard Benjamin) responds to his android aggravator by scowling “You talk too much,” he’s taking his cues from the genre, and is self-consciously adopting the role of hard-man cowboy.

Although nervous at first (especially compared to his companion John, played by James Brolin, who immediately adopts the whiskey-downing, cigar-chewing, curt-talking swagger of the archetypal Clint Eastwood antihero), he gradually feels his way into the role, and throws himself into later situations such as being proposed to in the town’s brothel, escaping jail, and getting involved in a mass brawl in the local saloon. Each scene is wryly self-aware, and it is great fun to watch as the tropes are ticked off.

Given that the film is directed by Michael Crichton, the man who wrote ‘Jurassic Park’, it should come as no surprise that the robots malfunction and start attacking the guests. At this point the gun-fighting action that had erstwhile been harmless fun suddenly becomes dangerous, as Peter and the gunslinger who insulted him at the bar (who, in another meta touch, is played by The Magnificent Seven star Yul Brynner) play out a climactic shoot out, only this time for real.

It turns out to be a very uneven match, and the single-minded relentlessness of Brynner’s steely-eyed gunslinger is the most memorable part of the film. He pursues Peter out of the theme park and into the neighbouring resorts of ‘Medieval’ and ‘Roman’ World, and looks about as incongruous as when the cast of Blazing Saddles break down the set walls of their artificial Old West. Peter may just about manage to survive his ordeal, but he realises along the way that playing the bad-ass cowboy hero in real life is a lot tougher than it looks on screen.