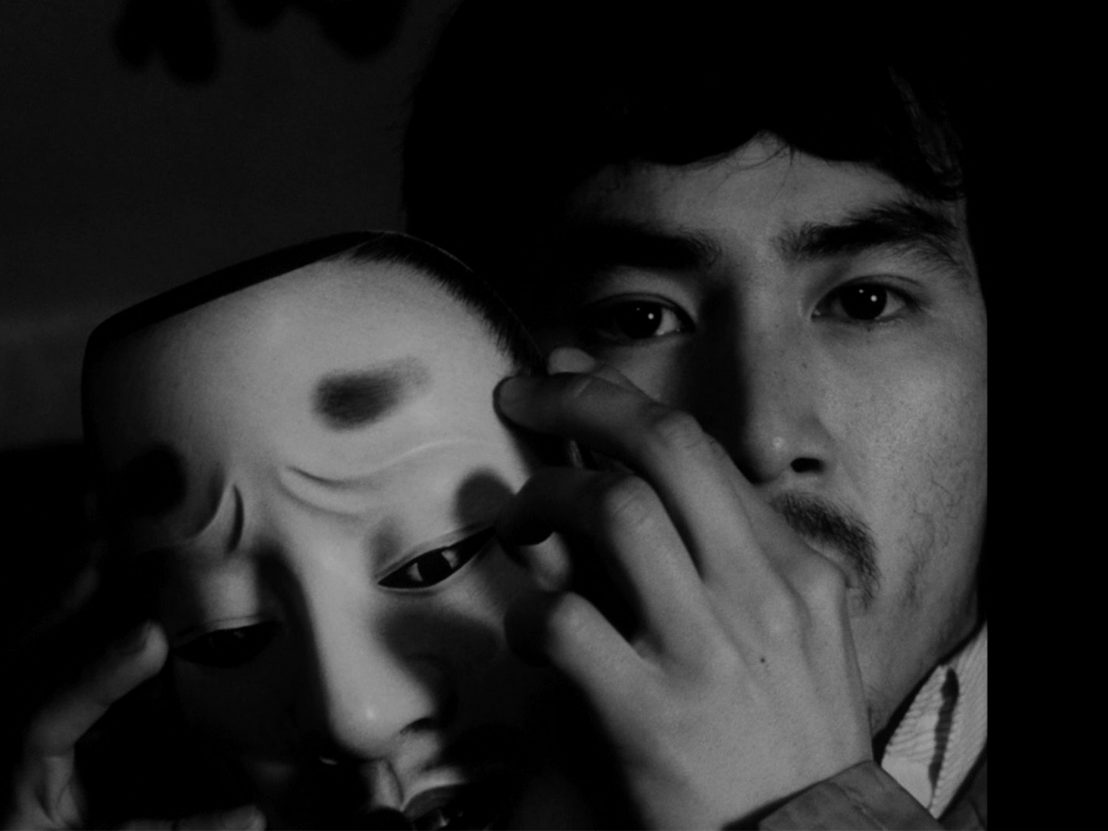 “Did you see Masao?” 21-year-old Yuri asks the house boy Iwashita near the beginning of Akio Jissôji’s This Transient Life. “He’s in a rush these days,” Iwashita replies. “Today too.” It is clear that Yuri’s brother Masao – always on the move, hard to pin down – is going to embody the fugitive nature of time to which the film’s title alludes, as he eludes the more traditional, conservative lifestyle that his businessman father tries to lay down for him under the loud-ticking grandfather clock in their Kansai home.

The first on-screen appearance of Masao in the film sees him climbing over a wall, with a ‘no trespassing’ sign clearly visible in the foreground. It is not Masao’s last act of transgression, as not only does he defy his father’s wishes for him to join the family business or even to study in university, but he soon engages in an incestuous affair with Yuri, who is herself resisting her parents’ attempts to marry her off. And after he eventually takes an apprenticeship with master sculptor Yasutaka Mori in Kyoto, he engages first in an affair with Mori’s wife, Reiko, and then in a menage à trois with them both.

An earnest, angry young man with an epicurean streak, Masao believes, as he tells Master Mori’s son, Takahiro, “People should do whatever pleases them; it’s because people suppress their desires that the world has become so complicated.” Masao also has his own contradictory attitude towards religion – he does not believe in the Buddhist concepts of heaven or hell, but nonetheless devotes himself to carving and sculpting images of Buddha, leading his neighbour Ogino (who is a monk) to point out the irony that Masao seems more interested than Ogino himself in Buddhism.

This Transient Life was Jissôji’s directorial feature debut, although he had previously helmed episodes of the sci-fi/horror TV series Ultraman and Operation:Mystery!, and the 1969 short film Yoiyami Semaraba, written by Japanese New Wave colossus Nagisa Oshima. This latter connection marked the beginning of Jissôji’s association with the New Wave production company Art Theatre Guild, for which he went on to direct a loose triptych of films (This Transient Life, Mandara and Poem) that became known as ‘the Buddhist trilogy’. These were all written by Oshima’s regular writer Toshirô Ishidô, who worked on Operation; Mystery!, and also penned Oshima’s The Sun’s Burial, Night and Fog in Japan and The Catch.

All three films in the trilogy are linked thematically by a concern with mask-wearing, sexual transgression and the place of religious and/or familial devotion in a changing Japan. They also practically define messy cinema: indefinable, at times impenetrable films that aestheticise the indecent, juxtapose the irreconcilable and stylise the irrational.

Boasting three cinematographers (Yuzo Inagaki, Masao Nakabori, Kazumi Oneda), This Transient Life offers a mosaic of fluid tracking shots, close-ups, canted angles and uneasy profiles, all filmed in crisp monochrome and cut up by editor Yoshihiro Yanagawa in a jumpy fashion to suggest imagery as destabilised and fleeting as the film’s model of the world.

Two lengthy conversations at a monastery between Masao and Ogino, pivotal to the film’s dialectic on theology and morality, are chopped up in such a way that they become jarringly dislocated, undermining the pious sureties of Ogino’s worldview – even as, in the overture of their first sexual encounter, Masao and Yuri run through their large family home wearing ancestral Noh masks that obliterate their individual identities while also fixing them in both a domestic and artistic tradition.

There is no question that Masao’s two affairs represent a shocking assault on contemporary Japanese values, but his critics are exposed as hypocrites. The ethical outrage that Ogino expresses at Masao’s incestuous relationship with Yuri is tempered by the monk’s own lust for Yuri, and by the pleasure that he appears to derive from spying on the siblings’ sex. Meanwhile, Takahiro’s violent objection to Masao’s threesomes with Master Mori and Reiko is undermined by the revelation that Takahiro has been and still is himself sexually involved with Reiko, his own mother.

The film explores the moral question surrounding Masao’s actions and attitude, and certainly does not shy from showing their consequences. But Masao’s own personal rejection of good and evil lends him precisely the sort of sublime indifference that is normally associated with, ironically enough, the Buddha whose image Masao obsessively carves, and whose tenets he has long since disavowed. These contradictions are all symptoms of an imperfect world in a constant state of transition.

Like Federico Fellini’s La Dolce Vita, This Transient Life ends with its anti-hero on a beach, confronted with an outsized fish. In this case, Masao is with his (late) grandmother, and in the belly of the gigantic carp that he helps her dig up from the sand there are stones painted with the names of people from Masao’s history. It’s a strange sequence, a dream encroaching without warning upon the film’s reality, and perfectly capturing Masao in a state of intermediacy, between land and sea, past and future. There he is, in a rush, on the move, evading even interpretation itself.

This Transient Life won the Grand Prix at Locarno, becoming the crown and glory of the Art Theatre Guild, yet it has subsequently vanished from view, lost amidst the countless other waves washing against Japan’s shores. So its rediscovery and rerelease are very welcome.

This Transient Life is released, along with Mandara and Poem, as part of the three-disc Blu-ray set Akio Jissôji: The Buddhist Trilogy, by Arrow Films on 27 August. 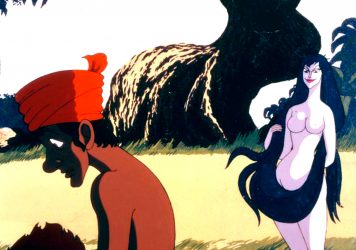