Deck the halls with the worst Christmas movies of all time

You may want to sharpen up that eggnog, it’s going to be a bumpy sleigh ride... 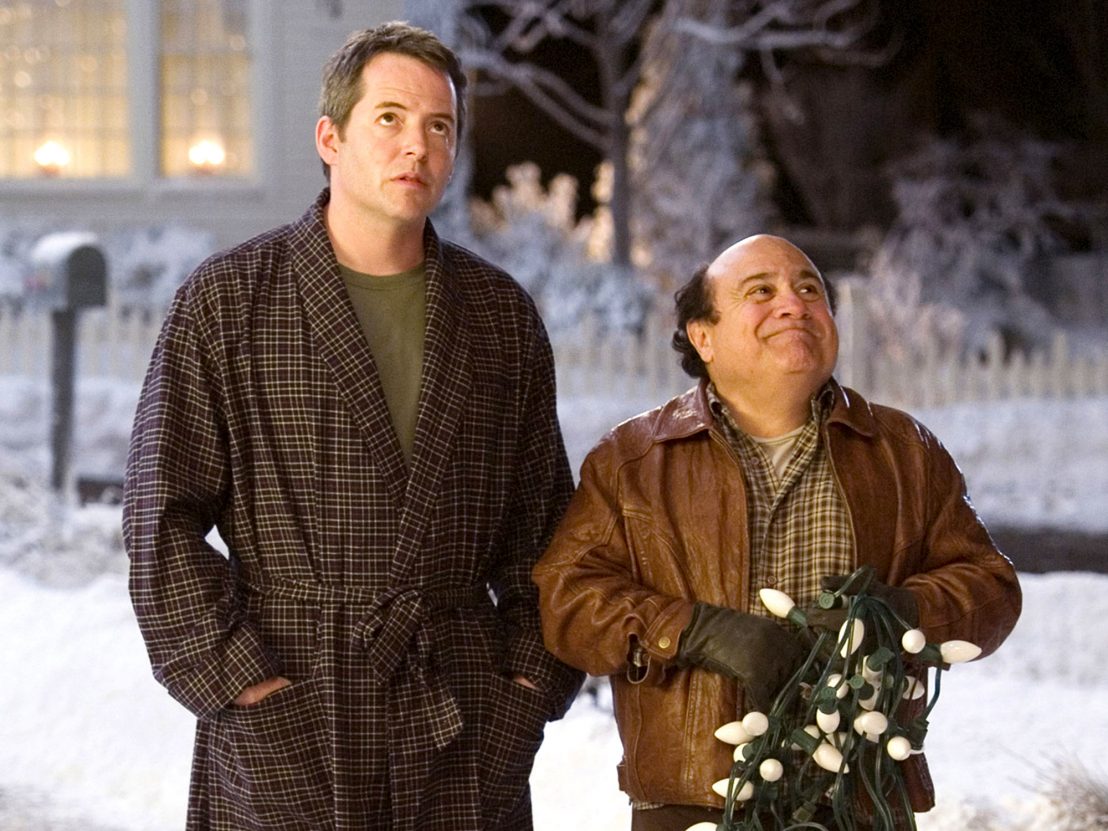 Even in these times of great upheaval, when the holiday season has been knocked for a loop if not canceled entirely, one Christmas tradition will remain unchanged. As everyone hunkers down around the television, the annual argument over what to watch will inevitably break out among families numbering greater than two. You’ve all seen It’s a Wonderful Life a thousand times, you can do Home Alone by heart, and you’ve just about had it with National Lampoon’s Christmas Vacation. You need something fresh.

In that spirit, why not consider something terrible? Instead of putting pressure on ourselves to select the perfect Christmas viewing, just as we run ourselves ragged in our attempts to create the perfect Christmas, it’s worth a shot to cut loose and embrace the mess. This time of the year is chaos – there’s relaxation and liberation to be taken in allowing yourself an ironic distance from which you can safely chuckle at it, and nothing plays into that like the most splendidly awful movie you can find. Read on for a sampling of the best of the worst: 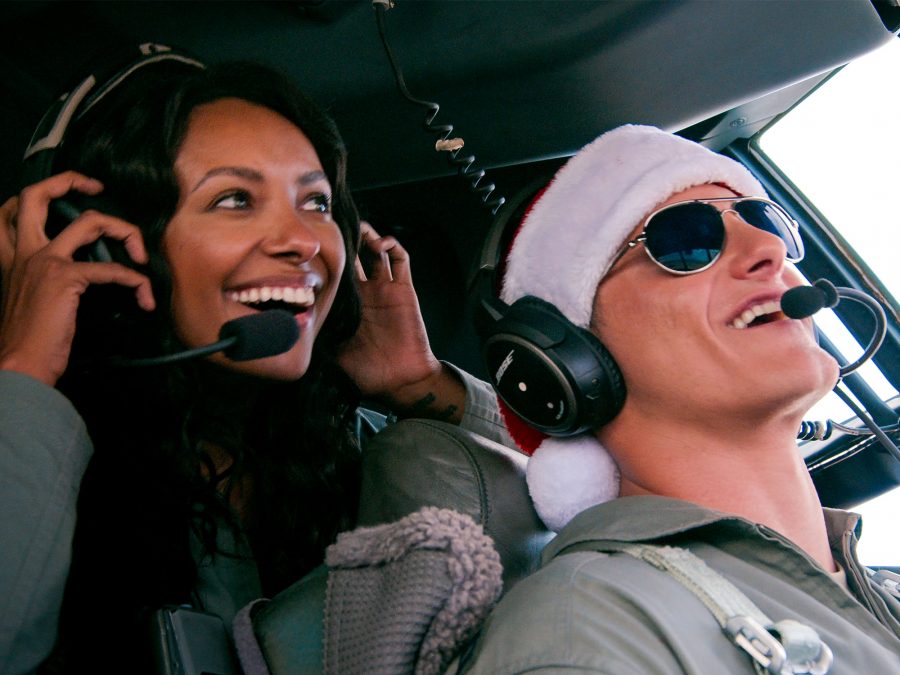 Netflix joined forces with the United States military for this sunny work of state propaganda sporting the rictus grin of a romcom. Strong-willed but nonthreatening congressional aide Erica (Kat Graham) has been tasked with finding some fat to trim from the Air Force budget, so she travels to an operational base in Guam with plans to assess the usefulness of a program that sees trainee pilots airdropping crates full of Christmas toys and decorations to the locals every 24th of December.

Her courtship with the cocky captain on the island (Alexander Ludwig, doing a truly reprehensible rendition of Tom Cruise in Top Gun) isn’t quite enough to distract a critical-minded audience from the grotesque jingoism festering in the absent space where this film’s heart should be. Its parting message would seem to pertain to the magic of Christmas or some other reason for the season, but a closer look reveals the ulterior motive of flattering PR for the American imperial project. The islanders actually love having a gigantic military base taking up space in their rightful home, we’re shown. The last thing we should be doing is defunding the Air Force, purveyors of holiday cheer that they are! 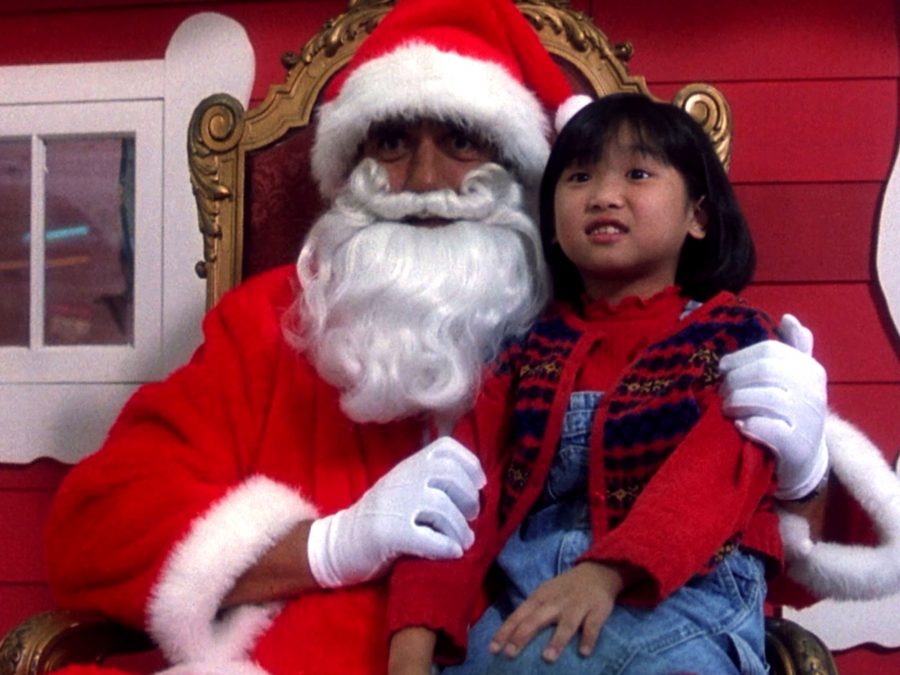 There was once a time, believe it or not, when the celebrity profile of mustachioed wrestler Hulk Hogan was so great that the viewing public was presumed to be willing to watch him do anything. John Murlowski put that to the test with his Christmastime vehicle for the Hulkster, in which Hogan plays a self-made fitness guru billionaire who conks his head while wearing a Santa suit (he was evading cops chasing him for reckless paintball-playing, an early sign of this film’s tenuous relationship to plausibility) and wakes up to believe he’s really Kris Kringle. 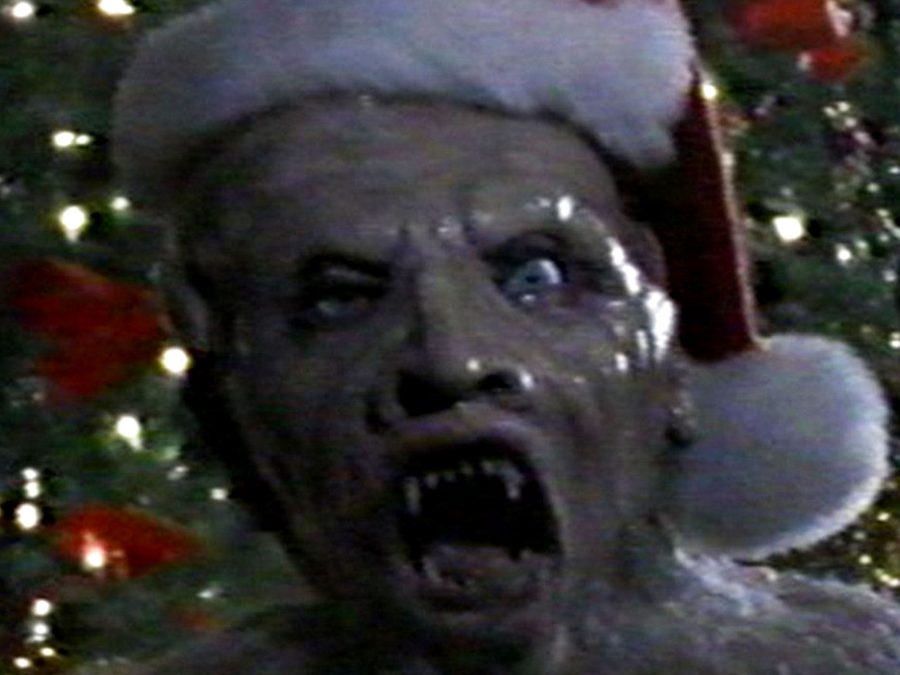 What says ‘Christmas’ quite like Pagan blood rituals, neo-Nazi conspiracies, and carnivorous imps? Writer/director Jeffrey Mandel wanted to mix some scares into the peace on Earth and goodwill toward men, but his attempt at decking the horror genre’s halls veered into unintentional comedy. A plain-spoken synopsis sounds like a joke: a teenaged distaff Scrooge (Julie Austin) has no idea that she’s the Aryan Nation’s chosen one, her pure DNA destined to bring about a master race of half-human-half-elf abominations. A down-on-his-luck cop (Dan Haggerty) helps her out, though they’re both getting a hand from about a half-dozen deus ex machinas laying plywood over the script’s many plot holes.

Perhaps Mandel was banking on the public confusing his film for the superficially similar and far more popular Gremlins. Perhaps his eggnog had gone sour. Whatever his reasons, he gave the world the rare Yuletide entertainment that can make late December feel like Halloween. There’s no wrong time of year to drunkenly hoot and holler at the over-the-top artifice of a good Z-movie. 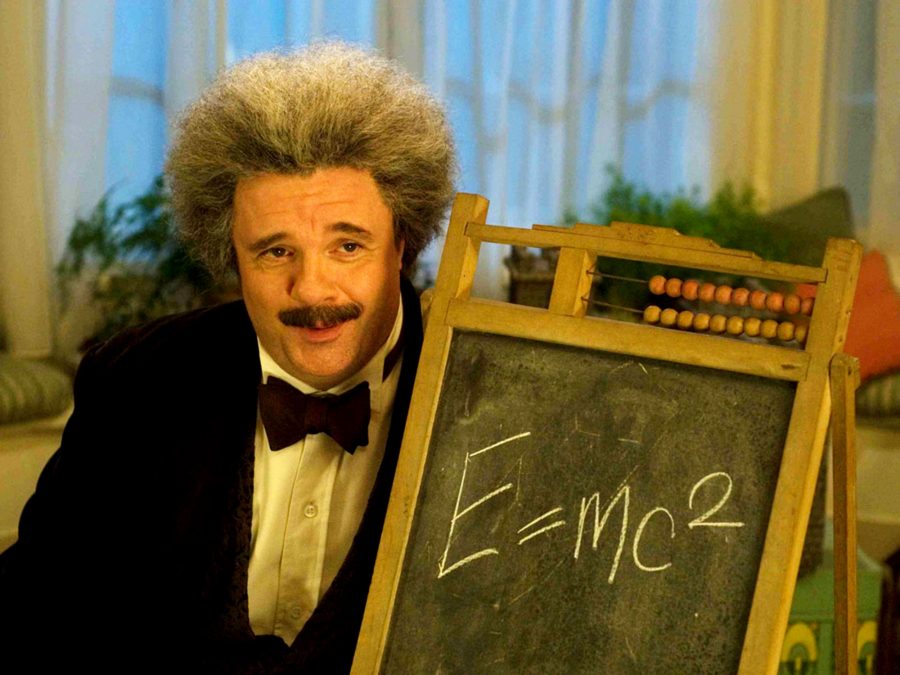 Of course it would be wrong to dose a child with high-potency psychedelics, but what is film for if not to express our forbidden urges within the socially sanctioned safe space of art? That’s the thought experiment articulated through the kiddie nightmares hiding within Andrei Konchalovsky’s animated take on the classic ballet by his Russian countryman Tchaikovsky.

Strokes of visceral body horror pervert the festive tale audiences know and love, as the nutcracker’s wooden flesh mutates into human skin with vivid gore verging on the Cronenbergian. The rat army’s aesthetics have been informed by Hitler’s Germany, rendering them as goose-stepping fascist vermin starved for the blood of children. Some of it is just plain strange, such as the musical number in which Nathan Lane appears as Albert ‘Uncle Al’ Einstein. A flagrant disregard for the original text fused with Konchalovsky’s evident belief that he was put on this Earth to traumatize his younger viewers, all amounting to a singularly ill-advised Christmas carol in hell. It’s a handy way to put some fear and respect in the more rambunctious tykes staying over during the holidays. 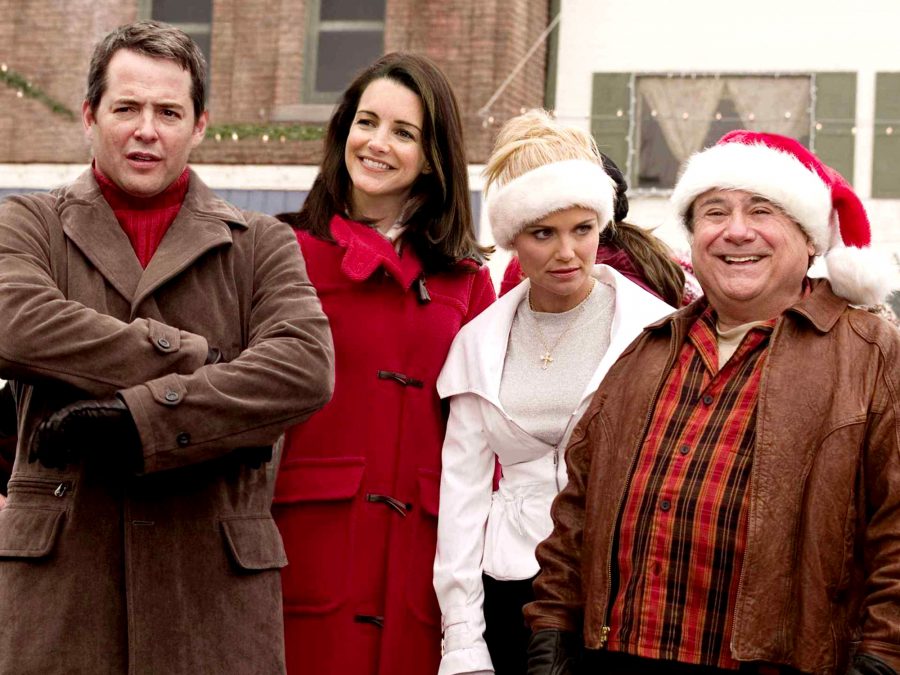 At last, a Christmas movie that salutes materialism, pettiness, and your a-hole neighbors. Matthew Broderick leads as milquetoast optometrist Steve, the “Christmas guy” in his cozy Massachusetts hamlet. That status gets threatened by the new guy next door, uncouth used car salesman Buddy (Danny DeVito, his Danny DeVito-ness undiminished by his regrettable dialogue), who initiates a pissing contest over which house will have the most garish and eye-searing lights display. It is his goal to have a house so bright that it can be seen from space; the film accepts this as a noble, worthy mission.

We’re supposed to be having fun with the rivalry that breaks out between the two man-children, but that’s difficult when they’re so individually irritating that we want them to both have bad lives. The final act makes a feint toward redemption, as they lay down arms and remember that Christmas is about togetherness, or whatever. Even then, all of the characters are still worth loathing, as they delight in filling in a climactic blackout with the lights of their cell phones. It’s too tacky to be a cherished memory, a tasteless person’s idea of heartwarming. 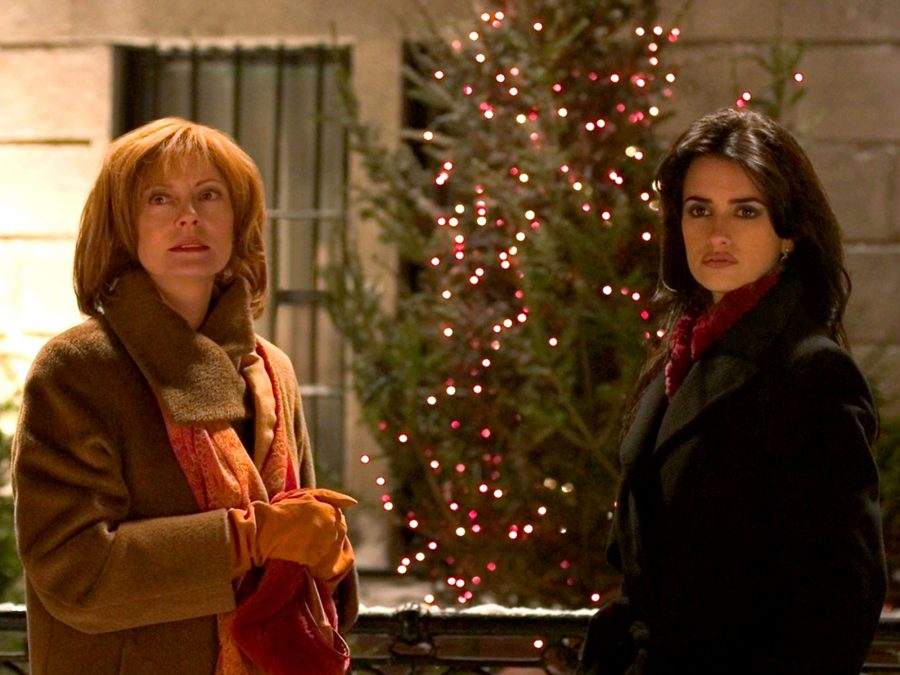 Years before Life Itself gave us an idiot savant’s take on the everything-is-connected movie, we got this mosaically structured melodrama tracing lines between five strangers through the respective magicks of Christmas and convenient coincidence. As director, Chazz Palminteri is responsible for this bizarrely miscalculated slice of fruitcake, in which the interlinked characters all seem to draw the wrong lesson from their experience. Susan Sarandon learns that it’s okay to give up on her Alzheimer’s-stricken mother, Penelope Cruz and hubby Paul Walker repair their strained marriage by doing nothing, and Alan Arkin thinks he’s found the spirit of his dead wife in Walker’s character.

Some miserable sap (Marcus Thomas) realizes that his only happy Christmas memory comes from the night he spent in the ER and crashed the hospital party, so he tries to get his hands broken for a repeat visit. (This brings about the immortal line of dialogue, spoken to a shady character: “Glenn said that you break hands.”) What we’re supposed to take away from all this, apart from it being horribly sad, is unclear. And without any real guiding idea or moral vantage point, it turns into a dish that’s all glaze and no ham. 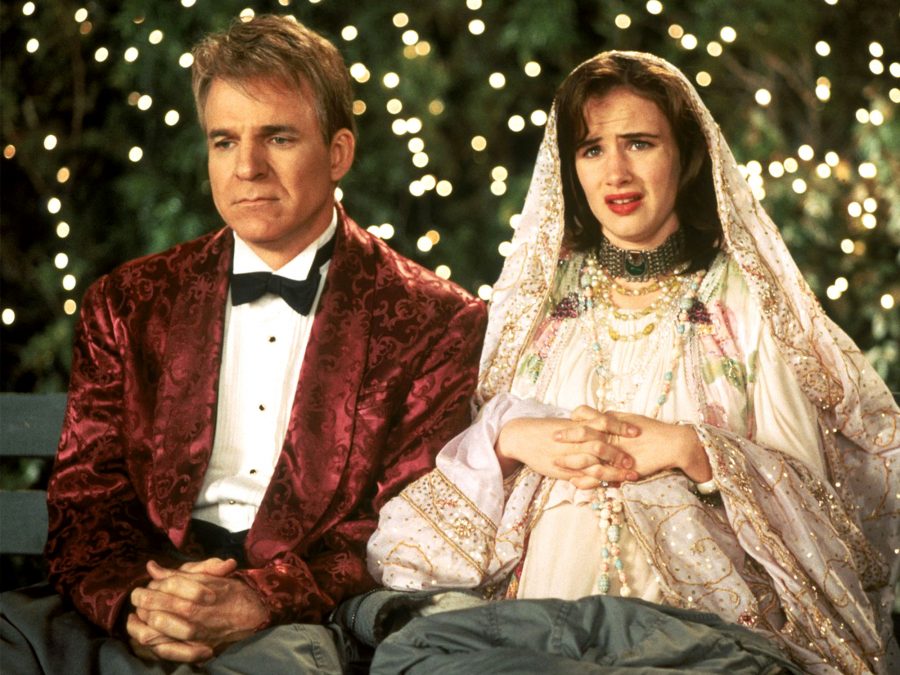 Nora Ephron, directing peak-of-his-powers Steve Martin, working from the premise of a well-feted French comedy, featuring an appearance from a young Adam Sandler on the verge of blowing up – how could it have all gone wrong? Blame it on the language barrier, making it difficult to translate the daffy energy of Le père Noël est une ordure with tipping over into shrill farcical excess. Everyone’s doing too much in this haywire mishmash of furtive liaisons, accidental murder, unfortunately regressive trans representation, and gallows humor pertaining to suicide.

Martin plays the phone operator on a prevention hotline, caught up in a convoluted plot that crosses his path with the landlord trying to evict the service (Garry Shandling), his madcap coworker (Madeline Kahn), an ex-con painter on the line (Anthony LaPaglia) and a handful of other all united by an unfunniness that blankets the film like a new-fallen snow. Characters run from one hysterically-pitched, laughless set piece to the next, creating little more than stress as they go. 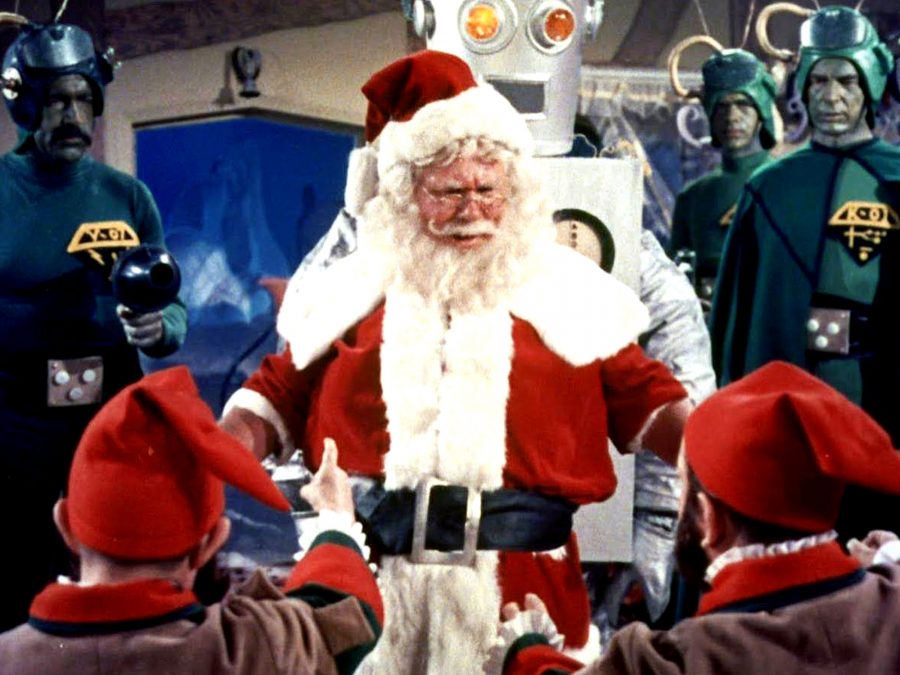 The seasonal sci-fi showdown that put Mystery Science Theater 3000 on the map has lost none of its bumbling charm over the years, its incompetence every bit as winning now as it was for the first midnight-movie crowds. A species of moronic little green men on Mars figure that the children of their culture need a little sparkle in their lives (the reasoning really is this vague, though it sounds better coming from a seer with an inexplicably Hebrew name) and go to the third rock from the sun to kidnap Santa himself. This proves easier said than done, in part because Earth is crawling with imitation Santas and in part because these aliens are so very dumb.

Evidently produced for a grand total of 18 dollars, enacted by an ensemble that could be most generously described as “fluent in the English language,” this three-alarm disaster is shot through with an earnestness that casts a lovable light on its technical and artistic failures. Director Nicholas Webster owes a debt of gratitude to Ed Wood, godfather of the so-bad-it’s-good curio: it’s better to go all in on a bad idea than to half-ass a passable one. 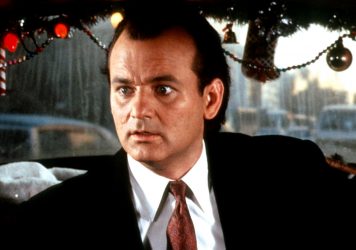 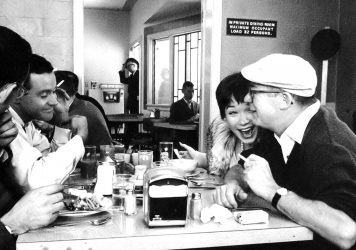