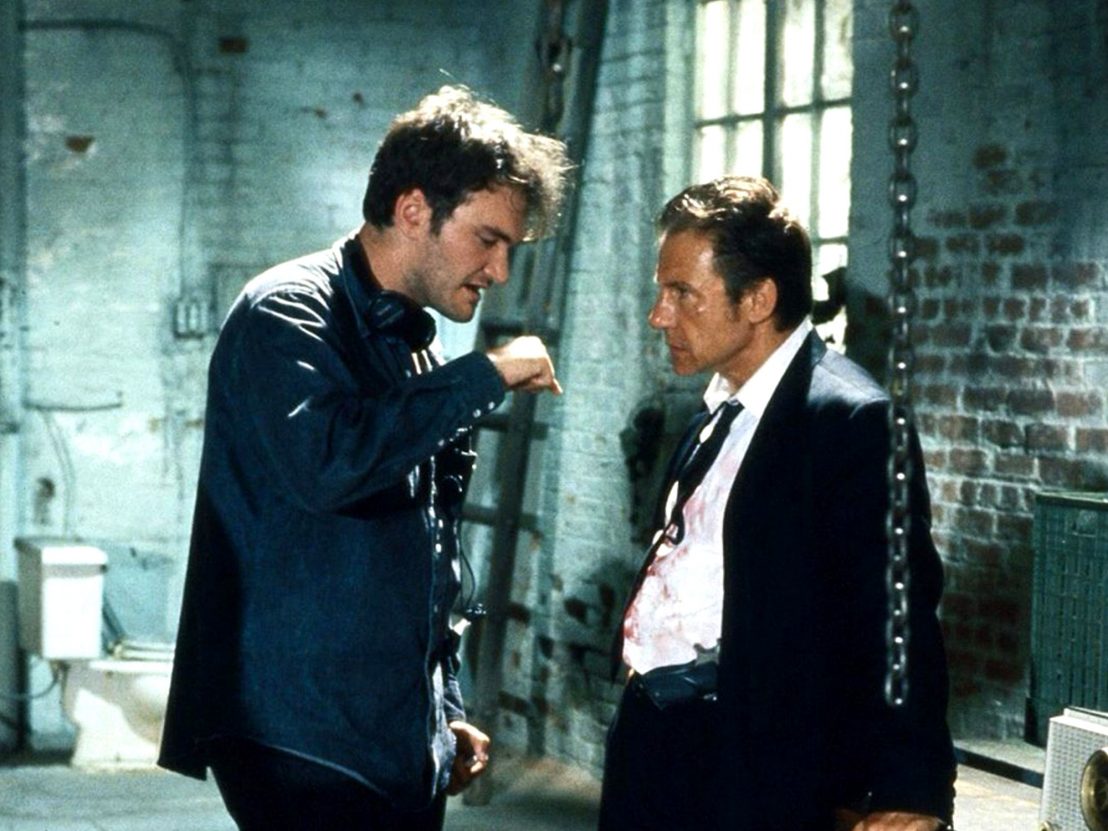 On 21 January, 1992, Reservoir Dogs premiered at the Sundance Film Festival, launching the career of its cocksure young director. Regardless of whether the reaction was one of love, hate, fascination or disgust, there was no avoiding the fact that a bold new cinematic voice had been found. A quarter of a century and eight (official) movies later, Quentin Tarantino remains a firm fixture in Hollywood’s constantly shifting landscape. So how have things changed in since his triumphant arrival on the scene, and what lies ahead for the famously outspoken American auteur?

But first, let’s head back to Sundance. Twenty-five years ago, the former video store clerk rocked up to Park City, Utah with a low-budget crime flick described in the official programme as “Jim Thompson meets Samuel Beckett – a fusion of pulp drama, black humour and the existentialist void by a talented young filmmaker.” At the premiere, the buzz was palpable. Festival director Geoff Gilmore was apprehensive about how the film’s gritty subject matter and stark genre tone would be received. But while some audiences members were visibly appalled by the brash, explicit nature of the film, Gilmore’s decision was ultimately vindicated by the critics – Variety’s Todd McCarthy called it “a show-off piece of filmmaking that will put debut writer-director Quentin Tarantino on the map.”

The violent, non-linear story of a jewel heist gone wrong changed the way independent films would be made from then on, but like a lot of landmark works, the public at large were slow to accept it. Reservoir Dogs opened on just 19 screens upon its initial domestic release, before eventually expanding to 61 (as a point of comparison, Under Siege, a big hit at the time, played in over 2,000 cinemas). The film’s modest release was coupled with the controversy that had followed it since Sundance, although the fact that several countries called for it to be banned only added to the aura around its then 28-year-old maker. 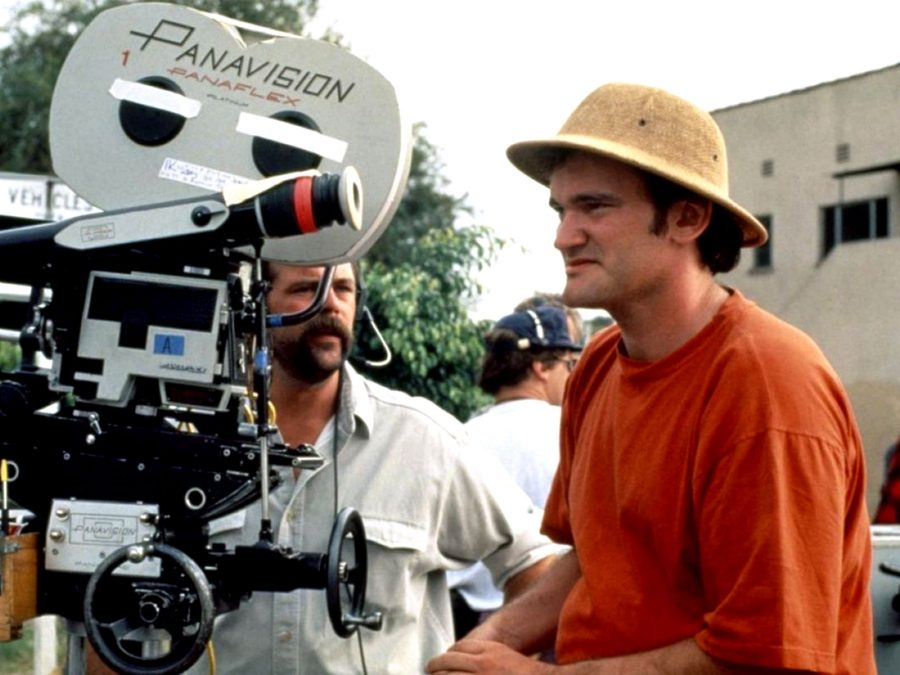 The films that made Tarantino’s name were exciting, intricate capers that didn’t sound or look like anything else that was being released at the time. Combining ’70s cool with ’90s self-awareness, Reservoir Dogs and Pulp Fiction pushed barriers in terms of what was permissible on film. We saw hit men engaging in small talk. We saw an almost romantic scene of drug abuse. We saw graphic break downs of Madonna songs. These films – more so than anything the director has made since – became instantly iconic, pop culture touchstones in the own right.

For all the plaudits Tarantino has received, however, the detractors have remained difficult to shake off. The Daily Mail have repeatedly called for his films to be boycotted, while as recently as 2015 he managed to upset the entire NYPD over comments he made at a rally protesting police brutality. Of course, Tarantino has always maintained something of an anti-establishment edge – the original theatrical trailer for Pulp Fiction opens by drawing attention to its 1994 Palme d’Or triumph, before blasting holes in the words ‘Cannes Film Festival’. “If people don’t like my movies, they don’t like my movies,” Tarantino once said in an interview with Brett Easton Ellis, “and if they don’t get it, it doesn’t matter.”

This mindset is why Tarantino is where he is today. A rebel outlier turned unrepentant goliath within the industry, his early work changed the face of independent cinema, far outstripping anything those early headline writers could have imagined. In his most recent work, he continues to tread his own path, telling the stories that interest him regardless of what’s en vogue at the time. He’s no longer dissecting Madonna lyrics or McDonald’s semantics – today his films come with overtures, roadshow releases, and Ennio Morricone scores. Whereas his dedications at the beginning of the script for Reservoir Dogs included then lesser-known cult stars such as John Woo, or revered mavericks such as Jean-Luc Godard, he now makes the type of films he grew up with. Over time, the enfant terrible who shook up the industry has become its most vocal traditionalist. 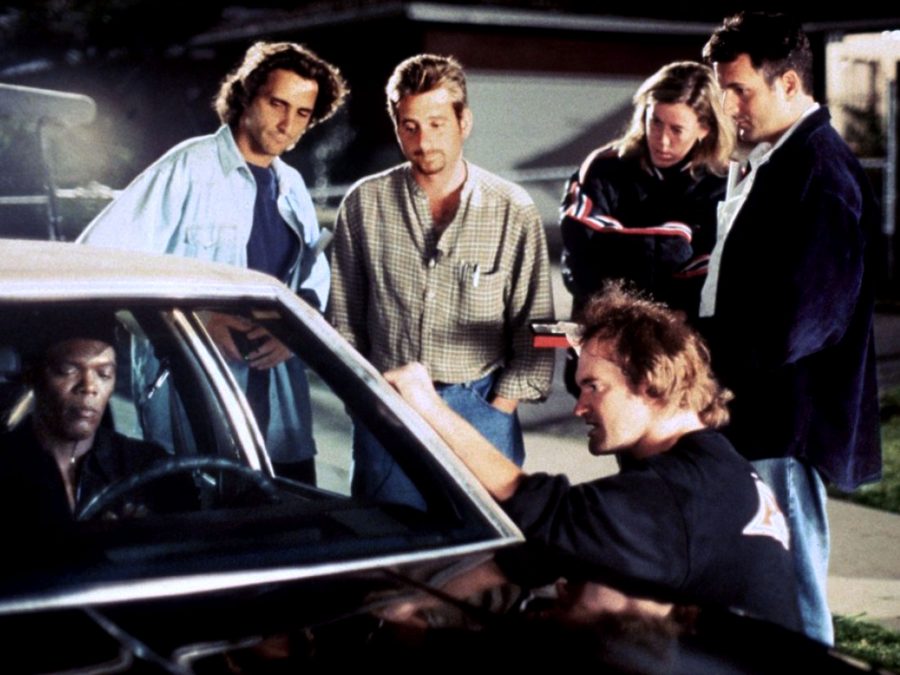 That sentimentality is not limited to his work. An ardent critic of the digital revolution, he has joined other famous names who fight for the preservation of shooting and projecting on film. “It does nothing for me,” he told David Frost, “I actually feel gypped when I go to a movie and I realise it’s either been shot on digital or projected in digital… to me the magic of movies is connected to 35mm.” Tarantino’s purchase of an old Los Angeles cinema, and the entire stock of the former video store where he worked, shows a man more in tune with cinema’s analogue past than its digital future.

Perhaps that traditionalism is symptomatic of his overall career plan, having stated on numerous occasions his plan to retire after 10 films (he’s currently at number eight). Despite only being 53, Tarantino has always been mindful of legacy and where he stands alongside the artists he most admires. While it’s up for debate whether or not he’ll be able to match that initial flush of success, his subsequent films have always seemed to delight their intended audiences – each new release a major cinematic event.

So what does the future hold? There have been suggestions from the man himself that he may go on to write novels, or maybe even a television series (although presumably he won’t be buying into the streaming boom anytime soon). “My scripts are too long anyway,” he said at a recent San Diego Comic Con. “I could just shoot everything I wanted to and it could just go on and on and on.” Anyone familiar with such Tarantino soundbites will know that he is prone to changing his mind, and he has admitted that if he didn’t feel ready to retire at 10 films, he may go on. Perhaps it’s fitting that a man who has made a career of viewing things in a slightly different light should keep us guessing for his final reel.