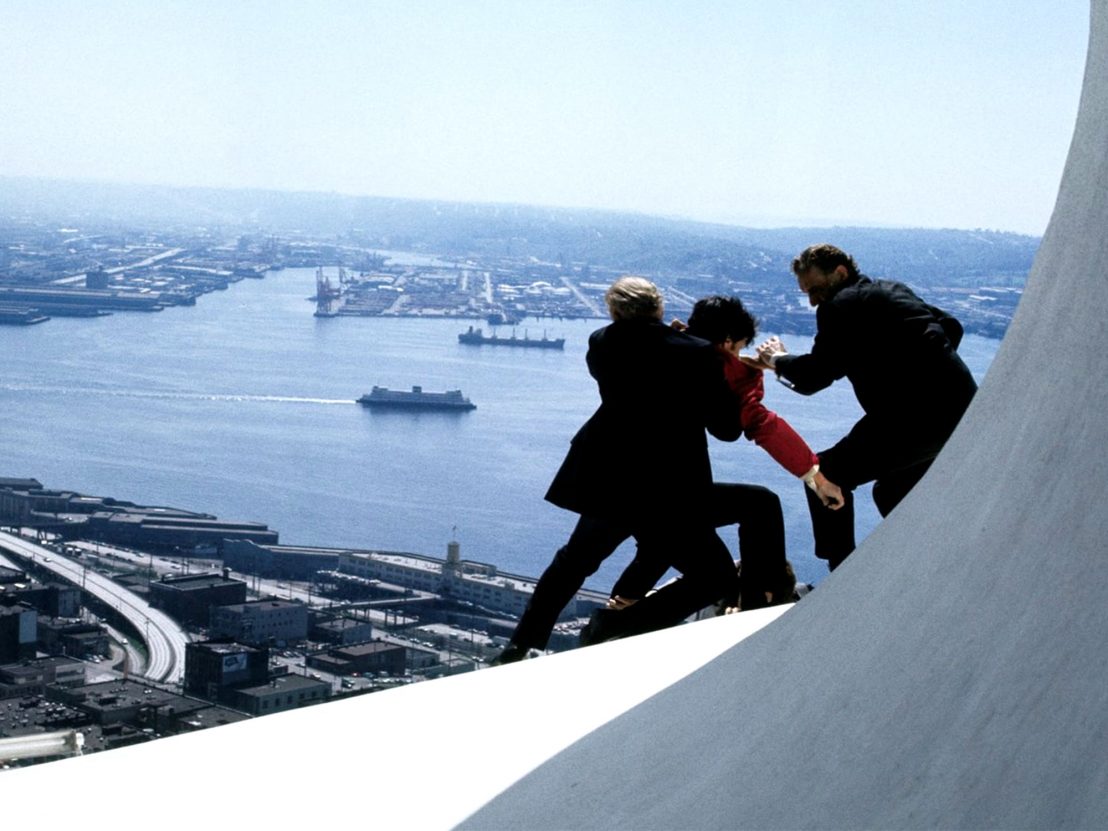 About an hour into The Parallax View, Joe Frady (Warren Beatty) sits in a large armchair. His body is cast in shadow, then briefly lit a stark white before slipping back into darkness. An overhead voice instructs him to place his fingers along the sensors on either side of him. “We hope you find the test a pleasant experience,” the speaker coos. That voice and the people it represents are trying to brainwash him, and Frady knows it.

Pictures and title cards flash up on the screen in front of him and subsequently, us: HOME, COUNTRY, MOTHER, FATHER, ME, LOVE, ENEMY, GOD, HAPPINESS. Photos of cheerleaders turn into Uncle Sam, then into the White House, Nazi Germany, a mother and her son, pornography. A hammer-wielding Thor becomes a graveyard. As the words and images are sped up, they collapse into each other, giving the audience the impression that they’re all the same, or at the very least, connected.

With the tagline ‘As American as apple pie’, The Parallax View makes a promise to the viewer right off the bat: the movie we’re about to see is not just American, but an encapsulation of what it means to be American. It’s difficult to look back upon films from the 1970s without imbuing them with the country’s political climate – the aftershocks of JFK and MLK’s assassinations, the Vietnam War, Watergate – but few of them actively reinforce their ties to reality. It’s essential that this one does.

The Parallax View, the oft-overlooked middle child of Alan J Pakula’s ‘paranoia trilogy’ (with Klute and All the President’s Men), presents us with not so much a plot as a problem. What do you do when the institutions that govern you are shaped by a shadowy organisation of political assassins? Mind you, you’re a lowly reporter with a drinking problem, and your credibility is nil. How do you shake something a thousand times your weight?

This is Frady’s dilemma. Three years after a Bobby Kennedy-esque assassination – which was wrongfully declared a one-man job – Frady’s ex-girlfriend comes to him in a panic. She was one of 12 photographed witnesses to the shooting, and six others have since mysteriously died; she’s certain she’s next. Frady shrugs her off as an alarmist, sneers, and lets her leave. Three days later, he’s leaning over her body in a morgue, presumably wishing he hadn’t.

From here on, Beatty’s usual machismo is peeled back to reveal a number of sobering and distinctly American truths about politics, manipulation and power. Frady takes to unspooling the murders himself, which involves trekking through a small and eerie fishing town, faking his death, infiltrating the Parallax Corporation under an alias, and, inevitably, being framed for a senator’s murder. 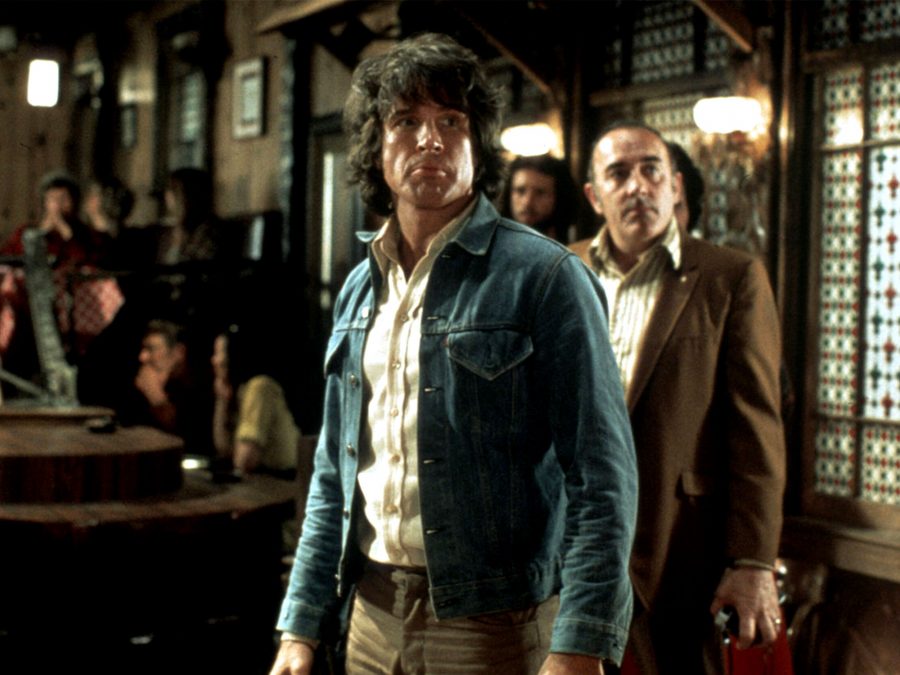 The Parallax Corporation, which recruits men with antisocial tendencies to carry out political assassinations, hides in plain sight. It has definitive ties to police and its ‘Division of Human Engineering’ HQ (a bit on the nose) is packed into a Brutalist office building, between a gas and oil company and a transport service. The corporation operates with an unsettling coolness. Better yet, an unsettling sense of security.

It seems fitting that The Parallax View should now be added to the Criterion Collection. In 1974, the film was a deftly-packaged gift to the paranoid, disillusioned public; today it caters to a similarly anxious audience, one caught in the crosshairs of insurrection, global malady and rampant racial inequity.

Floating through the ‘fake news’ era of American politics is a familiar cry for an impenetrable, holistic truth. It’s no accident that Frady is a reporter, not to mention one whose journalistic integrity is constantly scrutinised by those around him. His identity as a journalist both threatens those systems working against him and allows him to be manipulated by them.

It’s also worth noting that the politicians in The Parallax View are conspicuously nonpartisan. Senator Carroll, the first to be assassinated, is described as “almost too independent for his own good,” while Senator Gillingham, the intended target of a plane bombing, is told by a friend: “You’re too strong on one side, [your opponent’s] too strong on the other.”

For a political thriller, The Parallax View is largely unconcerned with ideology. Rather than flogging the perennial dead horse of two-party politics with a limp whip, Pakula tosses it altogether. One can, of course, point to Nixon’s America as a catalyst for the film’s paranoia, but its central thesis seems fit to endure any presidency: trust nobody, trust the government even less.

It’s that titular word, ‘parallax’, which haunts the film, suggesting that we can never fully understand the systems that affect us, only fragments available from our vantage point. We don’t know at the end if the government is complicit in the assassinations or just woefully obtuse, but what’s worse is that it doesn’t matter: they present the same outcome.

The film ends as it opens: a congressional committee – uncannily similar to the Warren Commission – slowly shrinks into the screen, doling out false statements about a lone conspirator, urging the public to dismiss any theory that suggests otherwise. Their faces are faraway and unrecognisable. We watch them hide. What could be more unnerving? What could be more American? 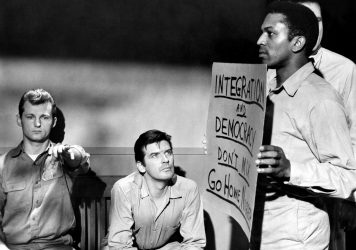