Discover the film that helped kickstart the found footage phenomenon 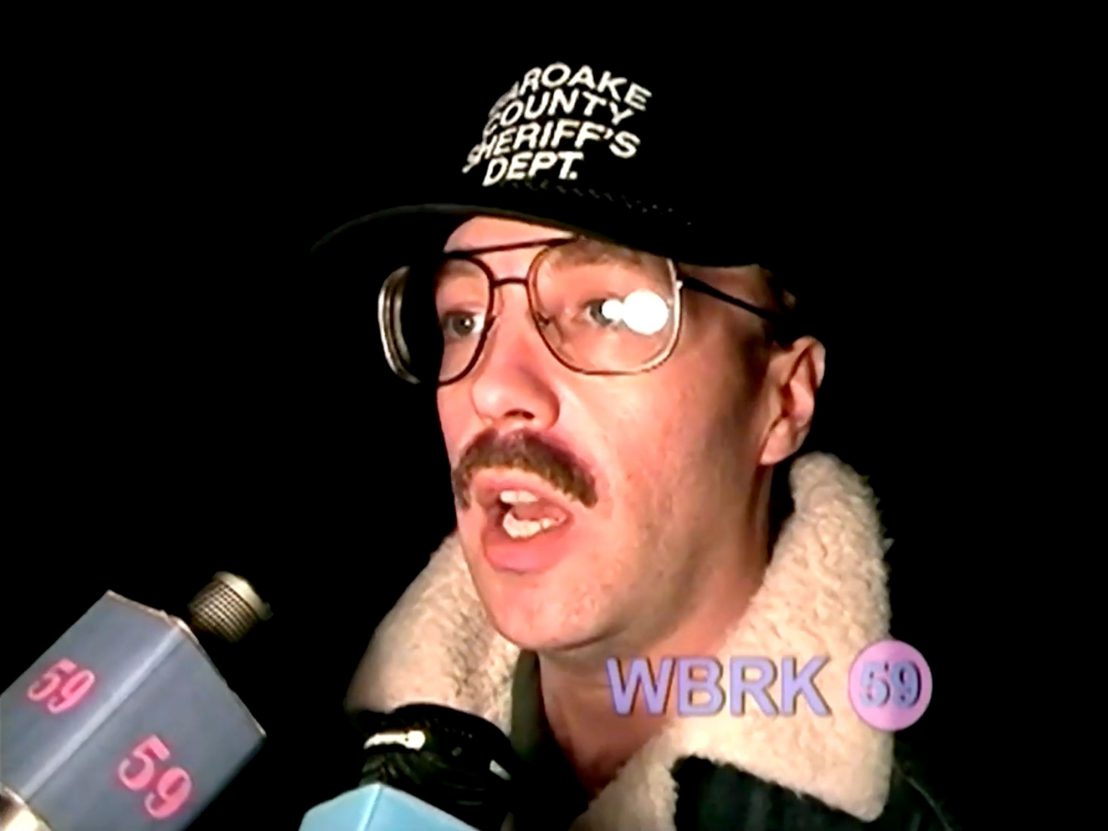 We know from the beginning how a filmed expedition into New Jersey’s remote Pine Barrens in search of the legendary Jersey Devil will end, because it has already ended. On the night of 15 December, 1995, cable TV host Stefan Avkast (Stefan Avalos) went missing while doing a location broadcast, leaving behind only his hat and a lot of his blood splattered nearby, while the copses of his brutally murdered co-host Locus Wheeler (Lance Weiler) and their sound man Rein Clackin (Rein Clabbers) were later found scattered in pieces not far from the campsite.

Only their guest and guide, the magician/clairvoyant Jim Suerd (Jim Seward), appears to have walked out of the forest unscathed and confused, claiming to have no idea what happened to the rest of the crew. After police found an item of clothing in Suerd’s home splashed with traces of blood from all three of his colleagues, the reclusive psychic was arrested, tried, and sentenced to life imprisonment for Wheeler and Clackin’s murders, only to die in his cell under questionable circumstances.

Now filmmaker David Leigh (David Beard) is making a documentary on the incident, trying to uncover answers to the questions, “why would a man commit such murders… what really happened that night, and is Jim Suerd truly responsible?” By the end of Weiler and Avalos’ sophisticated horror mockumentary The Last Broadcast, the last two of those questions will have been answered in an unequivocal – if unexpected – way, while the first will remain a mystery.

“The following people are not actors,” reads text near the beginning of The Last Broadcast. It is a statement that comes with layers. On the one hand, it is variant on the ‘based on a true story’ claim made at the beginning of many horror films: an authenticating assertion of veridicality, even if in fact it already forms a part of the film’s fiction.

On the other hand, it is a true statement, if perhaps not quite in the way that viewers might imagine. Most of the cast members here are genuine non-professionals, appearing in this film for their first and only on-screen role. Accordingly, much as Avkast and Wheeler’s gonzo show is called Fact or Fiction, and investigates the paranormal, both Avalos and Weiler’s own feature and Leigh’s documentary within it set the viewer sorting fact from fiction, and reality from its framed, mediated and manipulated presentation.

This quest for truth unfolds not just within the film’s diffracted narrative, as an event is examined and reexamined through not always reliable evidence and newly emerging videotapes, but also at a formal level, as The Last Broadcast insists upon its own status as a documentary, and adopts all the tropes (talking head interviews, police tapes, to-camera commentary, archival footage, newspaper headlines, etc) of that genre, while in fact being a work of fiction. Even a cursory look at the cast list will reveal that the performers here are not playing themselves, but near namesakes, in a tantalising approximation of actuality.

Leigh’s dogged pursuit of this forgotten case, and his determination to reveal the truth behind it, will turn out to be an ancient, Oedipal impulse, updated to a technological world. The Last Broadcast takes place not just at the ever-shifting boundary between fact and fiction, but also at a strange intersection between the primordial and the postmodern.

Avalos and Weiler’s film and Daniel Myrick and Eduardo Sánchez’s The Blair Witch Project both featured a doomed expedition, all captured on portable cameras, into the deep, dark woods, and both helped kickstart a ‘found footage’ horror movement that would explode in the mid 2000s. Yet despite their overlapping productions (The Blair Witch Project was released a year after The Last Broadcast, but conceived before it), these two films were made in complete independence and isolation from each other, and their similarities are not the result of theft or influence, but rather a coincidental response to something buzzing in the airwaves of the Zeitgeist.

Both these horror mockumentaries emerged at a time when nascent technologies were coming into their own. The Blair Witch Project was famously one of the first films to promote itself with a highly successful online viral campaign. Meanwhile, not only does The Last Broadcast purport to show Fact or Fiction’s field recordings from the world’s first live simulcast of a programme both online and on cable, but The Last Broadcast itself was the first ever feature shot and edited entirely on consumer-level digital equipment.

“These were murders of a high-tech age,” as Leigh says in his voiceover, featuring “children of a digital age” who use the latest tech at their disposal to get the truth out there, and who are addicted to the intimacy and anonymity of Internet Relay Chat. All these technological innovations offer an opportunity to tell ancient stories in new ways.

The second half of Avalos and Weiler’s film (and Leigh’s documentary) hinges on the last missing video shot by Wheeler and Clackin before their deaths – video which had, like Akvast, vanished, but which has mysteriously been delivered in a box on Leigh’s doorstep, in damaged strips. Leigh hires “magnetic media recovery expert” Michelle Monarch (Michele Pulaski) to go through the painstaking process of retrieving whatever secrets this found footage might hold, perhaps casting new light on a very cold case, or even identifying a killer.

Indeed, The Last Broadcast is a work of investigation and reconstruction: it involves the reenactment of a trek into the primal woods, the recovery of bodies and DNA and the reassemblage of gravely fragmented video – all pieced together to offer a mosaic picture of a crime that hides in plain sight, or possibly a distraction from what is being kept just out of frame. “It is as though the Jersey devil is a monster reborn in a digital age, reborn on the internet,” Leigh will say. “A demon captured on IRC logs, mangled video, whispers in the dark.” Here indeed, the Jersey devil is in the digital details – and when this monster finally shows its face, it does so in a way that demonstrates how easily manipulable these new media are.

The big surprise reveal in The Last Broadcast is the only part of the film shot extradiegetically, with cameras being operated by no character from within the narrative. While this might lend the denouement a semblance of objectivity, it is also notable that it expressly takes place on the 1 April, 1997 – April Fool’s Day. Here everything is overtly shot, edited and mediated; the illusionist’s trick and the prank rule; and perhaps nothing, aside from the materiality of the mysterious woods themselves, is real.

The Last Broadcast is released on Blu-ray from 6 December via 101 Films. 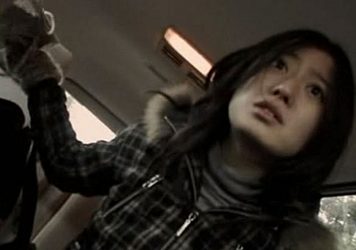 Unlike most possession-based pseudo-documentaries, this 2005 J-horror delivers its biggest scares in broad daylight. 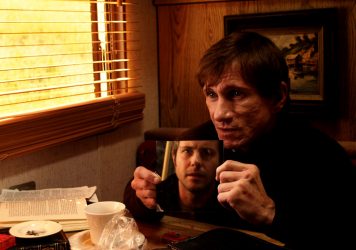